Britain’s government vowed on Monday to do ‘whatever it takes’ to protect football, raising the possibility of invoking competition law to block a proposed new European Super League by breakaway clubs 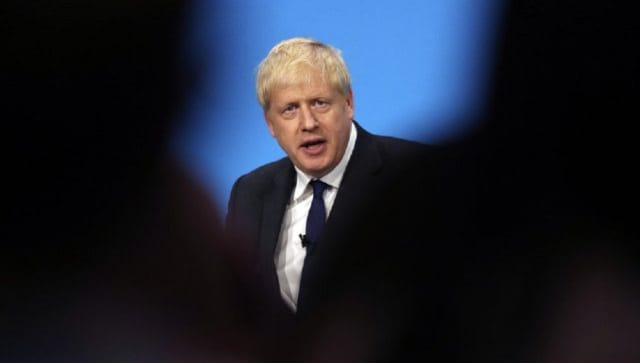 London: Britain’s government vowed on Monday to do “whatever it takes” to protect football, raising the possibility of invoking competition law to block a proposed new European Super League by breakaway clubs.

“Our message to them was clear: they have our full backing,” he told parliament.

“But be in no doubt, if they can’t act, we will. We will put everything on the table to prevent this from happening,” the minister said, vowing a “very robust response”.

Prince William, the English FA’s president and grandson to Queen Elizabeth II, said he “shares the concerns of fans about the proposed Super League and the damage it risks causing to the game we love”.

Six English Premier League clubs are part of the breakaway bid, along with three teams each from Italy and Spain.

Dowden said the English clubs could find themselves subject to a formal review under British anti-trust law, which prevents the formation of monopolies or corporate cartels.

The government was also examining reform of club governance, to look at their finances and the possibility of an independent regulator for football, he said.

And the government formally triggered the much-delayed launch of a fan-led forum to investigate the future of football in Britain.

Dowden said the forum would look at ideas such as emulating Germany’s model of fans enjoying majority control at their clubs.

The government is also not ruling out barring the entry into England of players from the breakaway clubs in Italy and Spain, now that Britain has left the European Union definitively and has regained full control over its borders.

“Put simply, we will be reviewing everything the government does to support these clubs to play,” Dowden said. “We will do whatever it takes to protect our national game.”

“We are going to look at everything that we can do with the football authorities to make sure that this doesn’t go ahead in the way that it’s currently being proposed,” he told reporters.

“They’re also clubs that have originated historically from their towns, from their cities, from their local communities. They should have a link with those fans, and with the fan base in their community.

“So it is very, very important that that continues to be the case.”