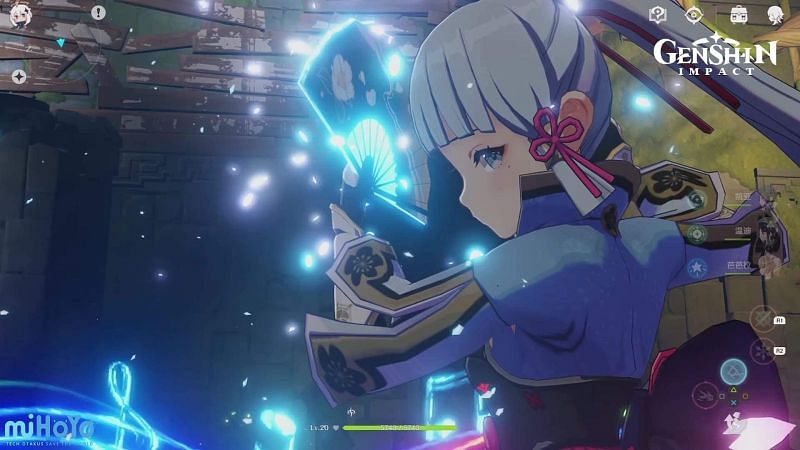 Everything known about Ayaka and Yoimiya so far

The Genshin Impact leaks concerning Ayaka and Yoimiya are quite fascinating as far as information goes.

There is a stark difference between the Genshin Impact leaks that discuss Ayaka and those that discuss Yoimiya. For starters, Yoimiya doesn’t even have a model revealed; she’s simply just some data that has been datamined from Genshin Impact leakers. For comparison’s sake, info on Yoimiya is a lot more limited compared to info on Ayaka.

While Yoimiya comes from a more modern leak, Ayaka has been leaked a long time ago, right around the time when Genshin Impact was in closed beta. Given how long ago that was, a lot of things could be changed for her when she is finally released (such as the numbers on her kit).

With that in mind, this article will cover the non-technical aspects of these characters in Genshin Impact.

Ayaka and Yoimiya in Genshin Impact

As mentioned previously, Yoimiya has no known model. However, that doesn’t mean that there is no info on what she will most likely look like in Genshin Impact. Of course, Ayaka has far more info leaked about her, so it will be easy to cover that later in this article.

Unlike past leaks with Kazuha and Eula, there is no leak confirming the arrival date of Ayaka. The above tweet is largely a “he says, she says” type of leak. Hence, players should temper their expectations for when Ayaka could arrive in Genshin Impact.

Ayaka’s full name is Kamisato Ayaka, and her description reads:

“The princess of the renowned House Kamisato of Inazuma. She’s the embodiment of nobility and elegance.”

Judging by the first sentence, Ayaka will be relevant to the Inazuma expansion when it arrives in Genshin Impact.

Ayaka is a five-star sword user capable of using the Cryo vision. As far as her skillset goes, her Elemental Skill is known as Kamisato Art – Hyouka, which is essentially a small AOE of Cryo that surrounds her. It’s a bit on the slow side, but it does have good range.

Ayaka’s alternate sprint is known as Kamisato Art – Senho. It’s essentially a buffed version of Mona’s sprint, as Ayaka is capable of traversing through Genshin Impact’s bodies of water in the same way, yet it also has a purpose in combat. Players who use it will inflict Cold on nearby foes, which will also convert her Attack DMG into Cryo DMG for a short while.

She’s a mage with frost based magic attacks. pic.twitter.com/mRagtV6083

This works superbly with her last passive, Amatsumi Kunitsumi Ihahigoto. If an enemy has 30% or less HP, then Ayaka will mark them. This will eventually allow her to immediately attack them, dealing Cryo DMG as a Charged Attack equal to 300% of her current ATK.

Ayaka’s Elemental Burst is Kamisato Art – Soumetsu, which is an impressive move that creates a bladestorm after she does a few slashes. These bladestorms continue to deal Cryo DMG, which goes nicely with one of her constellations that create more bladestorms.

For a more in-depth look into Ayaka’s skillset, including her constellations, check this link out.

As shown above, Yoimiya does not have a visible model for the public to see right now. However, she is described as a somewhat revealing shrine maiden in other leaks. Of course, one leaker’s opinion on what is considered “revealing” isn’t too helpful for most Genshin Impact players.

Still, Yoimiya is known to be a five-star bow wielder capable of using the Pyro vision. She will likely outclass Amber, as she is capable of lighting her arrows on fire with moves known as “AimShoot_BombArrow” and “Arrow_Bomb.”

Any skillset about the new hero hasn’t been properly leaked as of yet, much to the dismay of Genshin Impact fans. Much like Ayaka, there is no concrete evidence to suggest when she will be released.

When will these two new characters be released?

There is no definitive answer for when Ayaka and Yoimiya will be released. Considering how long ago Ayaka was leaked, one would’ve assumed that she would have been released by now. More info related to these two new characters will likely be released once Inazuma is finally out.

Hopefully by then, there will be actual details to discuss in relation to Yoimiya, who could always be cut. As always, fans should remember that leaks can differ from the final product.