Hubble celebrates 31st anniversary with image of one of the largest stars in the Milky Way- Technology News, Technomiz

For the Hubble Space Telescope’s 31st Anniversary, it captured an image of one of the brightest stars seen in our galaxy. Called the celebrity star, because of its brightness, the star is surrounded by a glowing halo of gas and dust making it look larger than it is supposed to be. However, the star is paying a high price for its opulence as it lives on the edge, fighting gravity and radiation to avoid self-destruction. According to an ESA report, this star is fighting the radiation pressure from within itself pushing outward and gravity pressing inward.

Named AG Carinae, it is a few million years old and has been existing some 20,000 light-years away inside the Milky Way. This big star is up to 70 times larger than our Sun and shines with the brilliance of one million suns. 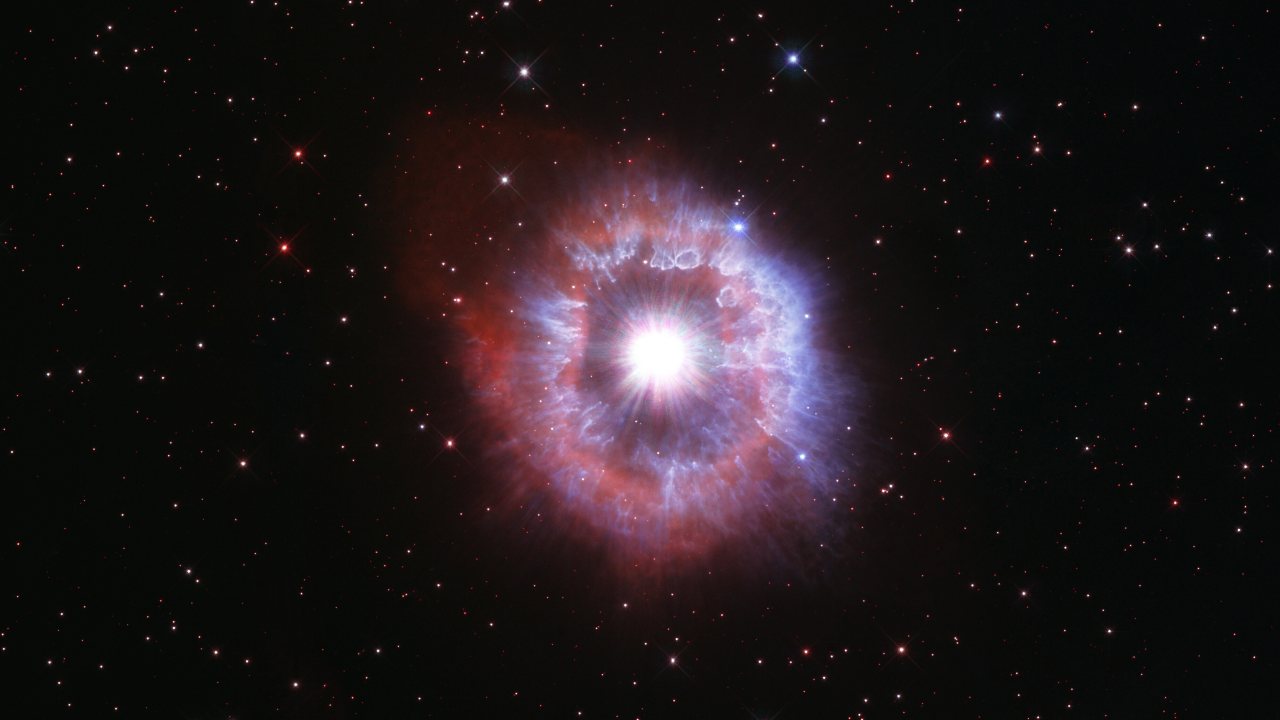 In celebration of the 31st anniversary of the launching of NASA’s Hubble Space Telescope, astronomers aimed the renowned observatory at a brilliant “celebrity star,” one of the brightest stars seen in our galaxy, surrounded by a glowing halo of gas and dust.
Credits: NASA, ESA, STScI

“I like studying these kinds of stars because I am fascinated by their instability. They are doing something weird,” said Kerstin Weis, a luminous blue variable expert at Ruhr University in Bochum, Germany.

The star structure was created about 10,000 years ago from one or more giant eruptions. The outer layer was blown into space like a hot teapot exploding its lid. These eruptions are the typical life of a star called a luminous blue variable. These stars are among the most enormous and brightest stars ever.

A luminous blue variable star or an LBV star only casts off material when it is in danger of self-destruction says ESA.These star are rare with fewer than 50 LBV’s known among the galaxies. They spend tens of thousands of years in this phase. When they die, they are supposed to end their life in a titanic supernova blast, which will enrich the Universe with the heavier elements beyond iron.

Here are some of the most prominent features of this star:

The image was captured in visible and ultraviolet light. NASA’s Hubble Space Telescope is perfectly suited for ultraviolet-light observations because its wavelength range can only be viewed from space.