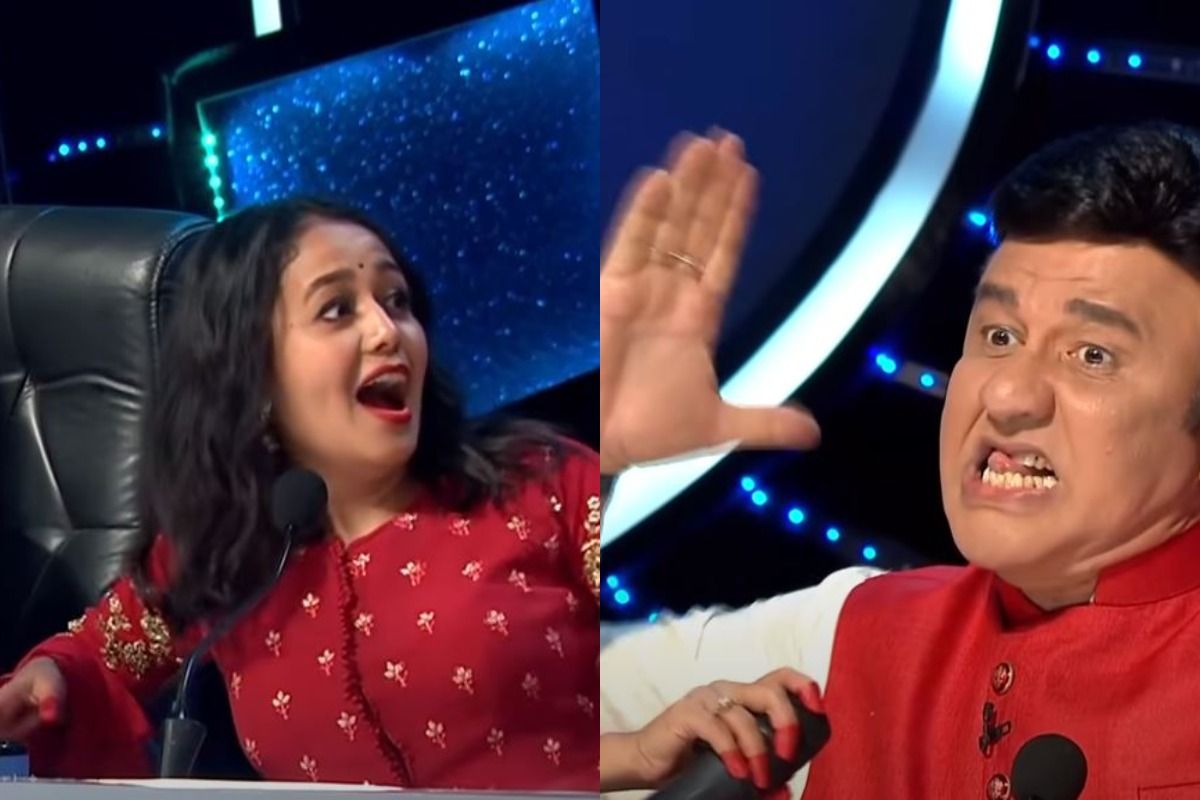 Mumbai: Ever since the singing-reality show Indian Idol aired on the television for the first time, viewers enjoyed the audition round of the show as they were hilarious leaving people to go ROFL. One such video from season 11 of Indian Idol is going viral on social media where judges Anu Malik, Neha Kakkar, and Vishal Dadlani were left into splits during the performance of a contestant named Pawan Kumar. Also Read – Neha Kakkar Pays Tribute To Sushant Singh Rajput As She Melodiously Sings ‘Jaan Nisar’ | WATCH

In the video, he can be seen leaving the judges stumped with his off-key singing. Listening to his un-melodious singing, Anu Malik slapped himself several times, Neha was in shock and Vishal puts his hand on his head and winced in pain. Pawan Kumar sang the song ‘Bulleya’ from Ranbir Kapoor and Anushka Sharma starrer Ae Dil Hai Mushkil. His singing was loud and totally off-key. At one point, he got a hoarse and stopped to drink water. Anu Malik then joked, “Pani piyo! Jaise sur utar aaya hai gale se, pani bhi utrega (Drink water! The way melody disappeared down your throat, the water will too).” Also Read – Sonu Nigam Says ‘Sob Stories’ On Reality Shows Are Marketing Gimmick, Contestants Are ‘Dhurandhars’

As Anu Malik started slapping himself, Neha Kakkar tried to stop him and said, “Arre, lag jayegi (You will hurt yourself)! He is hitting himself. Awaaz aa rahi hai (The sound of the slap is reverberating).”She then held the microphone up to his face to capture the sound of his slaps. Also Read – Indian Idol 12: Shanmukhapriya Gets Trolled Again For Ruining Priyanka Chopra’s Song ‘Darling’ -Watch

This is not the first time Anu Malik slapped himself on national television during Indian Idol auditions. Earlier, a video went insanely viral on social media where he slapped himself during Neha Kakkar’s audition to demonstrate his anguish during Indian Idol season 2. In fact, he told Neha, “Neha Kakkar… Teri awaaz sun kar lagta hai main apne mooh par maaroon thappad, yaar! Kya ho gaya hai tere ko (I feel like slapping myself after hearing you sing. What happened to you)?”

Currently, Indian Idol is ongoing with its 12th season. It is hosted by Aditya Narayan and is judged by Anu Malik, Neha Kakkar and Manoj Muntashir. he shoot setup has been shifted to Daman amid the outbreak of novel Coronavirus pandemic as the shooting of films and TV shows have been put to halt in Mumbai in this situation.