The National Aeronautics and Space Administration (NASA) has released a close-up photograph of the Ganymede, Jupiter’s moon. It was captured by NASA’s spacecraft Juno during its flyby of the moon on 7 June. The icy planet’s moon can be seen through JunoCam’s green filter. The field of view of the JunoCam imager is fixed and the spacecraft has a rotation rate of 2 rpm.

In order to capture the image of Ganymede, a strip was acquired by the camera when the target passed through its field of view. Through the red, green, and blue filters, separate images were captured. These strips were attached in order to form a final coloured image. 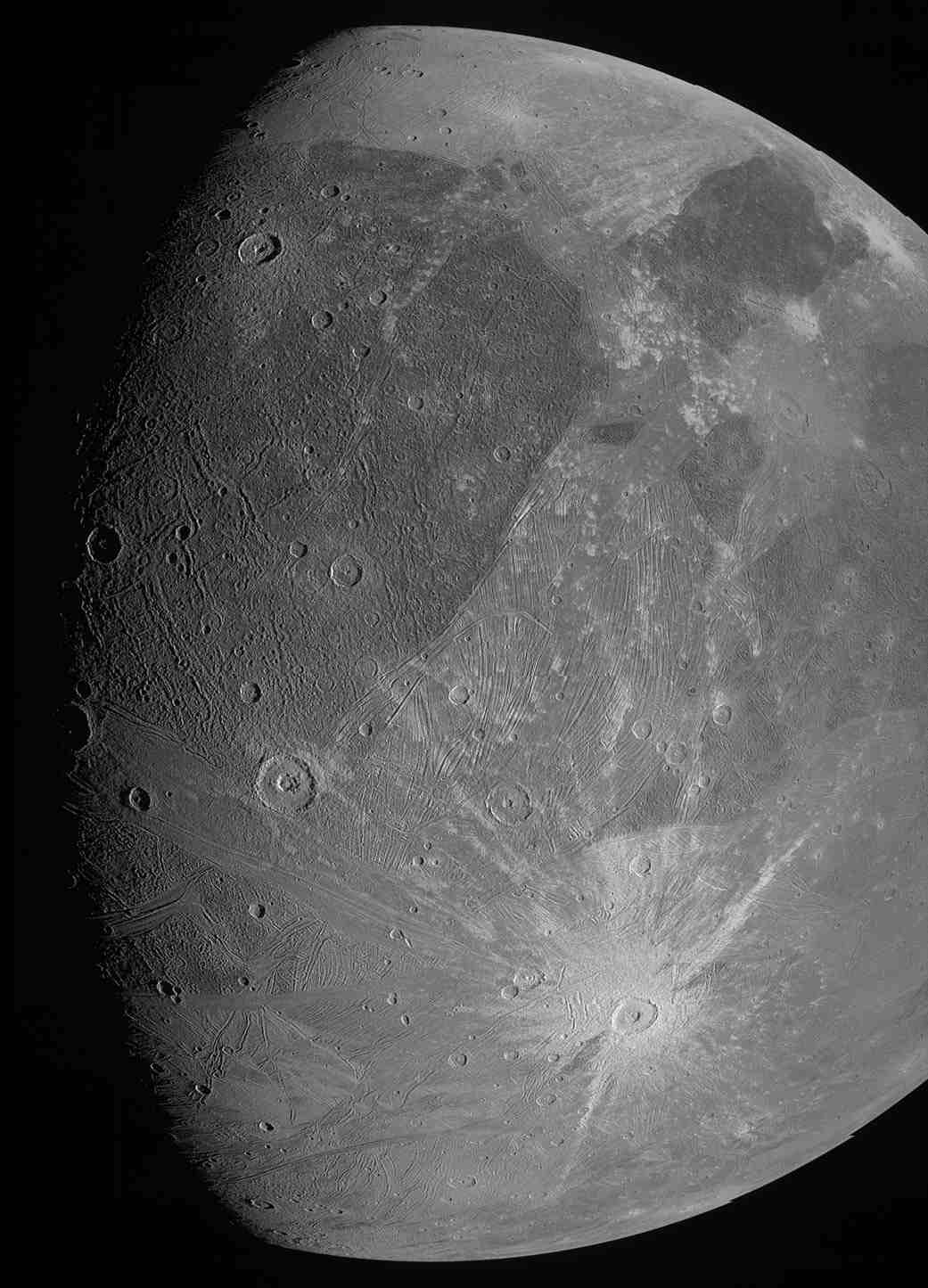 This image of the Jovian moon Ganymede was obtained by the JunoCam imager aboard NASA’s Juno spacecraft during its June 7, 2021, flyby of the icy moon. Image credit: NASA

A preliminary photograph of the moon’s surface has been shared by NASA. The image has captured an entire side of Ganymede. A NASA blog shares that the image resolution is one kilometre (0.6 miles) per pixel.

Along with the image captured by JunoCam, another photograph of Ganymede was clicked by the Stellar Reference Unit camera. It captured the side of Ganymede which is away from the sun. This image of the dark side of Ganymede was obtained by Juno’s Stellar Reference Unit navigation camera during its June 7, 2021, flyby of the moon.
Credits: NASA/JPL-Caltech/SwRI

Commenting on the development, Juno’s radiation monitoring lead at the Jet Propulsion Laboratory (JPL), Heidi Becker said that it would be fun to see what the two [JunoCam and Stellar Reference Unit] can piece together.

See also  Battlegrounds Mobile is not the Indian version of PUBG Mobile, but rather an exclusive game created by Krafton for Indians: Luv “GodNixon” Sharma

The JunoCam has explored Ganymede closely around 21 years after NASA’s Galileo spacecraft swung by it. Juno spacecraft came within 1038 km (645 miles) of the largest moon in the solar system. Researchers aim to understand the magnetosphere, ice shell, composition, and ionosphere of Ganymede through the findings of Juno.

Ganymede is one of 79 known moons that orbit Jupiter. Italian astronomer Galileo Galilei discovered the moon in 1610 when he also discovered three other biggest moons of Jupiter. Ganymede is larger than Mercury and is the only moon that has a magnetic field.