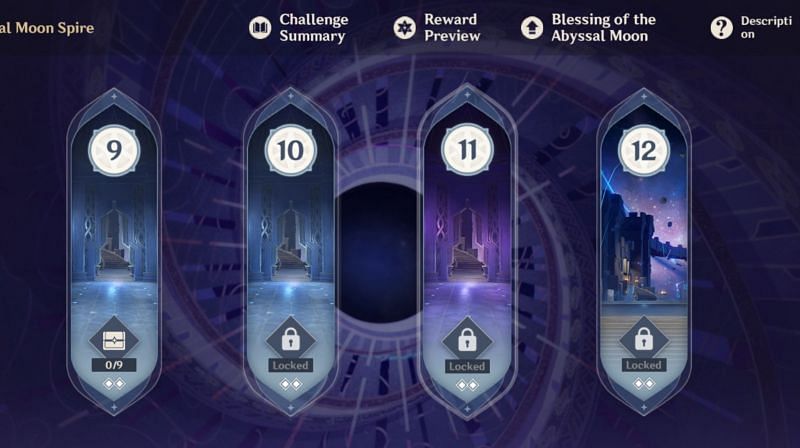 The Spiral Abyss in Genshin Impact is ever changing, and the buffs and challenges that players face are constantly shifting, providing a new experience each time.

Players must utilize these buffs to their advantage to get as many Primogems from this challenging gauntlet as possible. With foreknowledge of these buffs, players can plan their teams in advance to get the most out of the new Spiral Abyss rotations. Players can learn more about the upcoming challenges here.

1.6 Spiral Abyss phase 1: Enemy affected by swirl releases a shockwave that deals AoE damage to nearby enemies. Up to one shockwave every 3.5 seconds. pic.twitter.com/G11v3MLOKR

Genshin Impact 1.6 leaks have revealed several of the 1.6 Spiral Abyss phases, and players can get a sneak peek at the future Spiral Abyss challenges here.

The first new phase coming to update 1.6 is a phase that will cause a Shockwave to deal AOE damage to enemies affected by Swirl. This will release a Shockwave every 3.5 seconds, making it very useful for characters like Venti or Sucrose to take advantage of some free damage. Players should make use of this to deal with large groups of enemies with ease.

1.6 Spiral Abyss phase 2: When a character procs swirl on enemies, all team members recover 4 energy. This effect can occur up to once every 3.5 seconds. pic.twitter.com/HCS6qO2cbB

The second phase of the Genshin Impact 1.6 Spiral Abyss will feature Swirl again, this time providing all team members with 4 Energy every time a Swirl reaction is triggered. This will be very useful for characters to spam their Elemental Bursts, as the constant influx of Energy will keep characters topped up. Players should take advantage of their Anemo characters to make the most of this phase.

1.6 Spiral Abyss phase 3: When the character on the field procs swirl on enemies, an aura will form at the current location of the character. Enemies inside the aura take damage every 2 seconds, over a total of 8 seconds.

This aura can be procced up to once every 9 seconds. pic.twitter.com/JluSLdNxCd

The final Abyss phase of Genshin Impact 1.6 has the most interesting buff of all. When Swirl is procced on an enemy, a field will form around them and deal consistent damage over 8 seconds. Depending on the amount of damage this deals, it could provide a huge DPS boost to any team utilizing an Anemo character. Players with grouping characters like Venti or Sucrose will definitely have to take advantage of this possibly powerful buff.

The Spiral Abyss is the best way for players to test their teams and figure out what needs to be improved, while getting some extra Primogems as a reward. Players should always make the most of an Abyss rotation while they can, as it is a great source of training and Primogems.