The new 2021 Suzuki Hayabusa has been launched in India at Rs 16.40 lakh (ex-showroom). The new Hayabusa made its global debut in February this year and has been introduced in the Indian market roughly three months later. Just like the previous-gen model, the 2021 Hayabusa will also be assembled at Suzuki’s facility in Haryana, and it costs around Rs 3 lakh more than the outgoing Hayabusa, which was priced at Rs 13.75 lakh. Deliveries of the new Hayabusa will begin in the month of May, and bookings for the superbike will soon open online. Deliveries of the new Suzuki Hayabusa will begin in the month of May. Image: Suzuki

A cursory look will have most people wondering if the new Hayabusa is new at all. After all, it retains its predecessor’s look to a great extent, and is still a pretty long motorcycle with a relatively bulbous fairing. However, Suzuki has chiseled the Hayabusa’s bodywork, so it now looks sharper and has more definition on the surface.

The stacked LED headlights are new and are flanked by LED DRLs that double up as turn indicators – a first for a Suzuki motorcycle. The completely redesigned tail-lights are all-LED as well, and also function as turn indicators to eliminate the need for a separate set of blinkers and make the new Hayabusa as aerodynamically efficient as it can be. In fact, the design tweaks have been dictated by a need to match the second-gen bike’s aerodynamic efficiency, and Suzuki claims the new Hayabusa’s drag coefficient is among the best in the world for street-legal motorcycles. The 2021 Suzuki Hayabusa will be assembled in Haryana. Image: Suzuki

On the face of it, not much has changed with the new Suzuki Hayabusa’s engine. It’s still the same inline-four unit, and even has the same 1,340 cc displacement. However, Suzuki has refined and lightened the pistons and conrods to further enhance engine performance. The new Busa complies with Euro 5 emission norms (equivalent to India’s Bharat Stage 6 norms), and unsurprisingly, is a little less powerful than its predecessor, making 190 hp and 150 Nm. That said, Suzuki promises improved power delivery and more mid-range torque, and most importantly, the new Hayabusa is said to be quicker – it’ll do 0-100 kph in a claimed 3.2 seconds and go on to a ‘nominal’ top speed of 299 kph. Suzuki chose not to equip the Hayabusa’s engine with variable valve timing with a view to keep costs low and maintenance easy.

While the new Hayabusa retains the twin-spar aluminium chassis of the second-gen bike, it features a lighter sub-frame and also gets a new exhaust system (with hexagonal exhaust cans), which help bring kerb weight down to 264 kg, a reduction of 2 kg over the outgoing model. Just like with the rest of the bike, Suzuki opted against making a radical change to the Hayabusa’s construction as the aluminium frame was more balanced than the alternatives. 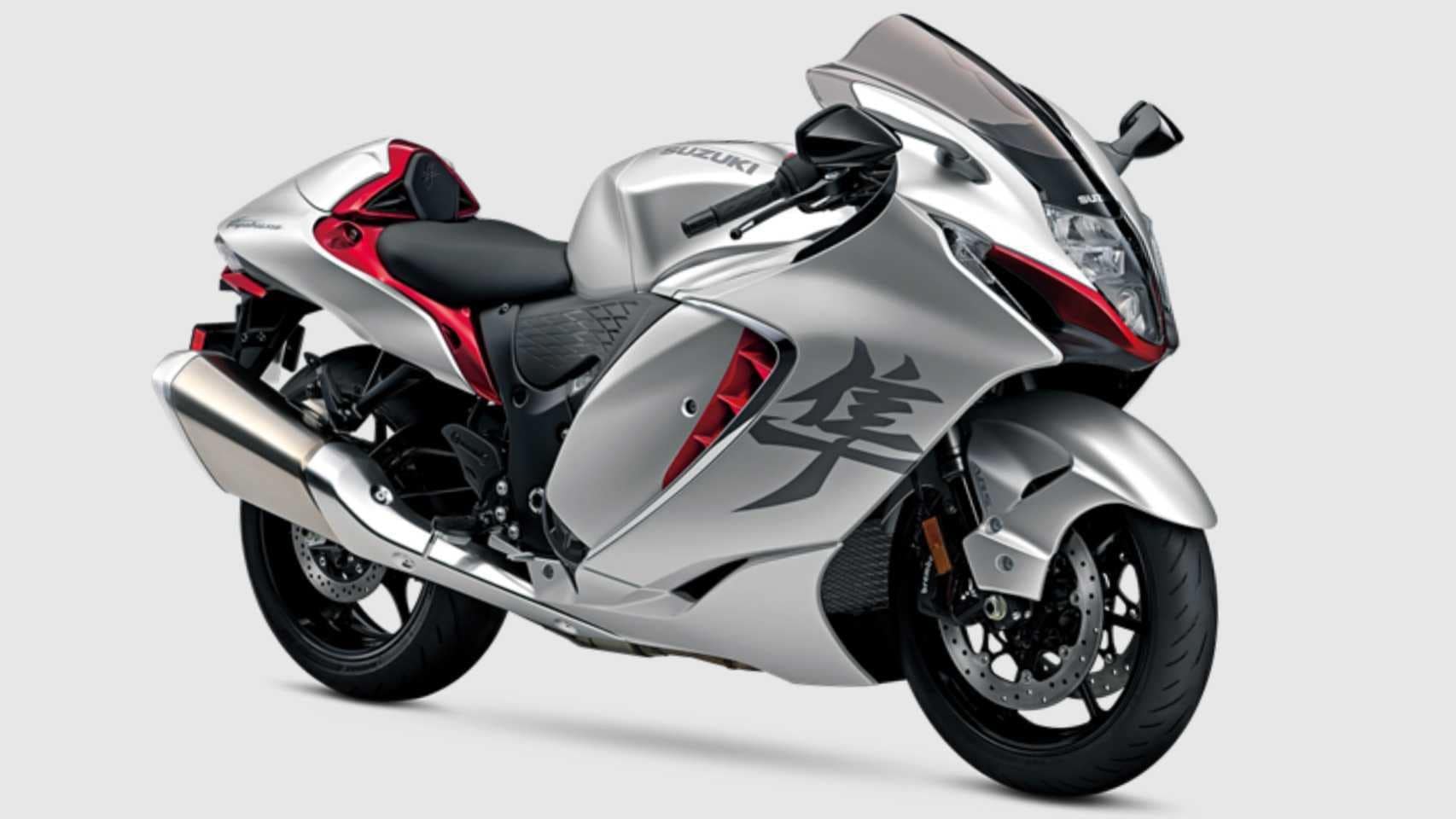 Suzuki claims the new Hayabusa’s drag coefficient is among the best in the world for street-legal motorcycles. Image: Suzuki

The new Hayabusa gets a fully-adjustable upside-down fork from KYB, and an adjustable KYB monoshock at the back. Once again, Suzuki has avoided adding electronic adjustment or semi-active suspension in the interests of keeping costs and complications low. The Hayabusa gets redesigned seven-spoke alloy wheels and has Brembo Stylema monoblocs up front with twin 320mm discs, and a single 260mm disc at the back. With this setup, Suzuki says the new Hayabusa’s braking performance will be a step forward from that of the outgoing bike.

What Hayabusa fans will surely love is how Suzuki has retained the analogue dials for the instrument cluster but has freshened up the arrangement and added an LCD screen between the dials to relay vital information. That said, the new Hayabusa doesn’t get any new-age connectivity features, a decision taken once again to keep things relatively simple. Rider ergonomics have been tweaked, with the handlebar now sitting 12mm closer to the rider to make long distance journeys more comfortable.