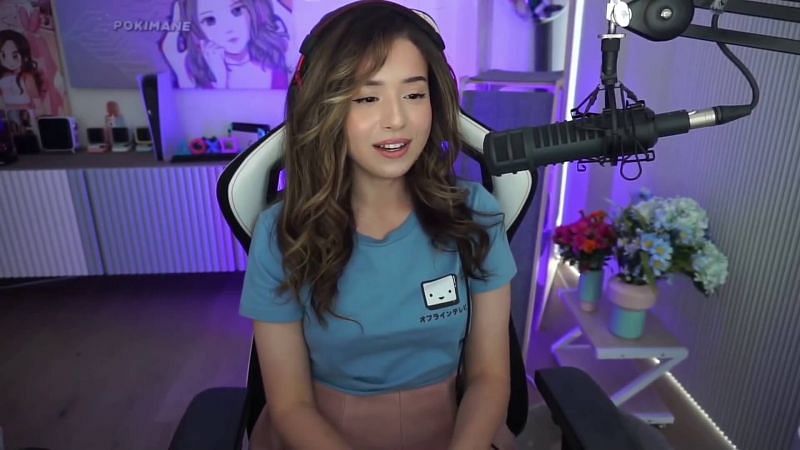 Pokimane throws shade at streamers who have a “Subscriber goal”, calls it a sly marketing trick

During a recent stream on her Twitch channel, variety streamer Pokimane weighed in on the subscriber count that certain Twitch streamers display in their streams and shared why she disapproved of it. While making the statement, Pokimane didn’t take names, but it was mostly a thinly veiled jab at streamers like Hasan and Mizkif. Her chat soon began spamming their names and eventually got a reaction from her.

During a ‘Just Chatting’ portion of her stream, Pokimane got candid with her chat and discussed the ‘subcount streamers’ situation and her opinions on it:

I think the highest like subcount I’ve ever showcased as like ‘Hey guys, help me get to this goal’ is maybe 2-3k. People who have like 50k subs and they’re like 51k…. I really hate saying potentially controversial stuff or telling people what to do but I do personally find that a little bit off putting. To think you make so much money, you must be very very well aware of this as being such an easy and clear marketing tactic to try to convince people to give you even more money, that’s crazy. It’s not really necessary.

Soon after sharing her thoughts, her chat began spamming mentions of Mizkif and Hasan both having 40000+ subscriber counts on their channel at all times.

Considering Twitch’s average revenue share model on subscriptions, streamers make around 50% of the 5$ subscription charge, which puts Mizkifs and Hasan’s stream profits well over 20,000$ off of subscriptions alone.

With brand deals, sponsorships and donations in the mix, these streamers stand to make a lot more money than salaried esports professionals. With this in mind, Pokimane finds that using a subcounter to push viewers into giving streamers more money is “unnecessary” and “off-putting”.