Day 2 of the 2021 League of Legends MSI Rumble Stage has concluded, and the table is slowly shaping up for the top four teams to qualify for the semifinals.

Even though the rumble table looks sorted, a total of six games are still left on the schedule for each team for the time being. So fans can expect a shuffle in positions after the second phase of the Rumble Stage, set to wrap up on May 18th.

It’s been a dream run for Royal Never Give Up in the 2021 Mid-Season Invitational as they are yet to lose a match in the tourney. The LPL representatives have won all 12 games at this year’s MSI without losing a single tier 2 tower.

Here’s how things stand at the end of Rumble Stage Day 2 of League of Legends MSI 2021. 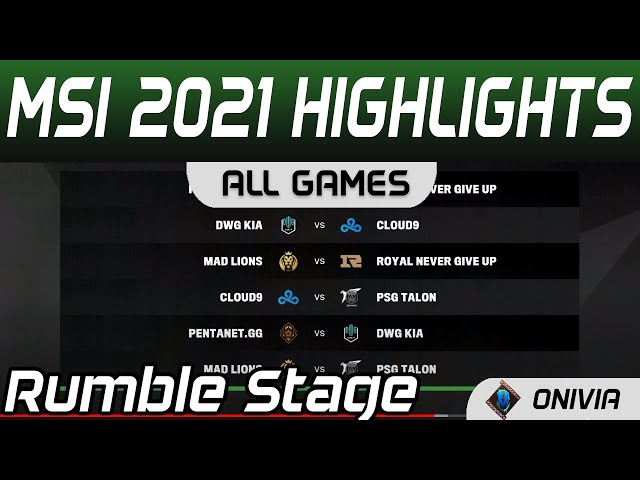 The bad forms of Robert “Blaber” Huang and Luka “Perkz” Perkovic have turned out to be clouds on the horizon for Cloud9, as they are yet to see their first victory in the Rumble Stage after four games.

See also  Eleven astronauts and cosmonauts crammed into ISS, the biggest 'crowd' in over a decade- Technology News, Technomiz

Meanwhile, PSG Talon, the surprise participants at the 2021 Mid-Season Invitational, keep things on par with teams from the major regions.

The League of Legends Pacific Championship Series Spring champion is currently fourth in the table behind RNG, MAD, and DWG. If they manage to keep up their form in the second round of the Rumble Stage, fans might see wonders.