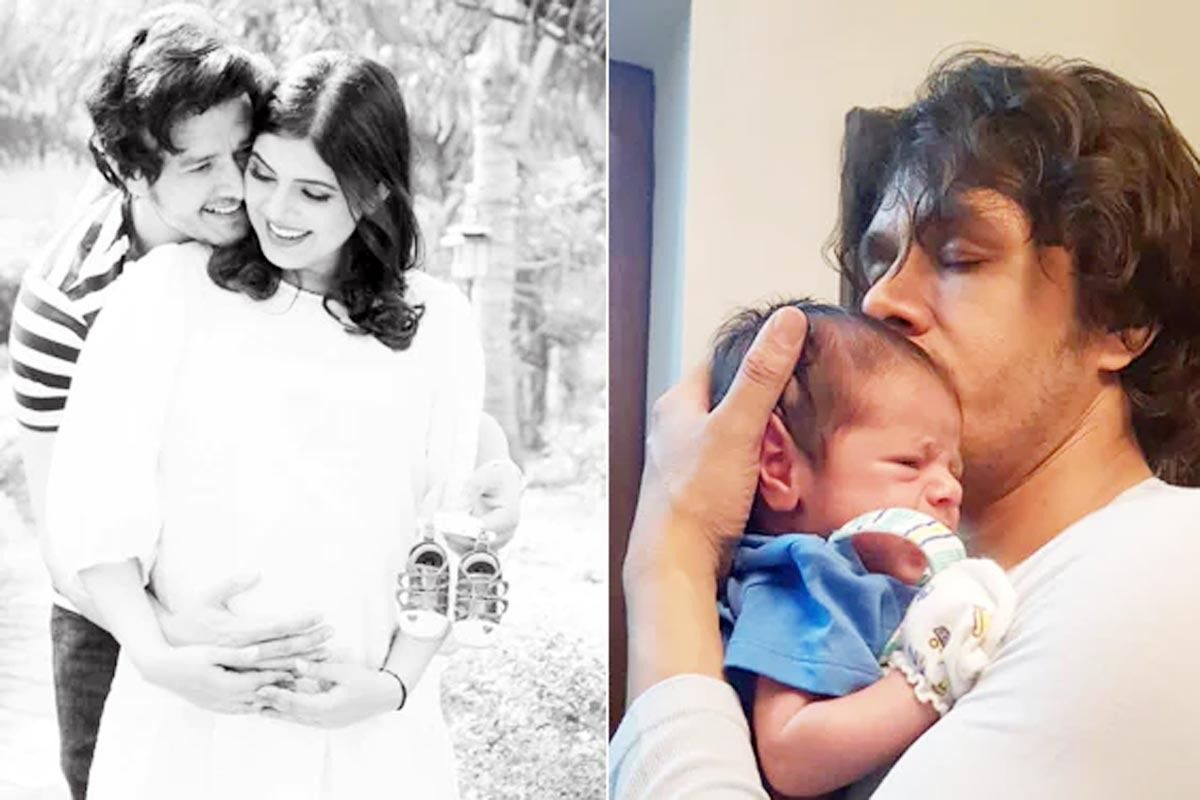 Mumbai: TV actor Aniruddh Dave’s wife Shubhi Ahuja rushes to the hospital, leaving behind their two-month-old baby, as he gets critical. Aniruddh was shifted to ICU after testing positive for Covid-19. Taking to Instagram, she penned down an emotional note and shared a picture of the actor holding his baby. She revealed that Aniruddh is ‘critically suffering at the moment’ and she is having the toughest time of her life. Also Read – Delhi Lockdown Extended By Another Week: Here’s What’s Open And What’s Shut in National Capital

She wrote, “While im on d way to Aniruddh whos critically suffering at d moment .. i had to leave back home my 2 month old Anishq and this definitely a biggest challenge i have faced as he on one side he is dependent on me as i ws nursing him & on d other side i need to be beside Aniruddh as well .. Having d toughest time of my life . PLEASE PRAY ,I request every dear ones, our frds,family, colleagues,fans of Aniruddh. Is waqt Mere Aniruddh aur Anishq ke Papa ko aapke prayers ki bahut bahut zarurat hai .. hum sab milkar usko theek kar sakte hain .. aap sab uski wellbeing ke liye pray kare (At this point my Aniruddh and Anishq’s papa needs your prayers. All of us together can make him better. Pray for his well being).” Also Read – Kayaking, Canoeing Teams to Miss Olympic Qualifiers

Actor Nia Sharma also re-shared the Instagram post of Shubhi and wrote, “Your lil one needs you the most Annirudh.. waiting for you… Come back ! Fight it as hard as you can .. we all desperately praying for you..This is the darkest hour for our country and every news is piercing a hole in the heart. Prayers and strength to every one that have lost their own … it’s a wound of a lifetime that’ll never heal…we’re all going to live with it.”

Aniruddh was diagnosed with the coronavirus while he was shooting for a web series in Bhopal. His friend Ajay Singh Chaudhary, said to a leading daily, “He was being treated in Bhopal, but his recent reports suggest that his infection is more than normal and thus, has been shifted to the ICU. He had to be shifted to the intensive care unit, because his oxygen levels could have fluctuated owing to the infection.”

Aniruddh is known for shows such as Patiala Babes and Lockdown Ki Love Story. He also starred in films such as Shorgul and Teree Sang. He will be next seen in Akshay Kumar’s Bell Bottom.

See also  Will Sunil Grover Work With Kapil Sharma Ever Again? This Is What He Has To Say