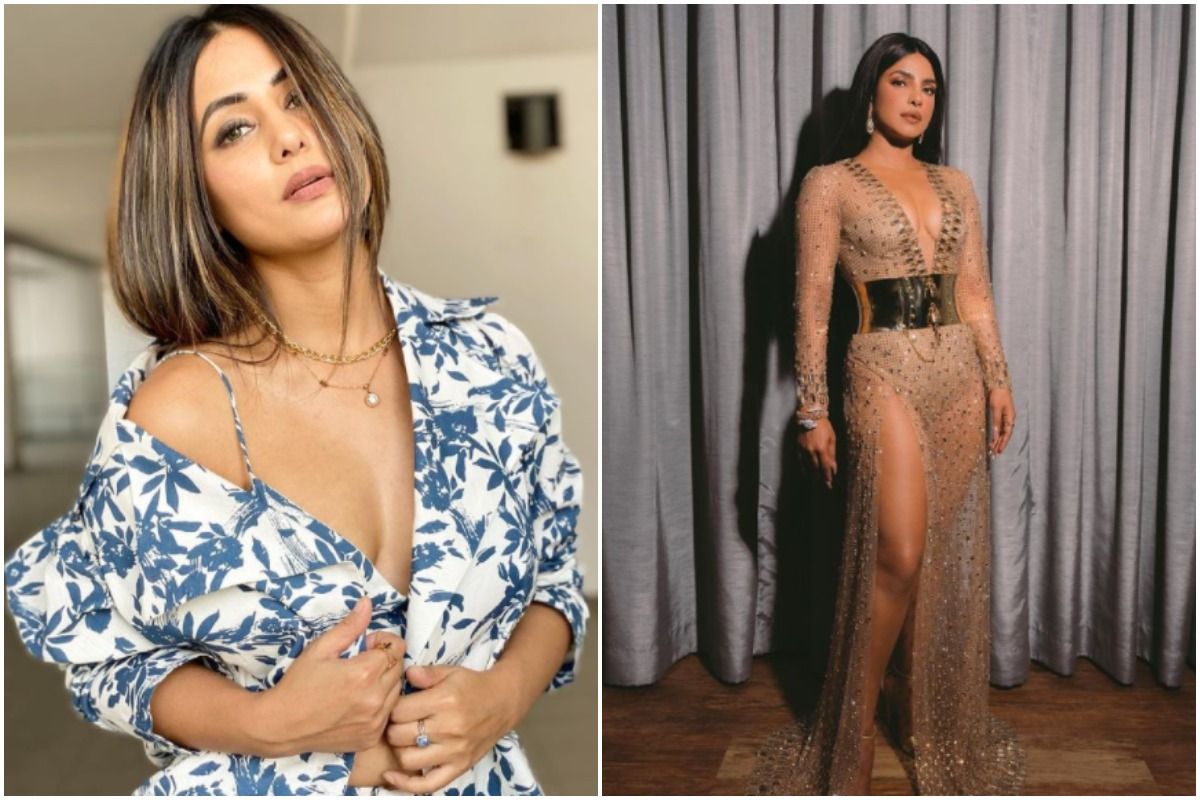 Mumbai: Hina Khan has revealed that she had received a very heart-touching message from global icon Priyanka Chopra Jonas following her father’s death. Hina, who lost her father last month, said that the message from PeeCee was really very special. Also Read – Priyanka Chopra Wore Jewellery Worth Rs 3.5 cr With Her Nude Dress at Billboard’s 2021 – Diggin’ it?

In an interview with Miss Malini, Hina Khan talked about the same and said, ”She sending me a text message after my father’s passing away, and such a long message. Not just a text message where you say ‘I am sorry, condolences’ and all…because she understands what it is to lose a father. That was really special and heart-touching.” Also Read – Priyanka Chopra on Secret to a Happy Marriage With Nick Jonas: ‘Sit Down, Talk And Spend Time Together’

Priyanka and Hina have expressed their gratitude to one other on social media ever since Hina Khan made her Cannes debut in 2019. The duo was also seen partying together after the mega event. Hina had also posted an appreciation for Priyanka later, thanking her for ‘making Hina feel at home.’ Also Read – Priyanka Chopra’s Iconic Dolce & Gabbana Metal Corset Belt Only Costs Rs 9,47,224 at Billboard Awards

Hina Khan lost her father on April 20 this year. Since then, she has repeatedly taken to social media expressing the void she feels due to her father’s absence. Hina even changed her Instagram bio to ‘Daddy’s Strong Girl.’ Earlier this month, Hina shared a note on her father’s death and called herself helpless. “A Helpless Daughter Who can’t even be with her mother to comfort her, when she needs her the most..Dear people times are tough very tough for not just us, but everyone around..But thrs a saying, Tough times don’t last, Tough people do..? And I am, was and will always be my Daddy’s Strong Girl..Send in your prayers plz Let thr be light..Dua,” she wrote.