Mumbai. Kareena Kapoor Khan has revealed the name of second son Jahangir in her book. Since then Kareena Kapoor is being trolled. Kareena’s sister-in-law Saba Ali Khan supported her. Now Swara Bhaskar has also come in support of Kareena Kapoor.

Tweeting in support of Kareena, Swara Bhaskar wrote, ‘A couple has named their child. You are not that couple. However, you have to have an opinion on what the name is and why and it is an issue in your mind on which your sentiments are hurt. So you are one of the biggest asses in this world. Swara has used Jehangir hashtag with this tweet.

Saba Ali Khan did support
Sister-in-law Saba Ali Khan also supported trolling Kareena Kapoor. Saba Ali Khan shared photos of Kareena Kapoor, Saif Ali Khan, Taimur Ali Khan and Jeh in her Insta story. Along with the photo, Saba wrote, ‘Kareena Kapoor and Saif have named their son Jahangir. Jeh… darling. What’s in a name. Live, love and let it be what it is. Children are the blessings of God.’ 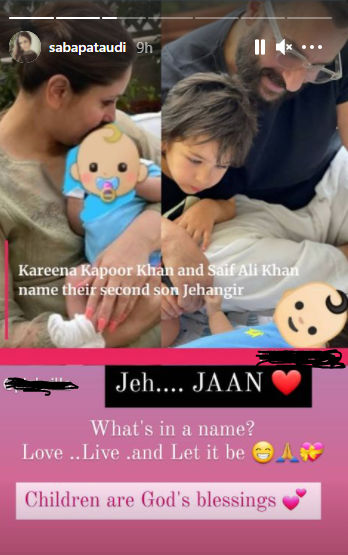 Talking about the workfront, Kareena Kapoor is now going to be seen in the film Lal Singh Chaddha with Aamir Khan. Kareena told in the book that in the fifth month of her pregnancy, she had shot a romantic song with Aamir Khan.