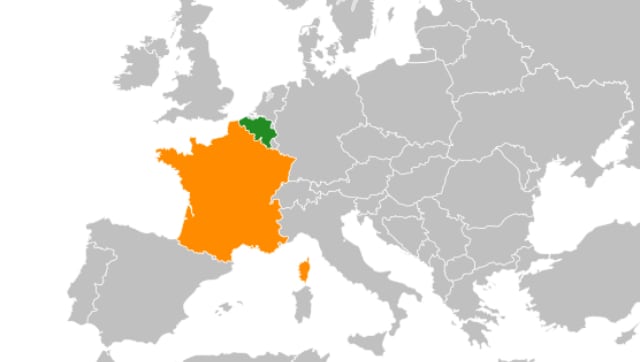 The precise location of boundaries was usually part of local knowledge, kept and maintained by members of the community. This week, a farmer in the Belgian town of Erquelinnes caused an international ruckus when he moved a stone standing in his tractor’s path.

This stone marked the boundary between Belgium and France. By moving it 2.29 metres, he expanded Belgium’s territory.

We must assume he had driven around it before — the stone was placed on this site in 1819, as part of the proceedings that established the Franco-Belgian border in 1820 after Napoleon’s defeat.

For the farmer, it stood in the way of his tractor. For the governments of France and Belgium, it was an active international border.

This story suggests a fragility to borders that contradicts their apparent solidity in an atlas or on Google Maps. Human history is, however, full of arguments about where the edges of property lie.

Nations establish their borders through treaties. Rivers are sometimes relied on to set boundaries, but even here tensions rise when there are disputes about interpretation. Is the boundary on the river banks, the deepest part of the river, or the very centre of the flow?

The fact these measurements can even be calculated is remarkable. Expecting high levels of accuracy in a map is a recent development.

The first attempts at consistent accuracy were in 19th century military maps, such as Britain’s Ordnance Survey.

Later development saw the topographical charts used by bushwalkers and mountain climbers. But only with the arrival of digital mapping did it became normal to pin-point our location on a map in everyday situations.

The precise location of boundaries was usually part of local knowledge, kept and maintained by members of the community. For centuries a practice known as “beating the bounds” was followed in parts of Great Britain, Hungary, Germany and the United States.

Members of the parish or community would walk around the edge of their lands every few years, perhaps singing or performing specific actions to help the route stick in the participants’ minds. By including new generations each time, the knowledge was passed through the community and remained active.

Beating the bounds was a tradition of spatial knowledge that carried weight — it was accepted as evidence in cases of disputed boundaries. It was also part of a larger tradition maintaining borders through physical symbolism, whether for good or bad.

Britain has a long history of using enclosure (the fencing or hedging of land) as a means to excluding the poor from accessing common resources. In contrast, in colonial Australia, the first fences were built to protect essential garden crops from scavenging livestock.

Sometimes the importance of the border was demonstrated with an elaborate marker. The Franco-Belgian stone was carved with a date and compass points, representing not only a boundary but also the end of Napoleon’s destructive wars.

Likewise, the boundary markers of Sydney from the same period included the name of the Governor, Richard Bourke.

Formality was not always required. At a local level in the Australian colonies, boundaries were often marked by painting, slashing or burning a mark into a tree. These were easy to ignore, and frustrated landholders placed public notices in the newspapers cautioning against trespassing. People constantly took timber from private properties, or grazed their livestock without hesitation wherever was convenient to them.

Landholders included descriptions of their properties — detailing landmarks and neighbouring properties — in their notices, so there could be no doubt about which land was taken.

But these descriptions formed a circular argument: the potential trespasser needed to know who held each property in order to establish whose property they were about to enter. How effective they were at actually preventing trespass remains unclear.

Rivers were an obvious boundary marker, although European settlers quickly learned how to manipulate them to suit their own needs. By quietly blocking a section of river with trees and other rubbish, they could divert its route to suit their own wishes. By the time the surveyor came to verify or reassess boundaries, the landholder had been using their stolen acres for several years.

Throughout the 19th century, Australian survey departments devoted huge resources to undoing the confusion created by manipulation and incompetence in earlier years.

When the Belgian farmer this week got fed up with going around the stone and decided to move it, he was participating in a time-honoured tradition of manipulating impermanent boundary markers. But if he was able to move it, then who is to say it had not been moved before?

Historic boundary markers like this one have a habit of being in technically the wrong place, even if they are in precisely the right place to commemorate a moment in time.

Perhaps that is where their true significance sits.