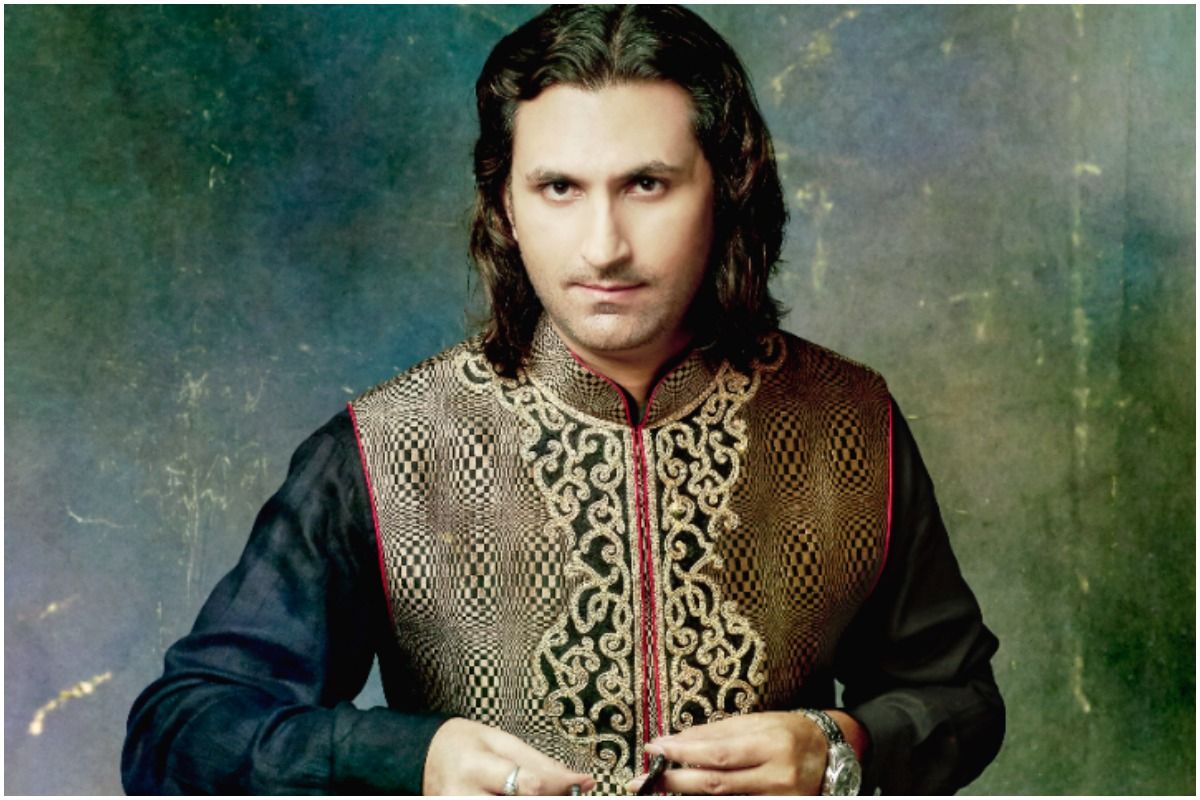 Santoor Maestro Rahul Sharma on Collaborating With Amitabh Bachchan, And Bringing Music Legends Together For Ramyug

In an interview with Technomiz, he explains all that went behind bringing all the legends together, his kind of music, and how he plans to take his father’s legacy forward. Rahul also speaks on Bollywood using classical ragas and respecting classical music. Excerpts: Also Read – Amitabh Bachchan Shares Priceless Wedding Pictures With Jaya Bachchan as They Complete 48 Years

1. How far do you think Indian classical music has come from the days when access was limited and it was considered exclusive to a few gharanas?
Today, Indian classical music has a global appreciation and presence. Thanks to several legendary maestros who, in the early 60s – 70s, took it abroad to give the audiences a glimpse of it and later the listeners, who turned an ear to it and were asking for more. Whether it’s The Womad festival by Peter Gabrel in Australia, New Zealand, England, or the Finish auditoriums in Capetown, South Africa, or the small gatherings in Benares, Indian classical music has promising torchbearers who are taking it places. Also Read – Amitabh Bachchan Celebrates 52 Years In Bollywood With a Collage of His Character Looks From 56 Movies

2. Your work in Ramyug looks something extremely profound, something that at least the web-space hasn’t experienced before. Are you open to experimenting more with traditional music?
Since Ramyug is based on Ramayana, it was imperative to have the presence of classical musicians, instrumentalists, vocalists, percussionists to give it that deep pious feel, at the same time my collaborative sensibilities felt the need to have programmers give it the larger than life sound. Hence you will see Amitabh Bachchan singing the Hanuman Chalisa accompanying him Ustad Zakir Hussain, or Sonu Nigam singing to the legendary Santoor and flute Maestros Pt Shiv Kumar Sharma, PtHariprasadChaurasia. Then there is Ustad Rashid Khan singing the Ram Seeta sad theme, not to mention PtBhawani Shankar’s powerful Pakhavaj on the Raavan theme song with my voice along with Narayan Mani‘s ancient Veena.

This was a great step in having these musicians for a Bollywood project at the same time experiment with Amitabhji singing a contemporary Hanuman power theme song. I’m open to experimenting and have been doing so in my collaborations.

3. How was it like collaborating with Amitabh Bachchan for the song? He has given his voice to many devotional numbers in the past. What was different this time and how did he react to your work?
Well, I was humbled by Superstar Amitabh Bachchan when he agreed to sing the song after he liked what he heard. His sense of melody and rhythm, and of course the extent to which he involved himself in contributing to the little nuances and chorus lines, in the Hanuman song was amazing. The fact that he knew that the legendary maestros were part of this, also made him more enthusiastic about this project. He has sung devotional songs before but this Hanuman theme is a very up-tempo tune and celebrates Hanuman Ji’s power so it needed to be sung with gusto and that’s exactly what he did, hence it is very different from his earlier work.

It was a dream come true for me to have him sing my composition and I remember he wanted the pitch of the song altered to his preferred baritone and took great pains in rehearsing and working a few nights on the song and finally sent it back to me, and the result is there for everyone to hear, the Hanuman song has already crossed 5 million views and going strong. I’ve always been his fan, and I’m truly humbled by his blessings for my composition.

4. When you and other fabulously trained artistes like you decide to make fusion music and include foreign beats or lyrics into your music, do you think of it as your contribution to the art, or you consider it as the need of the hour?
When even when I collaborated with Grammy winners such as KennyG on Namaste India the album was No.1 on US Billboard Jazz charts or with electronics group Deep Forest of French pianist Richard Clayderman for Confluence, once common factor was that I was the composer so it helped me design the album along with my music producer Jackie V in such a way that whether it’s with lyrics or just instrumental it should be melodic. As I feel melody is the soul of any song.

5. You designed music for a Bollywood movie. But, we haven’t seen many classically trained artistes coming from a rich heritage of music like yours curating songs for cinema. Often, the perception is that ‘we are too pure for Bollywood’. What do you have to say to this?
Yes, in my very first film I was lucky to have Lata Mangeshkar ji sing 3 songs, and if you remember the songs from ‘MujhseDostiKaroge’, ‘Jaane Dil Main’, ‘AndekhiAnjani Se’ were chartbusters and had nothing to do with classically-based ragas. Bollywood is all about adapting to the directors’ vision and is situational, it’s a knack where one has to come up with 4-5 variational tunes for each situation and the best gets picked. Whereas Ramyug needed a more devotional yet contemporary feel.

6. Do you use music for yourself like do you sometimes just play Santoor only for yourself… almost like in a meditative way?
Well, I’m always playing the Santoor or Keyboards in my music room for my biggest critics my wife Barkha, and my son Abhinav. Their inputs help me vastly. Yes, music has a therapeutic touch and can heal, especially during the pandemic. When I’m practising alone it is a form of meditation.

7. When you look back and you see the legacy of your father – does it pressurize you in some way or do you feel more content and more celebratory about it?
Well, I guess the Santoor has come a long way from my father introducing this Kashmiri instrument to Indian classical music and taking it across the world. With some of my collaborations, Santoor moved into various new genres like Electronika, Jazz, New Age, etc, hopefully, the legacy will continue with my 6-year-old son Abhinav who’s learning from me and his grandfather.