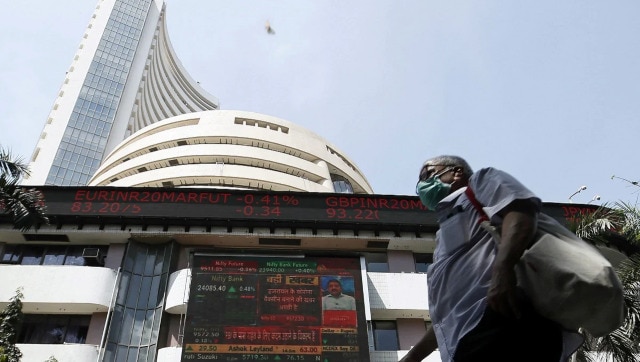 Halting a four-day surge, market indices in India opened lower on Tuesday, 11 May, led by losses in index-heavyweights HDFC twins, Kotak Bank and TCS amid negative cues from global markets. At the closing bell, BSE Sensex stood at 49,161.81, down by 340.60 points. Similarly, the NSE Nifty ended with a decline of 91.60 points at 14,850.75.

The market indices were dragged lower by selling in metals, pharma, and IT stocks.

BSE Sensex was down by 340.60 points or 0.69 percent and closed the day at 49,161.81. Kotak Bank was the top loser in the Sensex pack, shedding 3 per cent, followed by HDFC, Bajaj Finance, Bajaj Finserv, Tech Mahindra, HUL and Titan. On the other hand, NTPC, ONGC, PowerGrid, Sun Pharma, UltraTech Cement and SBI were among the gainers.

Sun Pharma: 1.39 percent increase was observed in the share price of the company which closed at Rs 707.85.

Tech Mahindra: The company ended the day lower at Rs 976.25 after witnessing a fall of 1.53 percent.

At the closing bell, NSE Nifty 50 was at 14,850.75 with a decrease of 91.60 points or 0.61 percent. Apart from Nifty Auto, Nifty Media, Nifty PSU Bank, and Nifty Realty, all the other sectoral indices of NSE were trading in the red.

HDFC: 2.82 percent decline has been noted in the share price which settled at Rs 2,460.

Divis Lab: The company ended the day lower at Rs 4,073 after witnessing a fall of 1.60 percent.

According to Binod Modi, Head Strategy at Reliance Securities, weak cues from global markets and selling pressure across the counters dragged benchmark indices.

Elsewhere in Asia, bourses in Hong Kong, Tokyo and Seoul ended on a negative note, while Shanghai finished with gains.

Stock exchanges in Europe were trading with significant losses in mid-session deals.