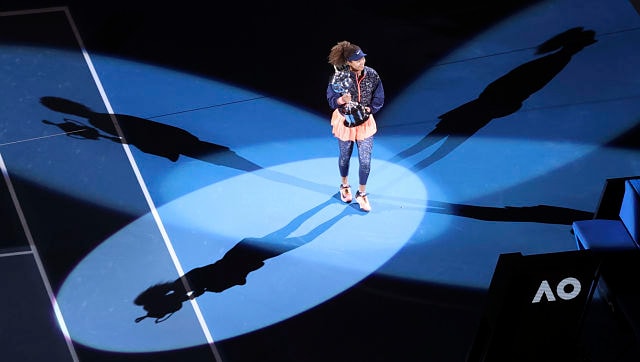 Osaka received criticism by some who say the media events are just “ part of the job.’ But Nike, Sweetgreen and other sponsors put out statements in support of the 23-year-old star after she revealed her struggles. 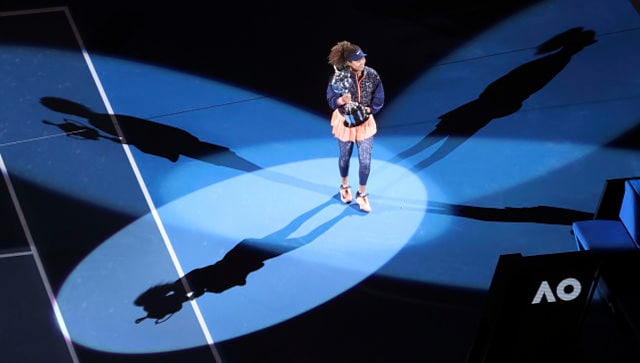 A few years ago, a star athlete dropping out of a major tennis tournament over mental health issues might have been seen as a sign of weakness.

Today, at least for Naomi Osaka’s corporate sponsors, it is being hailed as refreshingly honest.

That would explain why so many of them have stuck by Osaka after the four-time Grand Slam champion announced on Monday that she was withdrawing from the French Open because she didn’t want to appear for the requisite news conferences that caused her “huge waves of anxiety.”

Osaka, who also acknowledged suffering “long bouts of depression,” received criticism by some who say the media events are just “ part of the job.” But Nike, Sweetgreen and other sponsors put out statements in support of the 23-year-old star after she revealed her struggles.

“Our thoughts are with Naomi,” Nike said in a statement. “We support her and recognise her courage in sharing her own mental health experience.” Sweetgreen tweeted that its partnership with Osaka “is rooted in wellness in all its forms.” And Mastercard tweeted: “Naomi Osaka’s decision reminds us all how important it is to prioritize personal health and well-being.”

Allen Adamson, co-founder of marketing consultancy Metaforce, said that Osaka’s disclosure has made her a more authentic spokesperson — and more valuable to corporate sponsors.

“Every athlete gets a sports sponsorship because they win games or perform well,” he said. “But the best ones become true brand ambassadors when they have a broader persona. The best brand ambassadors are real people. (Osaka) is talking about an issue that is relevant to many people. Mental health is a bigger issue than winning or losing in tennis.”

Reilly Opelka, a 23-year-old American tennis player seeded 32nd at the French Open who plays his third-round match on Friday, told The Associated Press he’s glad Osaka “is taking time to get better.”

“She’s one of the best players in the world — she’s very influential,” Opelka said. “The sport needs her. She’s an icon. It’s bad for the sport to have one of the main attractions not around.”

Osaka, who was born in Japan to a Japanese mother and Haitian father, moved to the United States with her family when she was three, and now lives in Los Angeles.

She has taken a leading role in protesting the deaths last year of George Floyd and other Black people who died at the hands of the police, wearing a mask with a different victim’s name on each match day at the 2020 US Open. She was named the 2020 AP Female Athlete of the Year.

According to Forbes, Osaka is the world’s highest-paid woman athlete, earning $37 million in 2020 from blue-chip sponsors such as Tag Heuer, AirBnB, and Louis Vuitton in addition to Mastercard and Nike.

Nike has stood by sports stars after other controversies, including Tiger Woods after his 2009 sex scandal and former 49ers quarterback Colin Kaepernick after he knelt during games to protest police brutality against Black people. But it recently dropped Brazilian star Neymar after he refused to cooperate with an internal investigation into sexual assault allegations from a Nike staffer.

Osaka’s disclosure comes as celebrities and other public figures openly address their own issues with depression and anxiety. Prince Harry and his wife, Meghan Markle, shared their experiences in a televised interview with Oprah Winfrey and have since teamed with her to create a mental health focused series called “The Me You Can’t See,” in which Prince Harry talks about working through anxiety and grief.

Osaka also joins a growing list of top-tier athletes speaking out about mental health. Olympic swimmer Michael Phelps, NBA players Kevin Love and DeMar DeRozan, and the WNBA’s A’ja Wilson have all spoken very publicly about their bouts with depression, sharing both the successes and setbacks.

The four Grand Slam tournaments reacted to Osaka’s withdrawal by pledging to do more to address players’ mental health issues. The episode also could serve as a tipping point for the professional tennis tours — and leagues in other sports — to safeguard athletes’ mental, and not just physical, health, said Windy Dees, professor of sport administration at the University of Miami.

“It’s absolutely a growth opportunity for the (Women’s Tennis Association) and all leagues, there’s a lot of work to be done,” Dees said.

Marketing consultant Adamson believes Osaka’s decision to come forward will encourage many more athletes to divulge their own mental health battles. He noted that if Osaka had revealed her bouts with depression 10 years ago, her corporate sponsors likely would have stayed on the sidelines because the issue had been taboo. But, he noted, the pandemic has raised awareness around mental illness.

From August 2020 to February, the percentage of adults with recent symptoms of an anxiety or a depressive disorder increased from 36.4% to 41.5%, according to a survey by the U.S. Centers for Disease Control and Prevention and the Census Bureau.

The survey also found the percentage of those reporting they didn’t get the help they needed increased from 9.2 percent to 11.7 percent. Increases were largest among adults aged 18–29 years and those with less than a high school education.

Ken Duckworth, chief medical officer for the National Alliance On Mental Illness, said Osaka’s decision to go public is a positive development for all people who feel isolated.

“We are moving from mental health and mental illness as a ‘they” thing to a ‘we’ thing,” he said. “These are ordinary common human problems. And I firmly believe that isolation and shame directly contributes to people not getting help. I look at a great athlete, an exceptional athlete, as one potential role model.”