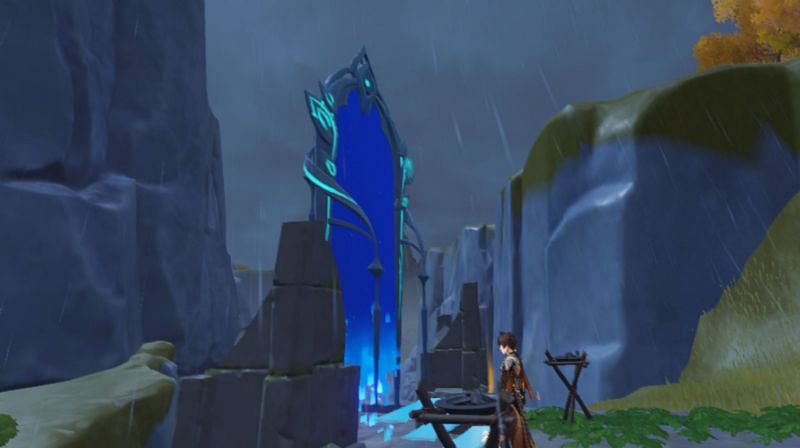 How to clear third domain in the new event

Domain of Chaos is the third domain in the Genshin Impact Energy Amplifier Initiation event. Here, players will have to face different enemies from the other two domains. Other than that, it also has an entirely different Leyline Disorder.

The Energy Amplifier event is an excellent source of Primogems, where fully completing the event will grant players a total of 990 Primogems. Users can obtain 240 of those via the Twisted Realm.

Completing the third domain in the Genshin Impact Twisted Realm

The Leyline Disorder for the third domain can be ignored as focusing on it will distract players from completing the challenge in the designated time. Other than that, here is how players can finish the challenge.

The enemies in the third domain of Twisted Realm consist of the Ruin machines, including two Ruin Guards on the first wave, one Ruin Hunter on the second wave, and two Ruin Graders on the third wave.

Each of these enemies has its own attacking patterns, so players need to learn them. Doing so will significantly assist them in this challenge. Other than that, each Ruin machine also has a weak point that will help disable them.

Other than that, having a shielder in the team will be a tremendous help. This way, players can save themselves from unexpected attacks from the monsters.

The Energy Amplifier is the event’s main feature. This device lent to the Traveler offers some useful buff that they can use in the domains of the event.

Players that can make the buffs on this device fit their team will find the challenge easier. Therefore, proper consideration of each buff will go a long way in this event.

The Energy Amplifier event in Genshin Impact is a fantastic event that offers plenty of Primogems. For the third domain of the Twisted Realm, players would want to use Elemental damage with some crowd control support.