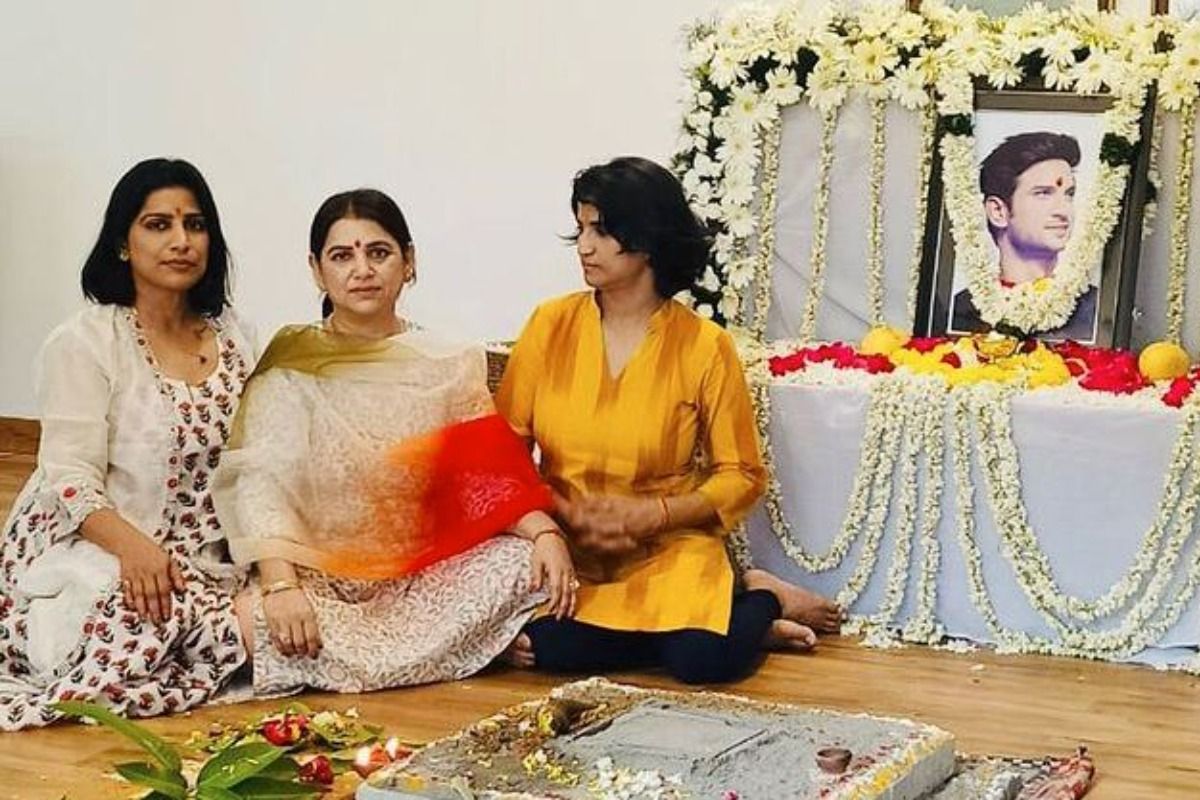 Sushant Singh Rajput Death Anniversary: As it has been a year since Sushant Singh Rajput’s death, his fans, friends, and family were inconsolable as they are still in shock. Sushant died by suicide on June 14, 2020, at his Mumbai residence and his case is still with the CBI. The late actor’s family performed puja, havan at their home. Sushant Singh Rajput’s elder sister Meetu Singh, who feels helpless, shared pictures from the puja and wrote a long emotional and heartbreaking note for SSR. She mentioned in the post that the world used him brutally and is still using him. She also promised to give him justice. Also Read – Pavitra Rishta 2.0 Casting Finalised: Ankita Lokhande Back as Archana, Shaheer Sheikh is New Manav?

The long note by Meetu Singh reads: “My Pride, our Pride, Since the past few days grave despair has been brooding in the back of my mind. Last year’s fateful event took all of us by such shock that I have failed to fall back into the normality of everyday life. Many have brutally used you and the majority of them are still doing so. Manipulation is masked by love, selfish motives are hidden behind concern. If only you had people around you who had genuinely cared for you, things would have been so different. I bore the desperation of wanting you back everyday, today the misery was so strong that if the laws that bound us ceased to be, I would have mould your being out of my emotions. I would have given you my existence.” Also Read – On Sushant Singh’s Death Anniversary, ‘Friend’ Sandeep Ssingh Trolled For Presenting ‘Fake Friendship’

She added: “When despite all odds we used to get want we wanted for ourselves, you always used to say “Aap kaise kuch bhai kar leti hain na, Ruby di”, I wish those words were true, because I desperately want you back but no matter how much I pray, work or talk, you are not coming back. Things just don’t feel right without you, everything I come across reminds me of you. It becomes physically impossible to maintain my composure at times. But I will not let my Mom down, and for Her and your sake, I will try to live life with a purpose of evolution. Jaan, all I want you to know is that your name will always shine in all our hearts and I will do everything in my mortal powers to get you Justice. #justiceforsushantsinghrajput #sushantsinghrajput #ssrians”. Also Read – ‘I Know You Are Here’! Sara Ali Khan, Shraddha Kapoor Remember Sushant Singh Rajput on His Death Anniversary

Sushant Singh Rajput’s another sister Priyanka Singh too shared an emotional post: “To put it simply, life without you is not the same. After mom’s departure, we had inspiration to make our lives worthwhile as a tribute to her love. While your absence has rendered it totally devoid of any bearings, mercy or hope. The plethora of emotions that is our constant companion now, ranges from numbness, helplessness, hopelessness to desperation, anguish, agony & rage. Though your physical form no longer graces this earth, you are ever so close & present in each moment of our lives- walking, sleeping, dreaming throbbing in us with every pulse of life. Your presence is now as visceral as it is vital. You truly have become immortal… like forever. And yes, finding myself in this god-forsaken world without you, I suffer from survivor’s guilt. #sushantsinghrajput #immortalsushant”.

We miss you Sushant. May his soul rest in peace!