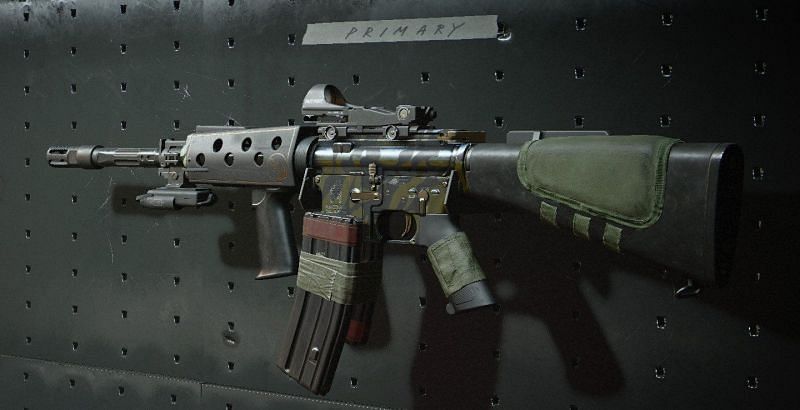 In terms of underrated weapons in the COD Black Ops Cold War Season 3, the XM4 might be an impressive up and coming assault rifle with an appropriate loadout.

While guns like the FFAR are still considered paramount, other assault rifles can certainly be effective, like the RAM 7 for example. The XM4 might also be considered one of the better ARs due to its impressive utility in midrange gameplay.

This gun can also have quick strafe speed with good attachments, which is something very valuable in Black Ops Cold War. It’s also, however, a gun with some unorthodox recoil, so this loadout should be used to make it easier to use.

Similar to the Agency Suppressor, the 13.7 Extended Barrel is great for increasing that bullet velocity that is so desired on the XM4. This increases bullet velocity higher than any other barrel in the game. In order for the XM4 to compete with some of the faster assault rifles in the game, as well as SMGs, the 13.7 Extended is just about necessary.

Having high strafe speed is a very valuable buff to any weapon in Black Ops Cold War. Nothing is more annoying than failing to score a kill because the enemy is simply bouncing around shots. Thankfully, the Raider Pad boosts the XM4’s strafing so that users can cover more area with their shots in a quick manner.

The XM4 is one of the lucky ones to get a 60 round mag. Ammunition can come at a premium at times in Black Ops Cold War, so large magazines are going to seriously come in handy.

Again, the recoil with the XM4 can be a tad bit odd in Black Ops Cold War. The Field Agent Grip is one of the most stabilizing underbarrels any player can equip, though. This lowers both horizontal and vertical recoil, making it more than capable of keeping those shots on target.