It is no secret that the Fortnite community is gradually becoming more and more toxic. However, streamers like SypherPK are starting to speak out against it.

Though many offer the excuse of the age range of players adding to their immaturity and lack of understanding regarding the impact of their words and behavior, slightly older streamers like Sypher PK are offering insight into how younger members of the community can learn to be more aware of themselves.

In his latest video, SypherPK turns to his fans directly to have a conversation that is not always easy or comfortable to have. After seeing a TikTok regarding LoserFruit’s Icon Skin and comments suggesting they deserve to have one less than SypherPK the popular Fortnite Content Creator turned to his followers directly to ask them to stop sharing such toxic thoughts. 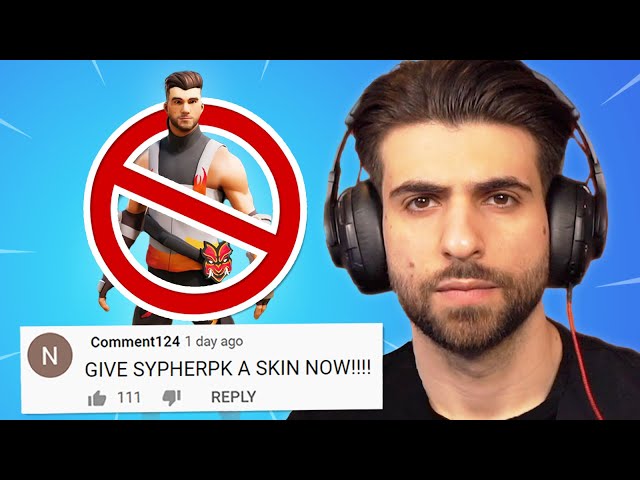 Not only did SypherPK ask his followers to refrain from saying he was more deserving of an in-game Icon Skin, he explained how the comments put LoserFruit and others down so that his viewers not only understood what they should not say but why.

SypherPK’s reasoning is simple. He remarks that he would not want someone else’s supporters and fans saying someone deserved an Icon Skin more than him if he had one. SypherPK informed his audience that the creators who have received Icon Skins are more than deserving of them, and that he feels content with his relationship with Epic Games.

SypherPK’s video was truly genuine and sincere. To see a streamer not only call for the Fortnite community and his supporters to stop behaving hurtfully while simultaneously explaining how things might hurt others is rare and extraordinary.

The sentiment in SypherPK’s message reaches vastly beyond the Fortnite community, bringing all individuals back to the Golden Rule: Treat others the way you would want to be treated. This is not the first time SypherPK has reminded the community about it, and will surely not be the last.

Fortnite was meant to be a game that brought people together from all over the world in its lighthearted, fun battle royale style. Streamers like SypherPK are dedicated to maintaining the fun and kind element of the game’s atmosphere.