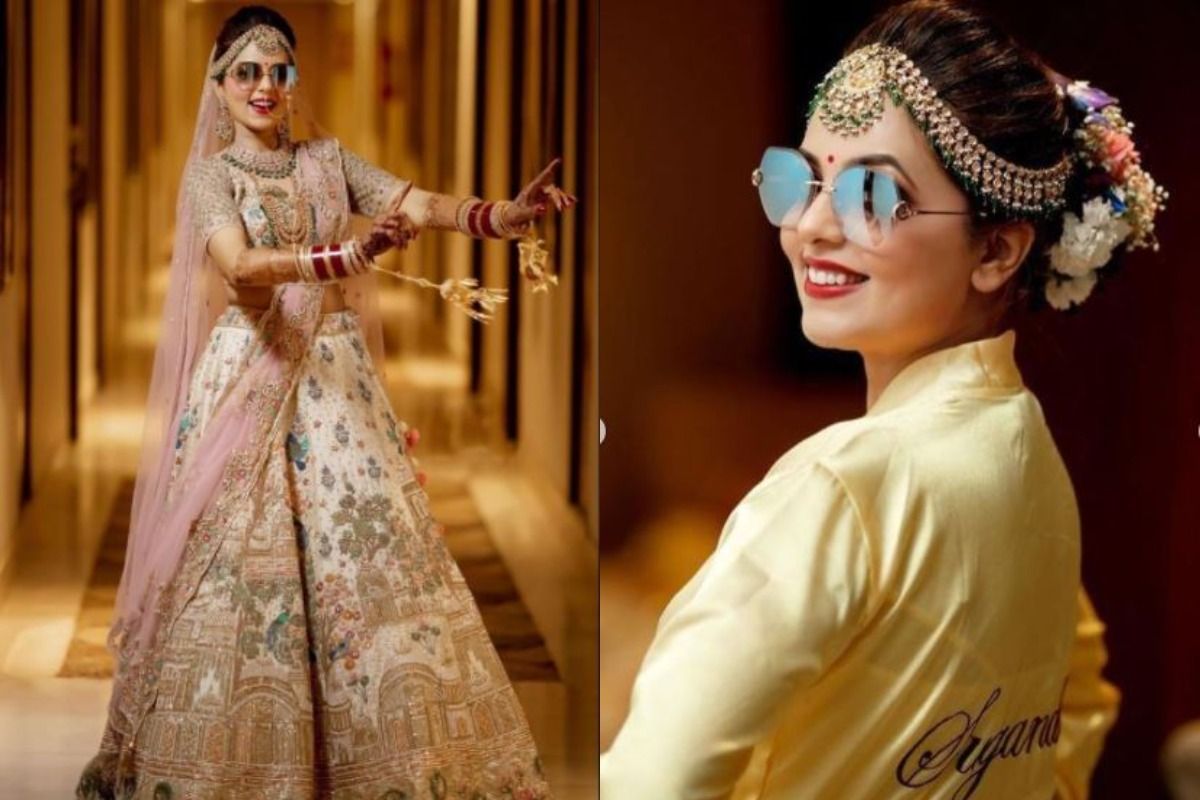 Sugandha Mishra Shares Her Mesmerising Pictures From Bridal Photoshoot And It

Jalandhar: The Kapil Sharma Show fame Sugandha Mishra flaunts her bridal swag in a new set of pictures from her wedding day. On Sunday evening, she was seen striking a dance pose as she poses in a stunning bridal lehenga. She can also be seen sporting a pair of sunglasses over her gorgeous bridal wear. Sharing the photos, she wrote, “Sugz ka swag”. Several fans wished her ‘Happy married life’ while some just called her ‘beautiful’ and ‘cute’. Also Read – Sanket Bhosle Gets Teary-Eyed As He Gives Emotional Speech For Sugandha Mishra | Watch

She also shared pictures from her bridal shoot as she gets ready as a bride on her D-Day.

Sugandha posted two videos where she and Sanket can be seen exchanging garlands.

On April 26, Sugandha and Sanket Bhosle tied the knot in an intimate ceremony in Jalandhar, Punjab. A few days back, she shared pictures from her mehendi, engagement, and wedding ceremonies on social media.

Recently, Sugandha shared a video on her Instagram account which is all things love. In the video, Sanket can be seen getting emotional and teary-eyed as he gives an emotional speech for his ladylove Sugandha. In the video, he said that he has always said one thing about Sugandha and also to her, “Tu bahot khatarnaak hai yaar’ leaving everyone in splits. He added, “Mere hisaab se ladkiyon ko khatarnaak hi hona chahiye. Itni khatarnaak lekin koi ladki nahi ho sakti, ki uske pyaar me hi gir jaao aap. (I feel every girl should be dangerous but not so that you end up falling in love with her).”

He then expresses his happiness and gets emotional. Sugandha quickly hugs him and wipes his tears and he gives a peck on her cheeks. Sharing the video, she captioned it, “#Moment Which left my soul stirred for a lifetime Moment of Luv … @drrrsanket.”

Sugandha and Sanket made their relationship official on social media a few days back. In an interview with TOI, she had said, “I had made a song and had wished to sing a duet on my sangeet and perform also but this lockdown ruined everything. I had planned to release that song also later.”