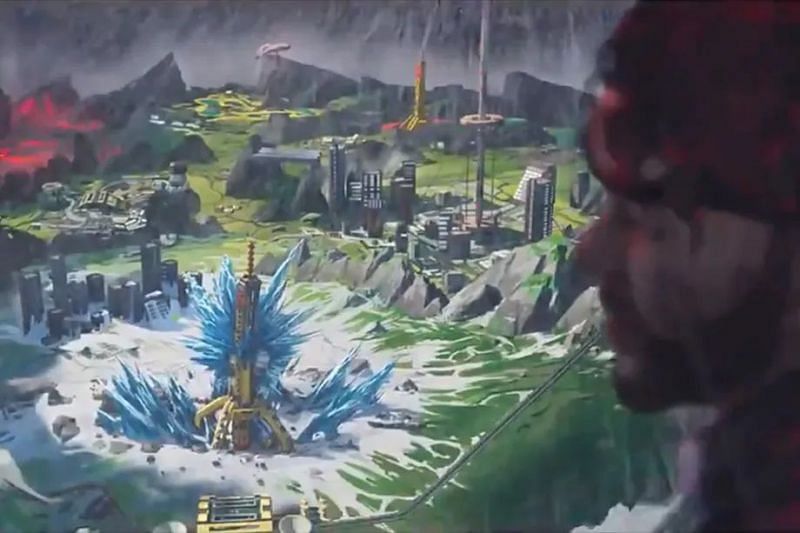 Apex Legends’ Worlds Edge is considered the most balanced map for competitive play. The map has finally returned for the current season and players are enjoying it. Third-partying is inevitable in Apex Legends and players will want to land in the best locations to gear up before taking up fights. The map is more open and with countless POIs, vaults, blast walls, and randomized dropship patterns, it’s easy to feel lost when roaming World’s Edge or trying to find a good drop spot.

In this article, we will discuss the best paths to take in World’s Edge if a player wants to get the guns and gear for the battle ahead.

Skyhook is a loot-infused fragment of a city, and players who want to arm up can find plenty of gear scattered around the numerous buildings. It’s a popular landing location, however, so be ready to scavenge the buildings quickly and prepare for a fight. If the player is playing defensive characters like Caustic or Wattson, it will be advantageous to take early fights in this area in Apex Legends. Players can easily relocate to The Epicenter whenever needed.

The Train Yard is located near the center of the map, west of Fragments East and West in Apex Legends. As the name suggests, this area has many train carriages to duck into and collect loot from. The POI is filled with loot, which makes it a prime destination. High-tier loots can be obtained from this place. The train also stops here. They also have a few carriages suspended in the air for sniping. Players can easily relocate to Countdown if required.

As the name suggests, Epicenter is the dead center of the map in Apex Legends. The Epicenter is a large drill tower that was the source of the “Meltdown” accident that lead to the abandonment of World’s Edge. Its frozen central tower can easily be seen as far as Hill Valley. A lot of high-tier loot is available in this location and it is among the best initial drop locations. If one of the teammates lands in the tower and takes the high ground, other members can contest enemies quite easily. There is plenty of cover available, and it is one of the easiest locations to fight in if a player is well aware of the area inside out.

Relocation to Survey Camp, Refinery, Fragment West, and Fragment East is very easy because The Epicenter is located in the middle of all these areas.

The Geyser is a small facility to the east of the map with its namesake Geyser, which can be used like a Jump Tower, located in the middle. It is located south of Underpass, east of The Ridge and Sorting Factory, and north of Lava City. Its snakelike corridors also have plenty of high-tier loot for the squad. Players lucky enough to get a vault key may visit the vault in the tunnels north of the POI. Players can easily relocate to the Sorting Factory or the Lava City as required.

Fragment East and West are the remnants of Capitol City after the devastation brought about by the arrival of the Planet Harvester in Apex Legends. It contains most of the former Capitol City, including one of the largest parking lots and eight of its buildings. It contains the rest of the still-standing Capitol City buildings and a couple of destroyed ones. The train station for Capital City is also in this area. Both the places are full of High-Tier loots, and a lot of players prefer dropping in this location. Players can easily relocate to The Epicenter if required.

Disclaimer: This list solely reflects the author’s personal views on Apex Legends and is in no way a definitive list.