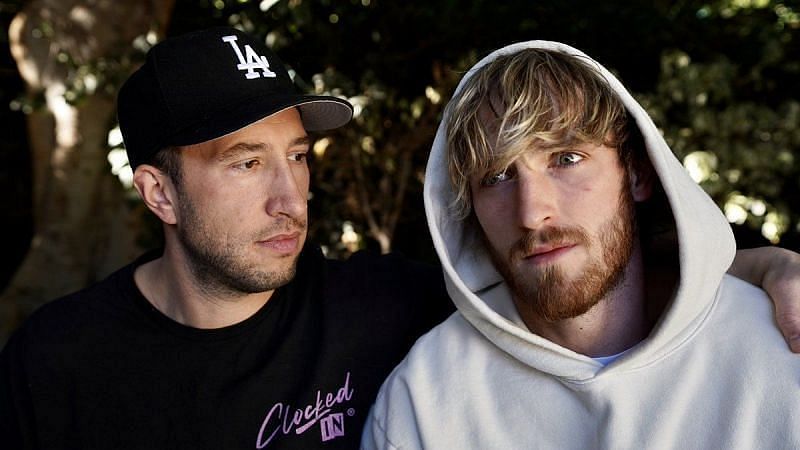 What bad-mouthing Logan Paul did to the “Mike Majlak” brand

Longtime best friends and former co-hosts of the “Impaulsive” podcast Mike Majlak and Logan Paul have been involved in a rather public feud in recent weeks.

In episode 235 of the Impaulsive podcast from November 2020, Logan Paul commented on Harry Styles’ appearance on the cover of Vogue magazine. He had gotten into an argument with co-hosts George Janko and Mike Majlak, and accused them of “judging people.”

Majlak appeared in episode 31 of the podcast “Mom’s Basement” hosted by Daniel “Keemstar” Keem and Ricky “FaZe” Banks. He ended up suggesting that Logan paul made the comments about Harry Styles as he knew that the clip would get him attention on the internet. 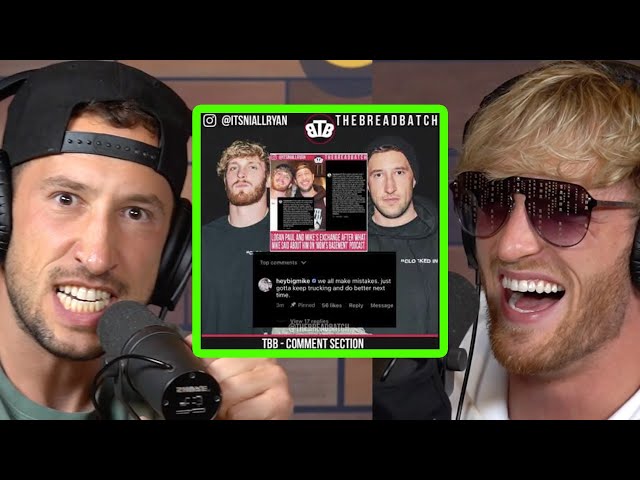 Since then, the two personalities have been involved in a public feud. Logan Paul hosted the podcast without Mike Majlak, who has been accused of “being a snake.”

Mean stop leaching of your friends for clout ✌?

As can be seen in the post below, Mike Majlak suggested that Logan Paul made the comments about men wearing dresses because he wanted a “hand-up.”

“There are a lot of times when Logan can be a grinder. I’m gonna be honest, if Logan sees with a celebrity of that stature of Harry Styles, he is gonna say something on the podcast to squeeze it into the red. Like he didn’t come off that show and I will say this directly, like he didn’t come off that show saying “wow we did a great job pushing for the male wearing of dresses, like he did that because he knew it was going to get clipped and it was going to give him a hand-up.”

Those interested in more information about what Logan Paul said during the November 2020 podcast can read this article.

Logan Paul was frustrated by his friend’s comments, and claimed on Instagram that it wasn’t the first time Mike had been “caught in a lie.” This led to the below seen response on Twitter by Mike Majlak. He apologized for his comments and told fans that the two are “handling things behind the scenes.”

The two then appeared together in another episode of the Impaulsive podcast. However, Logan Paul suggested that he did not trust Majlak anymore. As can be seen, Mike Majlak appeared to downplay the incident and said that Logan should not be so “dramatic about a stupid comment that he made.” However, Logan seemed unimpressed and suggested he does not consider Majlak a close friend. 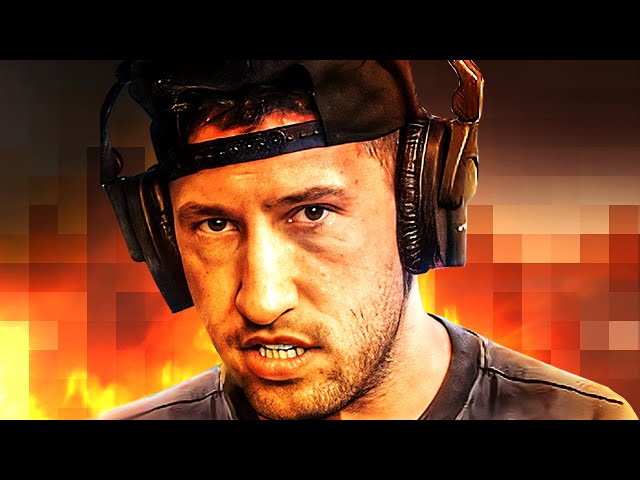 Logan Paul’s fans, along with multiple other content creators, have accused Mike Majlak of “back-stabbing” Logan Paul. Paul appeared without Majlak in a recent podcast episode and claimed that he didn’t “invite him.” Logan Paul has shot his latest podcast episodes in Dorado, Puerto Rico, where he is currently preparing for his June 6th bout with legendary boxer Floyd Mayweather. 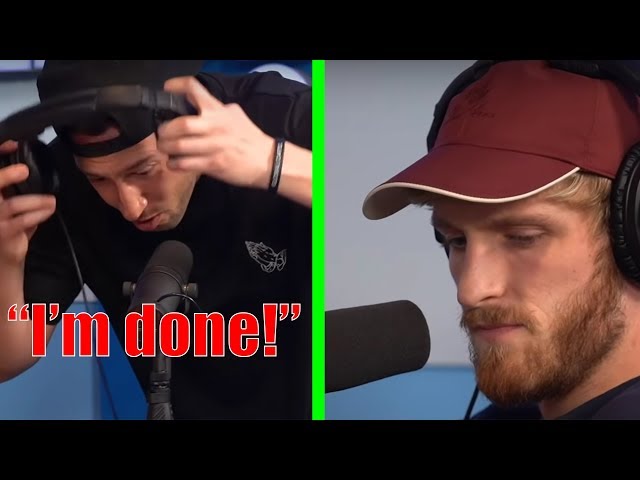 Additionally, Majlak allegedly live streamed a call with Logan Paul on his Twitch stream without informing him. Paul was initially claimed to have called David Dobrik the “r-word,” although it was later revealed that the term had not been used at all. The incident was apparently a misunderstanding on behalf of Mike Majlak’s chat.

UPDATE: Getting reports that this was a misunderstanding and Mike Majlak’s chat thought Logan Paul said the r-word, however Logan never said it. It remains unclear why the live was removed and if Logan was aware the call was live. pic.twitter.com/Xnua3Wfo2J

Due to all of the above, rumors have been swirling that Majlak has been fired as the co-host of Impaulsive. However, Keemstar spoke about the situation in the May 11th episode of DramaAlert, and claimed that he has been in touch with Majlak about the feud.

See also  Will there be APK pre-registrations for Battlegrounds Mobile India?

Mike claimed that he cannot be fired from the podcast as he is a partner and that Logan Paul is currently only focused on his bout with Floyd Mayweather. Majlak also appeared on the “No Jumper” podcast and made similar claims. The podcast is hosted by Adam “Adam22” John Grandmaison. In the clip below (31:30 mark), Majlak said the following: 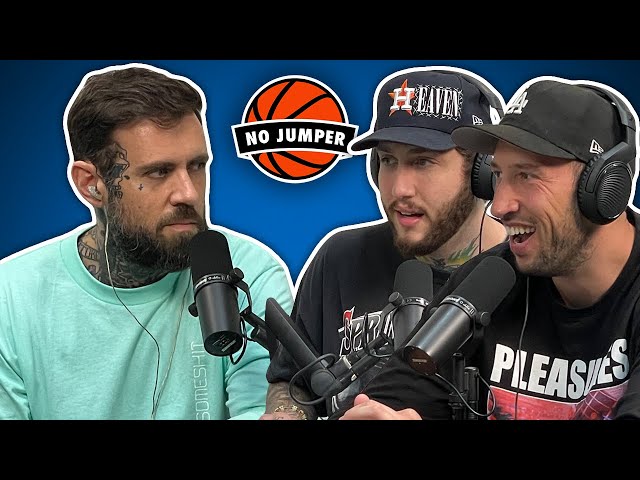 However, it must also be noted that George Janko recently claimed Majlak had been fired from the podcast.

BREAKING NEWS THAT WILL MOST DEFINITELY CHANGE YOUR LIFE: Logan Paul fires Mike Majlak, according to conversation between Impaulsive co-host George Janko and Andrew Schultz. pic.twitter.com/v736ZA7SEG

While nothing has been confirmed as of yet, fans appear to have made their conclusions. People have made fun of Majlak and said that he is a “snake.”

Snake 🙂 i hate both Pauls but you are a clout chaser

Never liked the vibe of this guy tbh. One of those snakes that would back stab everyone.. and the fact that he cheats says alot about someones character..

I could hear Elon musk already
“Aye Jeff bezos you short leprechaun
I ain’t knew you was a snake but make sense since you from Amazon” ????

Logan Paul made you

Taking consideration of you and @loganpaul situation, I think you are talking about yourself…

Mike Majlak really thinks he was Logan Paul’s mentor?
He really thinks he coached him?
I mean sure he was a great friend to him, but what he said, that’s excessive. He was smart, but I always saw him as Logan’s YES MAN, only disagreed where he had not benefits for himself!

Further updates about the situation can be expected in the coming weeks.