Which Free Fire character is better for ranked matches in the Clash Squad mode?

DJ Alok and Chrono are two of the most sought-after characters in Free Fire. They have powerful abilities called Drop the Beat and Time Turner, respectively.

These abilities give players a significant edge on the virtual battleground and can decide the outcome of a match in Free Fire.

This article compares the abilities of DJ Alok and Chrono to determine which character is better for Free Fire’s ranked matches in one of its most popular arcade modes – Clash Squad mode.

Assessing the abilities of DJ Alok and Chrono in Free Fire

Chrono’s ability, called Time Turner, produces a force field that blocks 600 damage from opponents at its default level. The player can shoot at enemies while inside the force field. The player’s movement speed will also be increased by 5%. The effects last for three seconds and have a 200-second cooldown.

At its highest level (level 6), Time Turner enhances the player’s movement speed by 15%. The effect has a 170-second cooldown and lasts eight seconds.

At its base level (level 1), DJ Alok’s ability, called Drop the Beat, produces a 5m aura that improves ally movement speed by 10% and restores 5 HP/s for five seconds.

DJ Alok can be leveled up in Free Fire by using universal fragments. At its highest level (level 6), Drop the Beat increases ally movement speed by 15% and restores 5 HP/s for 10 seconds. 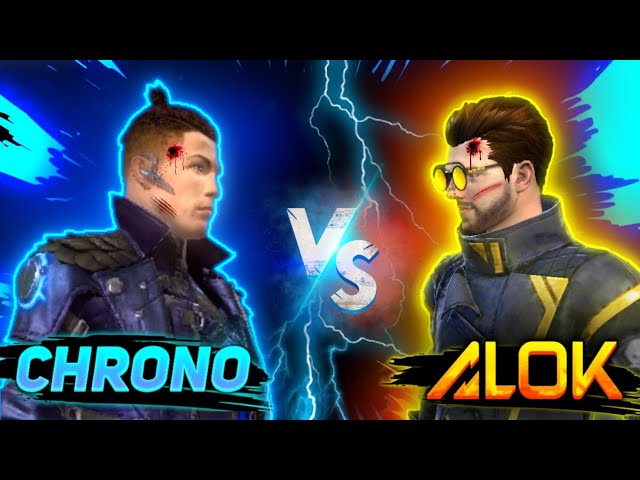 Both Chrono and DJ Alok are fantastic characters in Free Fire.

Chrono’s ability can increase the player’s movement speed and protect them from attacks with a defensive shield, which is very essential in an intense Clash Squad match. However, the biggest drawback to this ability is the cooldown time. After the player uses Chrono’s ability, they will have to wait for quite a while before they can use it again.

DJ Alok’s ability, on the other hand, provides increased movement speed as well as HP restoration.

Based on ability, DJ Alok is a better character for ranked matches in the Clash Squad mode because he has the edge courtesy of his healing ability.

Disclaimer: The choice of character in Free Fire is an individual decision. Prioritizing one over the other solely depends on an individual’s playing style.