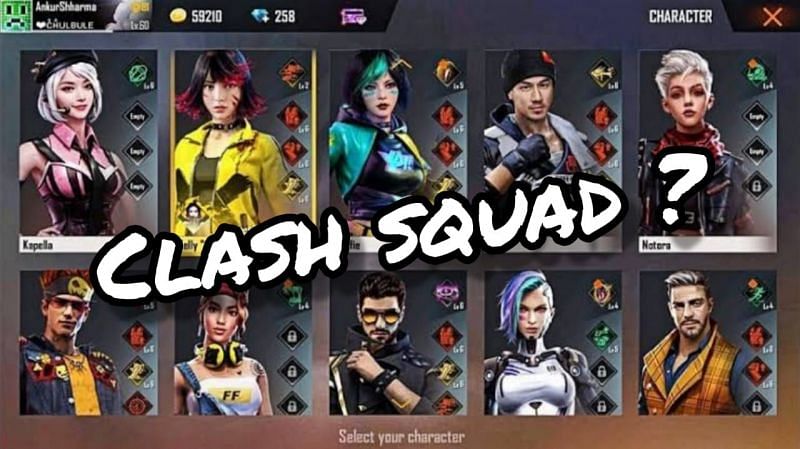 Clash Squad is one of the most popular arcade game modes in Free Fire. In this mode, two teams of four players each have to fight it out over seven intense rounds. The team that wins four rounds will be declared the winner.

Players can use any Free Fire character in this mode based on their gameplay style. Almost all characters in the game have special abilities that help players on the battleground. These abilities are divided into two categories: active and passive.

While active abilities need to be activated before use, passive abilities stay activated all the time but depend on certain actions, such as taking damage, hitting opponents, using medkits, etc.

Hence, this article lists the most powerful active abilities for the Clash Squad mode in Free Fire as of May 2021.

What are the best characters for the Clash Squad mode in Free Fire as of May 2021?

DJ Alok’s active ability is called Drop the Beat. At its base level, this ability creates a 5m aura that increases ally movement speed by 10% and restores 5 HP/s for five seconds.

DJ Alok can be leveled up using universal fragments. At its highest level, Drop the Beat increases ally movement speed by 15% and restores 5 HP/s for 10 seconds.

See also  How many Primogems are needed to unlock Zhongli from the character banner?

Skyler’s active ability is called Riptide Rhythm. At its default level, this ability creates a sonic wave that damages five gloo walls within 50 meters. Each gloo wall placed will increase the player’s HP, starting with four points. This ability has a 60-second cooldown.

At the maximum level, Skyler’s ability creates a sonic wave that damages five gloo walls within a 100m radius. Each gloo wall placed will increase the player’s HP, starting with nine points. The cooldown is reduced to 40 seconds.

Wukong has an active ability called Camouflage. At the base level, this ability can transform the player into a bush for 10 seconds. The CD lasts for 300 seconds.

The transformation is stopped when the player engages in combat. Meanwhile, the CD is reset after an enemy is defeated.

Wukong’s ability improves as he levels up in the game. 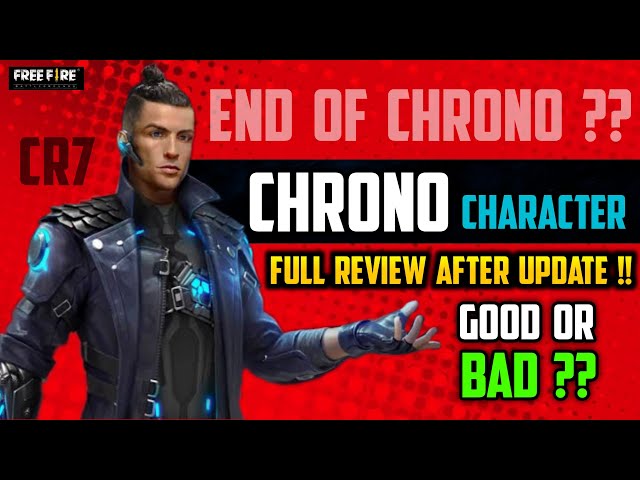 At its default level, Chrono’s ability, called Time Turner, produces a force field that stops enemies from dealing 600 damage. The player can shoot at enemies when inside the force field. The player’s movement speed will also be increased by 5%. The effects last for three seconds and have a 200-second cooldown.

At its highest level, Time Turner enhances the player’s movement speed by 15%. The results have a 170-second cooldown and last for eight seconds.

Steffie’s ability is called Painted Refuge. At its base level, this ability generates graffiti that minimizes explosion damage by 15% and bullet damage by 5% for five seconds. The results do not stack and have a 45-second CD.

Steffie’s ability increases as she advances in Free Fire.