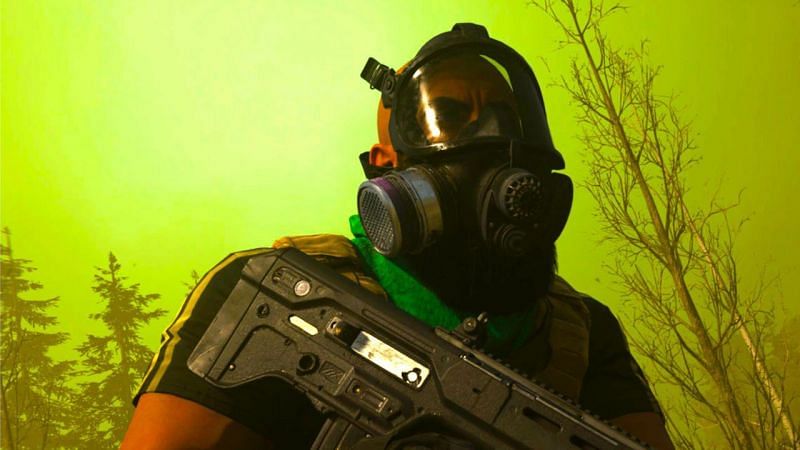 It’s another day in Warzone and there is another gas mask glitch ravaging the battlefield.

Gas mask glitches have taken over the Warzone meta almost a dozen times by now. Even after they are fixed, they just seem to keep coming back, whether intentionally or by accident.

Warzone Season 3 is still one of its better seasons but this new gas mask issue has seen it take a step back. This recent gas mask glitch will probably seem familiar to long-time Warzone players.

The infamous bug returns as the transition to Verdansk ’84 appears to have been anything but smooth. Battling until the very end of a Warzone match only to lose to someone hundreds of meters away as you die to the gas is one of the most frustrating experiences.

At this point, no one knows exactly how this new gas mask glitch came to be. It appears that it may just be at random. Regardless, it needs to be resolved as quickly as has come about.

Players are putting on their gas mask when in the gas, but once the gas mask finishes its usefulness, it doesn’t break. Instead, it remains on the player, allowing them to travel through the gas with no effect whatsoever.

As with most issues being revealed in Warzone, this new gas mask glitch came to light via Reddit. User kobosil41 spectated a teammate and noticed him spending time in the gas. Surprisingly, the gas mask icon simply refreshed instead of breaking.

While the remaining teams fought it out in the safe zone, his teammate strolled through the gas without a single conflict. If this happened to the player by accident, it is still clear that they are exploiting it.

It is likely that Raven Software has been informed of this glitch. Whether a hotfix will happen is unknown at the moment. Hopefully it gets resolved sooner rather than later.