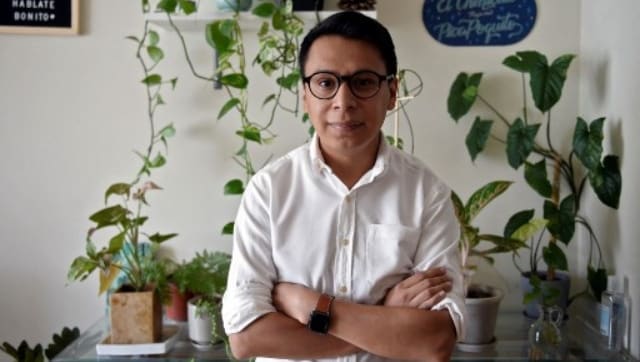 Andrea Ferrero and her partner David Ayala turned to baking to stave off boredom and bankruptcy during quarantine. They now have almost 38,000 followers on Instagram. Mexico City: Before the pandemic, Herlanlly Rodriguez worked as a manicurist. Today she is part of Mexico’s new generation of social media stars and millennial influencers whose lives were transformed by confinement.

“In the beginning I just wanted a distraction,” said Rodriguez, who is known as Herly on digital platforms, where she has 1.2 million followers on TikTok alone.

Suddenly thousands of people started interacting with her thanks to her performance as “Tomas, the incredulous” poking fun at men to highlight issues including homophobia and gender violence in Mexico.

“It’s rare to see women imitating men on social networks,” said the pink-haired former Psychology student, adding that her aim is not to offend anyone but to show “behaviour that harms society.”

She has been nominated for this year’s MTV Millennial Awards honouring the best of Latin music and the digital world of the millennial generation.

The economic crisis triggered by COVID-19

has dealt a particularly heavy blow to Mexican women, who held 1.5 million of the 2.1 million jobs that have been lost, according to official figures.

“It was a sad time for me because there was no work. People really lifted me up,” Rodriguez said.

Armando Maravilla had 200 followers on Twitter before the pandemic, but after a thread about house plants, he gained more than 97,000 in one year, including politicians and the actor Gael Garcia Bernal.

The Mexican landscape architect shares his knowledge to help people develop green fingers as a form of therapy against the emotional impact of the crisis.

“I felt that someone needed to talk about having green spaces at home. We had been locked up for two months and we needed a refuge,” the 30-year-old said.

He acquired his first plants as a university student — some succulents — but they died, Maravilla said.

“My grandmother scolded me! Now it’s curious that people ask me for advice, and the one who asks me the most how I’m doing is my grandmother,” he said.

Andrea Ferrero and her partner David Ayala turned to baking to stave off boredom and bankruptcy during quarantine.

They now have almost 38,000 followers on Instagram, where they offer cakes with vintage decorations.

After the pandemic left them jobless and broke, they tried to ease the anxiety of isolation by cooking.

“We began to share it with friends. People began to see it and they asked us to sell it to them,” said Ayala, a 38-year-old Colombian art curator.

They started the business with just a small toaster oven in their apartment, Ferrero said.

“It was barely big enough for two cookies,” the 30-year-old Peruvian sculptor said with a laugh as she decorated a cake.

Now business is so good that they have eleven co-workers who prepare 500 weekly orders of cakes, cookies and tarts.

The couple recently moved into a new kitchen-studio and plan to open their own store.