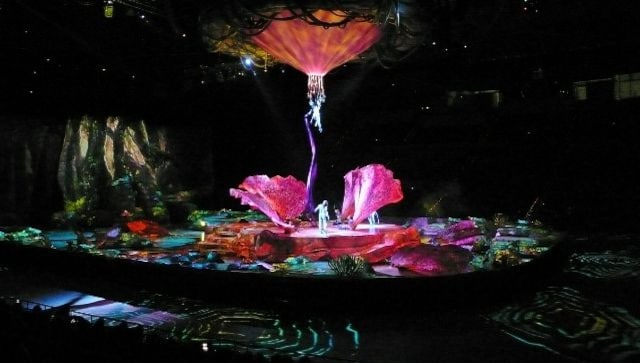 Cue the acrobats: Cirque du Soleil announced on Wednesday that four of its shows will return to the stage after more than a year on hiatus due to the coronavirus

The circus troupe’s ‘Mystere’ fantasia and water-themed ‘O’ performances will resume in Las Vegas in June and July respectively, the Montreal-based group said in a statement.

Its touring show ‘KOOZA’ will resume in Punta Cana, Dominican Republic in November followed by ‘LUZIA’, which draws its inspiration from the sights and sounds of Mexico, reopening in London in January 2022.

“This is the moment we have all been waiting for,” said Cirque du Soleil CEO Daniel Lamarre. “Almost 400 days have passed since we had to take a temporary hiatus, and we have been anxiously awaiting our return to the stage,” he said.

Founded in 1984, Cirque set up big tops in cities around the world, delighting audiences with enchanting contemporary circus acts set to music but without the usual trappings of lions, elephants and bears.

But the pandemic left it fighting for survival, forcing it to cancel shows worldwide, from Las Vegas to Tel Aviv, Moscow to Melbourne, and furlough more than 4,500 acrobats and technicians — or 95 percent of its workforce. The majority of jobs were cut in June when the company filed for bankruptcy protection.

The company was officially taken over by the Canadian fund Catalyst Capital Group late last year.