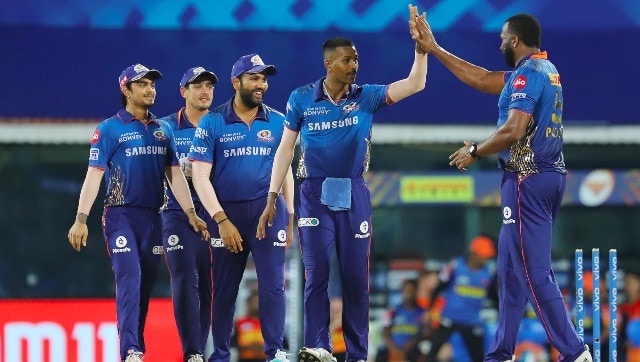 PBKS vs MI IPL 2021 Live Streaming: When and where to watch

Smarting from defeats in their previous encounters, Punjab Kings (PBKS) and Mumbai Indians (MI) face off in the 17th match of Indian Premier League (IPL) 2021 with the hope of getting their campaigns back on track with a victory.

Defending champions Mumbai, who are known to struggle early in the season before accelerating in the middle stages, suffered their first defeat to the Delhi Capitals since the 2019 edition of the league. Mumbai had beaten Delhi on all four occasions, including the final, last season and were hoping to notch up a fifth consecutive win against them.

That plan was very much on track when captain Rohit Sharma and No 3 batsman Suryakumar Yadav were at the crease, with MI’s run-rate nearly touching 10-an-over at the end of the powerplay. Experienced leg-spinner Amit Mishra, however, had other plans as he bounced back from an expensive first over to take the key wickets of Rohit, Hardik Pandya and Kieron Pollard to trigger a middle-order collapse, one that Mumbai could never recover from thereafter. Defending champions Mumbai Indians have won two and lost as many in the four matches they have played so far in IPL 2021. Sportzpics

And though they were asked some tough questions by Mumbai’s quality attack, the DC batsmen ultimately chased the 138-run target down with six wickets to spare.

The rechristened Punjab Kings, on the other hand, looked even more helpless in their encounter against Sunrisers Hyderabad in their first game at the MA Chidambaram Stadium in Chennai. Khaleel Ahmed (3/21) and Abhishek Sharma (2/24) were among the key wicket-takers while Rashid Khan’s economical bowling (1/17 from four overs) maintained the pressure as the Punjab batsmen failed to forge a match-defining partnership, losing wickets at regular intervals and getting bundled out for a lowly 120.

The chase thereafter was a cakewalk for the Sunrisers Hyderabad with Jonny Bairstow shining with an unbeaten 63 off 56 balls to guide the ‘Orange Army’ to their first win of the season after three back-to-back defeats.

When will the 17th match of the IPL between PBKS and MI take place?

The match will take place at the MA Chidambaram Stadium in Chennai.