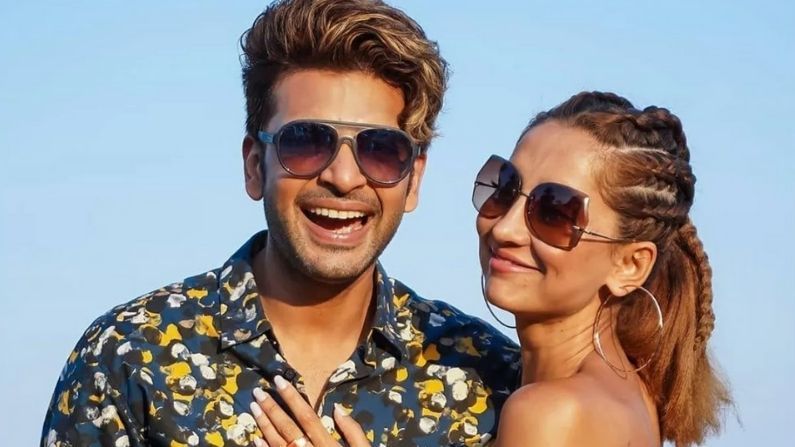 Mumbai: Love, relationships, and break-ups are hard to handle for even the biggest of celebrities, especially those who have gone all out giving relationship advice to the whole country in the past when they were together. However, what is important is to preserve your sanity in all of this madness. Having your chin up and maintaining immense grace while dealing with a breakup – ex-couple Karan Kundra and Anusha Dandekar seem to be doing the same but they are not exactly winning at that. After VJ Anusha’s public post in which she talked about ‘being cheated and lied to in a relationship’, people were quick to assume that Karan was responsible for the end of their relationship. However, the latter too mentioned that he still respects those three-and-a-half years of love and keeps Anusha’s family in high regard. And now, yet again, Anusha has taken to social media to give expression to her side of the story. Also Read – Karan Kundrra Breaks Silence on His Break-Up With Anusha Dandekar, Opens Up on Cheating Allegations

In another Instagram post on Sunday, VJ Anusha wrote about the ultimate ‘truth’ and how the truth remains never changed no matter what the other person says. She shared two quotes in her post with a caption that read, ” woke up like this… and i may not be a lot of things but the one thing I am is honest! Happy happy Sunday ❤ #tellyourtruth” (sic) Also Read – Indian Idol 12: Neha Kakkar, Dhvani Bhanushali’s Impromptu Performance on Nora Fatehi’s Dilbar Sets Stage on Fire

Earlier, in another post, Anusha had said, “So here it is, before the year ends… Yes I did a show called Love School, yes I was your Love Professor, yes everything I shared and the advice I gave has always been real and from my heart… yes I love hard, so hard… yes I don’t leave till there is nothing left for me to try and fight for, yes even I’m human, yes even I lost myself and some of my self respect, yes I’ve been cheated and lied to… yes I waited for an apology, which never came, yes I learnt I actually had to apologise and forgive myself… And yes i grew, have grown and will continue to grow from all of it and look at the positive,” (sic)

The claims were countered by Karan who, in an interview later, maintained that he just wants to ‘laugh’ at these reports and maintain the dignity of his past relationship. “Sometimes, I start laughing when I hear things. I don’t know what can make someone so hateful towards another person. We shared a beautiful relationship for three-and-a-half years. I have learnt a lot from Anusha, and I have a lot of respect for her and her family. How is it that these allegations are being leveled against me when there is a development on my professional front? Why hasn’t any other person, who I have been in a relationship with, ever accused me of something as serious as this?” he said.

Your thoughts on their war of words?