Aubameyang has only now revealed how a sudden drop in weight and change in mood had his relatives worried about his health. 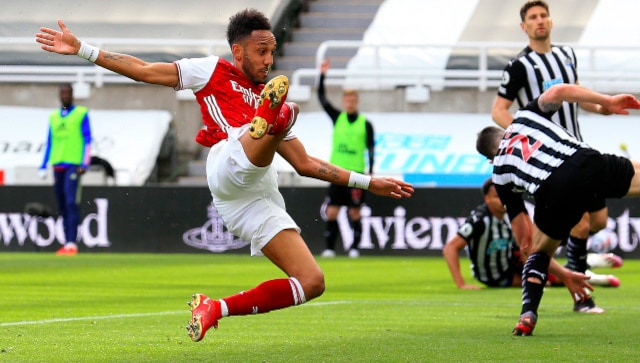 London: Arsenal captain Pierre-Emerick Aubameyang has revealed his family were scared by his weight loss after he contracted malaria while on international duty in March.

The Gabon forward missed four games following the diagnosis after a feeling of lethargy left him questioning the cause.

He returned off the bench in the Europa League semi-final first-leg defeat by Villarreal last week and is in line to start the return game, having scored in Sunday’s Premier League win at Newcastle.

But the 31-year-old has only now revealed how a sudden drop in weight and change in mood had his relatives worried about his health.

“I was feeling very, very bad,” he said on Wednesday. “This was the worst moment of being sick in my life because it was really hard.

“I had three days in a row, fever, all day and all night, non-stop. Even the paracetamol and stuff had no effects on this. After that, I spoke to the doctor.

“I said I needed to go to the hospital because I had travelled to Africa so maybe it was something like malaria.

“I stayed in hospital for three days. I was really, really down and I think I lost four kilos. It was a really bad moment and I think my family was a bit scared to see me like this.”

See also  India women vs England women: Mithali Raj, Jhulan Goswami and other visiting players to watch out for

Aubameyang, who signed a new three-year contract in September, has struggled for form this season and was given a period of compassionate leave to visit his sick mother, before being dropped for the north London derby win over Tottenham after arriving late.

The bout of malaria then followed but Aubameyang, who said Thursday’s crunch game with Villarreal at the Emirates Stadium was “maybe the start of the season” for him personally, is aiming to return to form at just the right time.

The forward hit a hat-trick when Arsenal beat Valencia in the second leg of a Europa League semi-final two years ago under Unai Emery, whose Villarreal side now stand in the way of a second final in three years for the Gunners.

Villarreal hold a slender 2-1 advantage from the first leg at El Madrigal, where Nicolas Pepe’s penalty gave Arsenal what could prove to be a crucial away goal.

The winners would almost certainly face Manchester United, who won the first leg of their semi-final against Roma 6-2.

Arsenal have not played Champions League football since 2017 but winning the Europa League would take the club back into the elite competition next season.