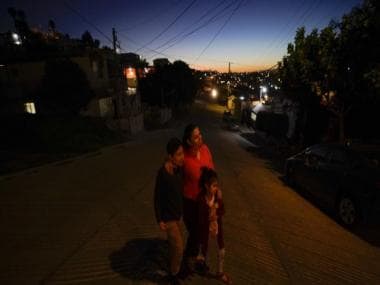 As President Joe Biden undoes Trump immigration policies that he considers inhumane, he faces a major question: How far should he go to right his predecessor’s perceived wrongs?

San Diego: In March of 2020, Estela Lazo appeared before Immigration Judge Lee O’Connor with her two children, her muscles tensed and a lump in her throat. Would they receive asylum?

O’Connor’s answer: No – he wasn’t even ready to consider the question.

But he issued a ruling that seemed promising: It was illegal to force the Honduran family to wait in Mexico, under then-President Donald Trump’s cornerstone policy to deter asylum-seekers. O’Connor said he was dismissing their case due to government missteps and scheduled another hearing in his San Diego courtroom in a month.

Paradoxically and typically, the family was sent back to Mexico to await its next day in court.

But when Lazo, her 10-year-old son and six-year-old daughter appeared at a Tijuana border crossing for the follow-up hearing, US authorities denied them entry because their case had been closed.

Lazo’s inability to have her claim even considered on its merits is one of many anomalies of the policy known as “Remain in Mexico,” an effort so unusual that it often ran afoul of fundamental principles of justice — such as the right to a day in court.

As President Joe Biden undoes Trump immigration policies that he considers inhumane, he faces a major question: How far should he go to right his predecessor’s perceived wrongs?

Biden halted “Remain in Mexico” his first day in office and soon announced that an estimated 26,000 asylum-seekers with active cases could wait in the United States, a process that could take several years in backlogged courts. More than 10,000 have been admitted to the US so far.

But that leaves out more than 30,000 asylum-seekers whose claims were denied or dismissed under the policy, known officially as “Migrant Protection Protocols.” Advocates are pressing for them to get another chance.

Many asylum-seekers whose claims were denied for failure to appear in court say they were kidnapped in Mexico. Others were too sick or afraid to travel to a border crossing in a dangerous city with appointments as early as 4:30 am. Human Rights First, an advocacy group, tallied more than 1,500 publicly reported attacks against people subject to the policy.

Difficulty finding attorneys from Mexico meant few had legal representation, contributing to a measly 1.6 percent grant rate among cases that were decided. US authorities gave asylum-seekers a list of low- or no-cost attorneys, but phones rang unanswered and messages were unreturned.

Then there are about 6,700 asylum-seekers like Lazo whose cases were dismissed, according to Syracuse University’s Transactional Records Access Clearinghouse. It was usually after judges found the government erred applying the policy. Many were returned to Mexico indefinitely, some after US authorities filled out forms with fake court dates to make sure Mexico took them back.

“They never had a first chance — a meaningful first chance,” said Melissa Crow, an attorney for the Southern Poverty Law Center, which has sued over the policy.

Immigration has bedeviled Biden as it has many presidents before him. He backs a path to citizenship for an estimated 11 million people in the country illegally, has halted border wall construction and has repealed other hardline policies. But he wavered on lifting Trump’s all-time low cap on resettling refugees and has no quick answers to large numbers of asylum-seekers on the Mexican border and backlogged courts. In March, authorities encountered the highest number of unaccompanied children at the border on record, and April was the second highest.

The administration has yet to say if asylum-seekers whose cases were denied or dismissed under “Remain in Mexico” will have another shot. When asked, aides have emphasised Biden’s promise of a “humane” asylum system to be unveiled soon.

“We will continue to prioritise the most vulnerable populations who have been waiting the longest period of time,” Andrea Flores, immigration expert on the National Security Council, told reporters in April. “We will continue to sort of build out eligibility based on vulnerability.”

In San Diego more than 5,600 cases were dismissed, many by only two judges — Scott Simpson, a former attorney for the Navy and US Immigration and Customs Enforcement, and O’Connor, a former immigrant advocate who occasionally erupted in anger while overseeing “Return to Mexico” cases.

When a Homeland Security attorney challenged O’Connor at a hearing in October 2019, he thundered that he took an oath to uphold US laws, “not to acquiesce when they are flagrantly violated.”

For Lizeth — who spoke to The Associated Press on condition that her full name not be published due to safety concerns — an O’Connor ruling led to a Kafkaesque nightmare.

Lizeth said she fled Santa Ana, El Salvador, in January 2019, on the run from a police officer who demanded sexual acts. Then 31, she never said goodbye to her five children — ages 5 to 12 — fearing the officer would discover where they lived.

Her freedom was short-lived. She said she was kidnapped near Mexico’s border with Guatemala, and her captors drove her in a minivan to Ciudad Juarez, across the border from El Paso, and forced her into prostitution. They threatened others who were held in a large warehouse-style room with having their organs removed and sold. She escaped four months later and entered the US illegally at San Diego.

When O’Connor dropped Lizeth’s case in October 2019, saying she was illegally returned to Mexico, US Customs and Border Protection gave her slip of paper to appear for court on 16 December — even though no hearing was scheduled. Asked about the fake court dates that she and other asylum-seekers received, CBP said at the time that they were intended as check-ins for updates on the status of their cases, but the notice didn’t say that and updates are done over the phone or online.

Sent back to Mexico to wait, Lizeth was stuck in Tijuana. She confined herself to her cousin’s sparsely furnished one-bedroom home of concrete slabs and plywood walls, too scared to leave. The neighbourhood is blighted with empty, half-built homes occupied by drug addicts and squatters; she said she was beaten when she got there.

“The judge’s decision was not respected,” she said.

The Justice Department’s Executive Office for Immigration Review, which oversees immigration courts, said it does not comment on judges’ rulings.

Judith, who identifies herself as LGBT and fled Honduras amid threats over her sexual orientation, arrived late for her second hearing in November 2019; she overlooked instructions in her court packet to arrive at the border crossing in Tijuana at 4:30 am. Judith, who spoke on condition that her last name not be published due to fears for her safety, says US authorities detained her and her daughter, now 10, for four days before giving them written instructions to return to court in three months.

When she appeared at the border in February 2020, she was told her case had been dismissed.

“I presented myself and they told that I wasn’t in the system,” said Judith, who reports being threatened by kidnappers in Tijuana. “I was speechless. There was nothing I could do.”

Robyn Barnard, an attorney for Human Rights First who represented asylum-seekers with dismissed cases, said while she agreed with the judges that the policy was illegally applied, their “judicial activism” ended up harming asylum-seekers.

“The outcome is that they terminated these cases and (the Department of Homeland Security) would still remove the people back to Mexico and then they were stuck in Mexico with no case, no ability to file an application” for asylum, she said.

It is unclear how often CBP issued “tear sheets” with fake court dates to get asylum-seekers with dismissed cases back to Mexico, but anecdotal evidence suggests it was common for some time. San Diego attorney Bashir Ghazialam has about a dozen clients who got fake court dates in late 2019 after their cases were dismissed and knows about three dozen more from other lawyers.

After the Biden administration announced in February that people with active cases could return to the US, Jewish Family Service of San Diego, which provides temporary shelter to asylum-seekers, heard from 27 asylum-seekers who had been returned to Mexico with fake court dates. Their cases were terminated and they couldn’t return.

Carlos Gonzalez Gutierrez, Mexico’s consul general in San Diego, said he learned about the fake court dates from news reports and non-governmental organisations in late 2019, leading Mexican immigration authorities to more closely examine documents of asylum-seekers being returned to wait. The practice appears to have lasted about three months.

A footnote in O’Connor’s written opinions highlights what is seen as one of policy’s biggest deficiencies: Asylum-seekers generally don’t have regular addresses in Mexico and the court system relies on mail. Court filings often say they live at “domicilio conocido,” or “known address” in English.

O’Connor wrote that “domicilio conocido” is used in small Mexican villages where postal workers know where everyone lives but it is “completely inadequate” in a city the size of Tijuana, with about two million people. Without any fixed address, phone or Internet access in Mexico, advocates say asylum-seekers had no way to stay up to date on their cases and were being deprived of their rights.

The core reason for dismissing cases was technical: Only “arriving aliens” should be eligible for “Remain in Mexico,” or anyone who appears at an official port of entry like a land crossing. People crossing the border illegally — who made up about 90 percent of those subject to the policy — are not “arriving aliens” as defined by law.

Faced with having their cases dismissed, the Border Patrol regularly left blank a place in charging documents that asks how asylum-seekers entered the country. When they reported for their first court dates, US authorities amended their complaints to say — falsely — that they first sought to gain entry at an official crossing, making them “arriving aliens.”

“We are a country governed by Law,” O’Connor wrote, saying people who crossed the border illegally were returned to Mexico “extrajudicially and without any legal authorisation.”

O’Connor rejected 95 percent of asylum claims from 2015 to 2020, one of the highest denial rates in the country, which surprised and disappointed some of his old colleagues in the advocacy world. Before becoming a judge in 2010, he was an attorney at Indiana Legal Services’ Immigrants & Language Rights Center for 10 years and at Legal Aid Society of San Diego for five years.

Amy Maldonado, an attorney who knew O’Connor as an immigrant advocate, credits him for ruling the policy was applied illegally, but the losers were asylum-seekers who were returned to Mexico.

“His ruling was 100 percent on the law,” said Maldonado, whose clients included Guatemalan man and his 17-year-old daughter who lost their claim because they missed a hearing while kidnapped in Mexico. “I don’t think he was concerned about what happened to the people whose cases he was terminating. I think he was angry at the government for doing all this illegal stuff.”