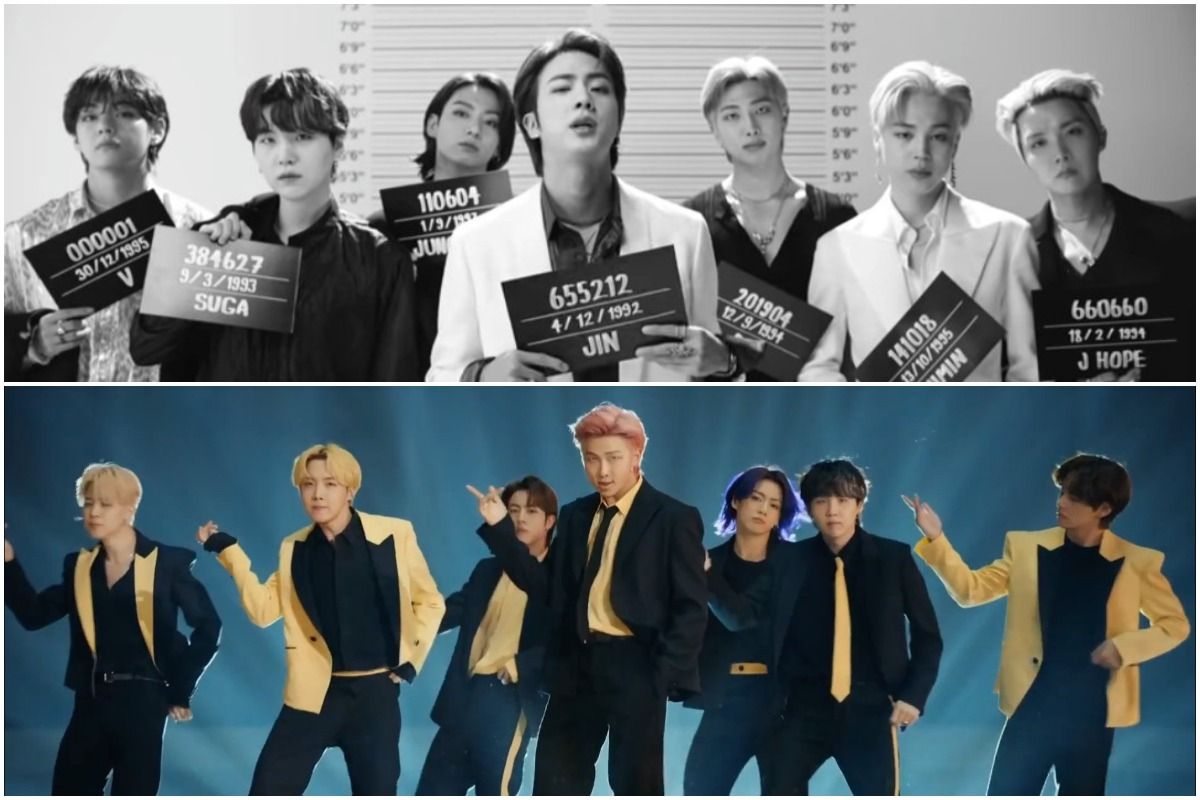 South Korea: The year’s most awaited song ‘Butter’ by BTS is finally here and all the ARMY members who were expecting it to have a phrase, ‘smooth like butter’ are absolutely right. The song is surely the new internet sensation. Also Read – Something’s Going On Between BTS And British Rock Band Queen, But Nobody Knows What – Here’s Why

With Butter, BTS is back with dynamic dance and lyrical performance. In the song, the K-pop boys can be seen tapping their feet and flaunting their stunning looks. It is a cheerful summer song that crossed over 8 million views in just 20 minutes. Apart from their charming suits, another thing that has caught ARMY’s attraction is the boys’ hair colour. Also Read – BTS Updates, May 17, Monday: Countdown For Group’s New Single ‘Butter’ Begins

Ahead of the release of the song, BTS boys also hosted a short premiere show where they were seen playing with bread and butter. Group members were divided into two teams and were given several tasks in which they had to use bread and butter. Boys were also seen wearing t-shirts with Butter written on it.

Meanwhile, the K-pop band boys had earlier announced that the world TV debut of their new single ‘Butter’ will be made at the mega Billboard Music Awards which are to be held on May 23. BTS has also been nominated in the Top Social Artist category. This is the fifth time that BTS has been nominated under this category. The South Korean band has also claimed this trophy four years running.

Once again, these K-pop boys are winning hearts with Butter.