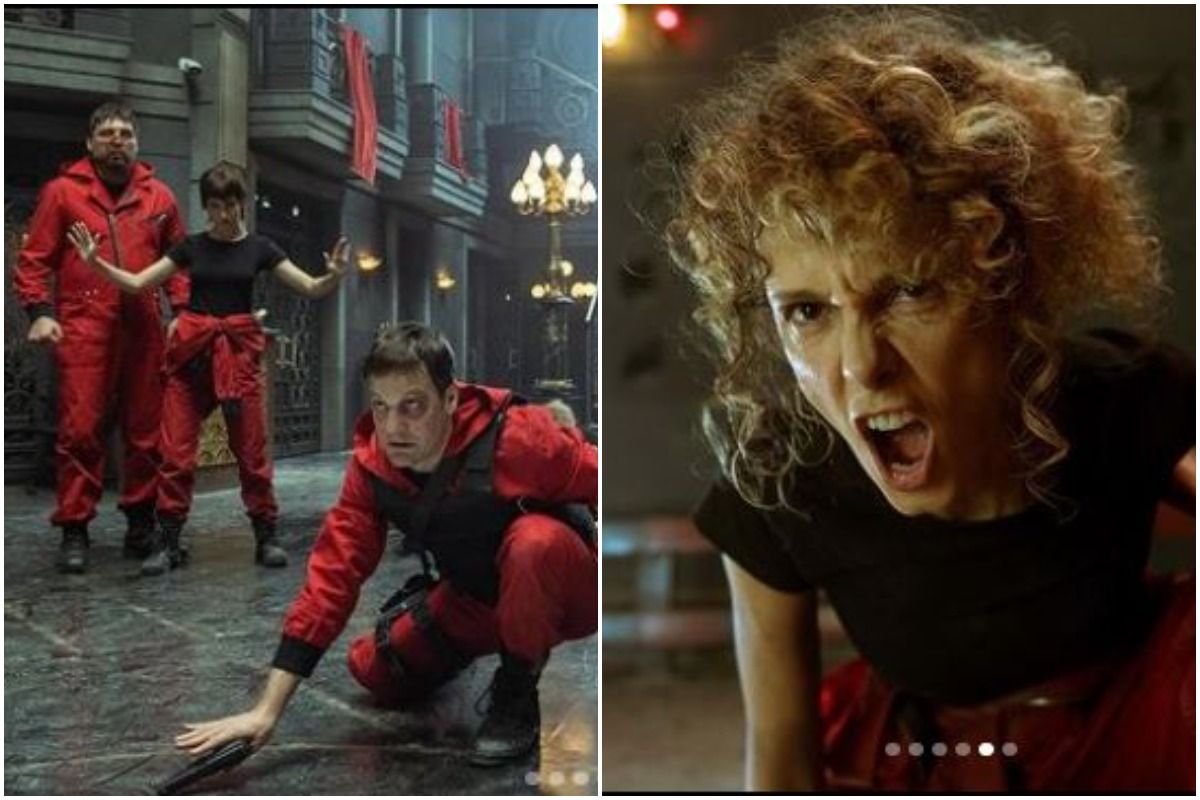 Money Heist 5 First Look: The first images of the much-hyped finale of Money Heist season 5, originally titled ‘La Casa de Papel’ was released on Thursday on the official page of the web show. The popular Spanish heist thriller series started in 2017, has so far two seasons of two parts each. The upcoming part five will mark the finale of the show. The photos are the first look of Money Heist 5 show the preparation of the final battle. Also Read – Money Heist 5 Release Date Out: The Professor Is Coming This Year End With Much Deadlier Plan

The first images of the Money Heist finale promise heavy-duty action as The Gang must bring out its toughest side to survive, fuelled by anguish, more weapons, and the desperation of not having a plan. As the finale of the Netflix series unfolds. Also Read – Money Heist Season Finale Likely To Premiere End of 2021, The Professor Says He Has Mixed Feelings

Check out some of the still moments of Money Heist 5:

Created by Alex Pina and produced by Vancouver Media, Money Heist’s summary is that the gang has been shut in the Bank of Spain for over 100 hours and they have managed to rescue Lisbon, but their darkest moment is upon them after losing one of their own. In the series of pics, the Professor has been captured by Sierra and, for the first time, he doesn’t have an escape plan.

Money Heist series tells the story about a criminal mastermind who goes by the name of The Professor, who plans the biggest heist in history to print billions of euros in the Royal Mint of Spain. Helping him in his ambitious plan are a group of specialists who go by names of cities. The group takes hostages to help them in negotiations with authorities are gunning to nab The Professor.

The teaser also comes with a lot of action including cops entering the bank and doing everything to make the gang surrender, but the gang won’t give up. As the gang makes their way through the Bank of Spain, The Professor is seen holding the fort from outside. There is also a blink-and-miss shot of hands tied to a chair only leaving fans wondering if Alicia Sierra managed to overpower Sergio and had taken him as a hostage.

Money Heist 5 will release in two parts. While its first part will premiere on September 3, its last part will come on December 3.

See also  collar bomb to the water man this friday these 5 web series will release on Netflix, Hotstar and Amazon Prime