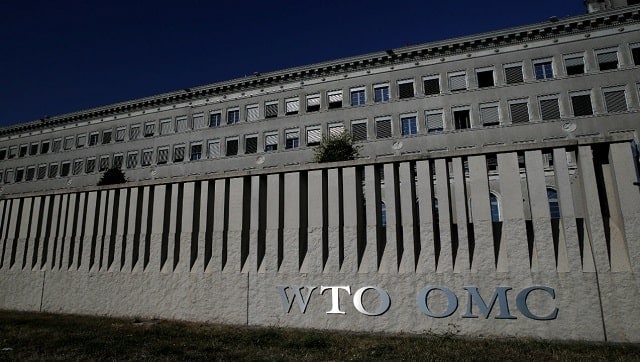 For the first time in its history, World Trade Organization names women to half of deputy leader roles-World News , Technomiz

The new director-general — herself the first woman and the first African to lead the WTO — appointed Angela Ellard of the United States and Costa Rica’s Anabel Gonzalez, along with Jean-Marie Paugam of France and China’s Zhang Xiangchen. The new director-general — herself the first woman and the first African to lead the WTO — appointed Angela Ellard of the United States and Costa Rica’s Anabel Gonzalez, along with Jean-Marie Paugam of France and China’s Zhang Xiangchen.

The WTO has counted one woman deputy director general previously, but Okonjo-Iweala stressed that this was “the first time in the history of our organisation that half of the DDGs are women”.

“This underscores my commitment to strengthening our organisation with talented leaders whilst at the same time achieving gender balance in senior positions,” said the WTO chief, who took office on 1 March.

“I look forward to welcoming them to the WTO.”

In making the appointments, Nigeria’s former finance and foreign minister maintained the previous balance of one deputy from China, one from the United States, one from the European Union and one from a developing country elsewhere.

The deputies each take charge of four or five fields at the Geneva-based global trade body, such as legal affairs, market access, development, agriculture and commodities, and intellectual property.

Ellard has served at the US Congress as majority and minority chief trade counsel.

Gonzalez is a former foreign trade minister who also served as a senior director at the World Bank and as director of the agriculture and commodities division at the WTO.

Paugam was France’s permanent representative at the WTO and has held senior positions in the French economy and finance ministry.

Zhang is a vice minister in China’s Ministry of Commerce who was recently Beijing’s permanent representative to the WTO.

The organisation is holding a meeting of its general council on Wednesday and Thursday. The council is the WTO’s highest-level decision-making body in Geneva, featuring representatives from all 164 member states.