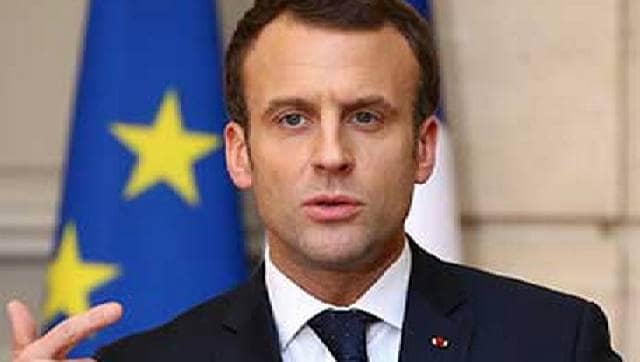 Macron, a highly divisive figure, is expected to seek a second term in next year’s presidential elections with polls showing him with a narrow lead over Marine Le Pen 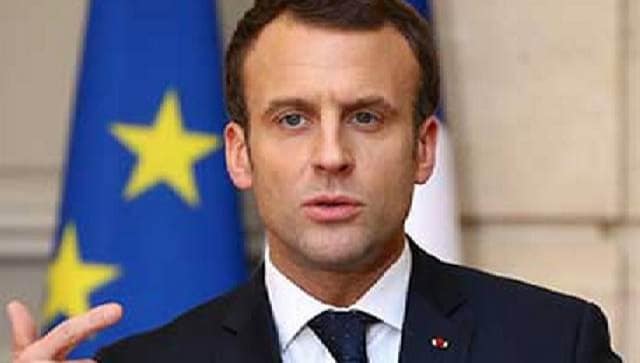 Tain-l’Hermitage: French president Emmanuel Macron was slapped in the face while greeting a crowd in southeast France on Tuesday, a security scare that drew widespread condemnation ahead of regional elections this month.

Video footage on social media showed Macron approach a barrier to meet and shake hands with voters, where a man in a green T-shirt took hold of his elbow and said a few words before slapping him.

Macron’s bodyguards quickly intervened and two people were detained afterwards, local officials said. “Around 1:15 pm (1115 GMT) the president got into his car after visiting a high school, but got back out because onlookers were calling to him,” the prefecture for the Drome region said. “He went to meet them and that’s when the incident took place,” it said.

Two 28-year-old men living in the region are being questioned, the local prosecutor’s office said, but “at this stage of questioning, their motives remain unknown.” The assault in the village of Tain-l’Hermitage in the Drome region sparked outrage across the political spectrum and overshadowed what Macron billed as a listening tour to “take the country’s pulse.”

“Politics can never be violence, verbal aggression, much less physical aggression,” Prime Minister Jean Castex told parliament, adding that “through the president, it is democracy that has been targeted.” Macron continued his trip afterwards, said an aide, who described the incident as an “attempted slap” though video footage appeared to show the man making contact with the president’s face.

On the video of the incident, someone can be heard shouting “Down with Macronism!”

“I am doing fine. We must put this incident, which I think is an isolated event, into perspective,” Macron told the Dauphine Libere newspaper in an interview after the incident in the village of Tain-l’Hermitage in the Drome region.

But he added: “Let’s not let isolated events, ultra-violent individuals… take hold of the public debate: they do not merit it.”

Macron, who remains a highly divisive figure, is widely expected to seek a second term in next year’s presidential elections and polls show him with a narrow lead over far-right leader Marine Le Pen.

His latest nationwide tour includes around a dozen stops over the next two months, with the former investment banker keen to meet voters in person after more than a year of crisis management over th COVID-19

A 2018 tour to mark the centenary of the end of World War I saw scenes of furious citizens booing and heckling him. It took place just as anti-government “yellow vest” protests were gathering momentum to denounce the government’s policies and the Macron personally for his leadership style, which was criticised as aloof and arrogant.

In July last year, Macron and his wife Brigitte were verbally abused by a group of protesters while taking an impromptu walk through the Tuileries gardens in central Paris on Bastille Day.

Shortly before being slapped, Macron was asked to comment on recent remarks from far-left leader Jean-Luc Melenchon, who suggested at the weekend that next year’s election would be manipulated. “Democratic life needs calm and respect, from everyone, politicians as well as citizens,” Macron said.

In a rare moment of national unity, even his fiercest critics and political rivals came to his defence on Tuesday. Melenchon said he stood “in solidarity with the president,” while Le Pen called the slap “unacceptable and profoundly reprehensible in a democracy.”

The slap is nevertheless likely to spur debate in France about a pernicious political climate just two weeks from the first round of regional elections and 10 months from the presidential contest next April.

“It’s tense everywhere,” ruling party MP Patrick Vignal commented. “This campaign stinks and it’s because of the personalities. No one is going to come out a winner.”

In 2011, right-wing president Nicolas Sarkozy had a security scare in southwest France when he was grabbed violently by the shoulder by a 32-year-old local government employee.