From flip-flops over cargo flights to jibes at US, here’s how China has responded to crisis in India-India News , Technomiz” 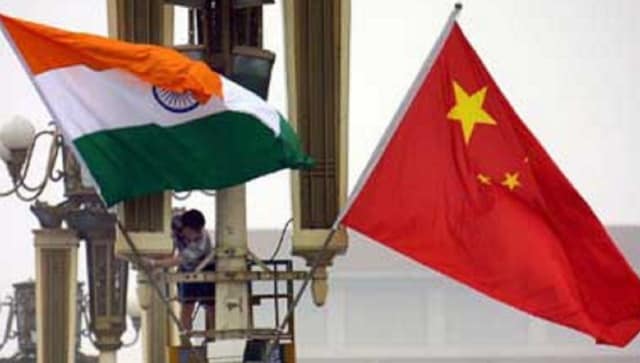 China’s response to the devastating second wave of COVID-19

in India has been a bundle of contradictions — from the Sichuan Airlines’ flip-flop over cargo flights to attempts at stoking tensions between the US and India.

New Delhi currently appears to be reacting cautiously to Beijing’s offers for assistance to deal with the crisis. On Tuesday, India did not attend a meeting hosted by Chinese foreign minister Wang Yi to discuss co-operation on COVID-19

In the past few weeks, the COVID-19

situation in India has been the focus of much global attention, with several countries offering support. In this context, here is an overview of how China has responded to the ongoing health crisis in India.

On Monday, China’s state-run Sichuan Airlines retracted its announcement to suspend cargo flights taking crucial supplies like oxygen concentrators to India and said that it was working out a new plan to resume the services.

A logistics arm under Sichuan Airlines said that it was discussing a new plan to resume cargo services to India, as the country has been going through a COVID-19

The response came after Indian media reported that Sichuan Airlines had suspended all its cargo flights to India for 15 days, and said that such a move brings “major disruption” to private traders’ efforts to buy medical supplies, including oxygen concentrators, from China.

The suspension of cargo flights came as a surprise to agents and freight forwarders who are frantically trying to procure the oxygen concentrators from China, as noted by PTI.

There have also been complaints of Chinese manufacturers jacking up the prices by 35 to 40 percent. The freight charges have been increased to over 20 percent, the agency quoted Siddharth Sinha of Sino Global Logistics, a Shanghai-based freight forwarding company, as saying.

The suspension of the flights is surprising as there is no crew change in India and the same crew flies the aircraft back, he said.

There are also virtually no Indians travelling to China from India other than diplomats as China has suspended visas for Indians since November and flights remained banned.

It is in this backdrop that Chinese propaganda outlets have targeted the United States for not doing enough to help India at its time of need. It appears plausible that this criticism is being made to divert attention from China’s inconsistent response, as well as criticism over its attempts at vaccine diplomacy.

China takes aim at US

Chinese propaganda outlets have stridently criticised the US for its initially sluggish response to the emerging crisis in India. An article in Chinese Communist Party mouthpiece Global Times said that the response could be a ‘slap in the face’ for those who advocated for an alliance between India and the US.

The article, titled “Will US ‘crocodile tears’ prompt Indian elites to reflect on who their allies are?”, remarked, “The rising anti-US sentiment will become an alarm bell to Indian elites. Over the past few years, India’s foreign policy, especially its US strategy, has been profoundly impacted by pro-US forces. The new development will at least prompt them to reflect. Yet it is too early to tell whether their pro-US stance will fundamentally change.”

Another article in Global Times titled ‘US selfishness hits partnership with India, but China blamed’,  struck a similar note as it said, “In the past few days as India is battling the deadly surge of COVID-19

infections and deaths, it has clearly felt how “unreliable” its close partner, the US, is. If there had not been pressure from China and other countries, the US may not offer any substantial assistance to India, not even a verbal promise.”

situation in the country recently. “China is ready to provide support and help according to India’s need, and is in communication with the Indian side on this. We believe that the Indian people will defeat the virus at an early date,” Zhao said in response to a question from the official Chinese media if Beijing is having communications with New Delhi on providing help to India fight the pandemic.

However, China’s expression of support to India is deeply ironical, coming as it does on the back of its aggressive posturing during the nine month-long military standoff along the Line of Actual Control in Ladakh. That said, as noted by an article in Bloomberg, “The comments out of China, coupled with the severity of the crisis in India, show how the imbalance in vaccinations between richer and poorer nations has the potential to reshape geopolitics as parts of the world start to reopen. Washington and New Delhi have strengthened ties over the past year amid a border clash in the Himalayas and India’s efforts to attract companies looking to diversify away from China.”

crisis, its record elsewhere gives New Delhi reason to be wary. As noted by an article in Foreign Affairs, during the pandemic, China has exploited its dominance of manufacturing supply chains to win favor by donating masks and now vaccines to foreign countries. Chinese-developed vaccines have, however, been met with considerable skepticism due to questions about their distribution, effectiveness and pricing.

Thus, while the US was indeed initially hesitant to respond to the coronavirus

‘ second wave in India, China’s criticism of the US appears to be guided largely by a bid to divert attention from its own questionable actions.