Covishield dose gap row: Union health minister Harsh Vardhan too said the decision to increase the gap “has been taken in a transparent manner based on scientific data” 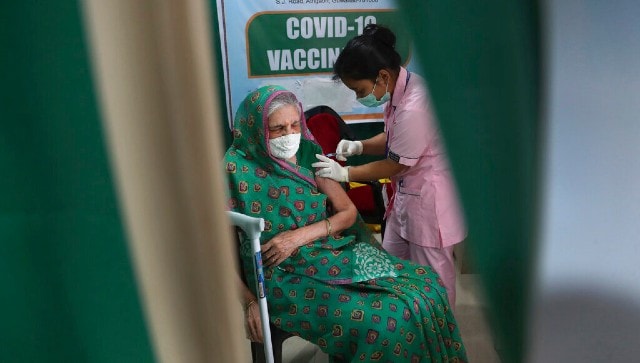 The government said on Wednesday the decision to increase the interval between two doses of Covishield to 12-16 weeks was based on scientific evidence, suggesting that authorities were discussing whether to reduce the gap. The statement comes amid a fresh debate over the ideal gap between the two doses of the Oxford-AstraZeneca vaccine.

What’s the debate now? It all began after a report by news agency Reuters suggested India doubled the gap between two Covishield doses without “the agreement of the scientific group that it said recommended the increase”. The report was based on interviews of three people privy to the developments.

According to Reuters, MD Gupte, a former director of the state-run National Institute of Epidemiology, said the National Technical Advisory Group on Immunisation (NTGAI) backed increasing the interval to 8-12 weeks, as advised by the World Health Organization. “But he added that the group had no data concerning the effects of a gap beyond 12 weeks,” the report quoted Gupte as saying.

• In short, the report suggested there was indeed a discussion on increasing the interval, but NTGAI did not suggest a 12-16 weeks’ gap.

The report also quoted NTAGI’s Mathew Varghese, “who said the group’s recommendation was only for 8-12 weeks”, and JP Muliyil, a part of the seven-member COVID working group.

How did the government respond? It released a statement detailing what NTAGI chairperson Dr NK Arora told DD News. Arora said the decision to increase the gap between doses of Covishield — the Made-in-India version of the AstraZeneca vaccine — was taken on scientific evidence and in a transparent manner. “(There was) no dissent among NTAGI members regarding the decision”.

• He said India has a robust mechanism to look at other ongoing scientific evidence.
• He cited a set of data from the UK in April that “showed that vaccine efficacy varied between 65%-88% when interval is 12 weeks”.
• He said a 12-16 weeks’ gap gives some amount of flexibility to beneficiaries, as everyone “cannot come at precisely 12 weeks or so”.
• He said countries such as Canada, Sri Lanka and a few others were using 12-16 weeks’ interval.

Union health minister Harsh Vardhan too said the decision to increase the gap “has been taken in a transparent manner based on scientific data”. “It’s unfortunate that such an important issue is being politicised!” he tweeted.

In another tweet, he said records of minutes of the meetings of the COVID-19

Will the gap between doses come down? Arora said the decision will be taken scientifically, “giving paramount importance to the health and protection of the community”. He said two-three days after India increased the dosage interval on 13 May, “there were reports from the UK that single dose of AstraZeneca vaccine gives only 33% protection and two doses give about 60% protection”. He added a discussion had been going on since mid-May whether India should revert to “four or eight weeks”. Initially, the recommended interval was four-six weeks. This was increased to six-eight weeks in April based on data available back then.

and the vaccination are very dynamic. Tomorrow, if the vaccine platform tells us that a narrower interval is better for our people, even if the benefit is 5%-10%, the committee will take the decision on the basis of merit and its wisdom. On the other hand, if it turns out that the current decision is fine, we will continue with it.”

The UK experience: After opting for a 12-week gap between two doses, the UK said in May people who receive a first dose of the Oxford-AstraZeneca vaccine can come back for their second dose within 8, and not 12, weeks. This was done in view of the rise of the B.1.617.2, or Delta, variant in the UK.

• The country’s health authorities decided to prioritise those over 50 years and those with comorbidities for jabs with a shortened interval.