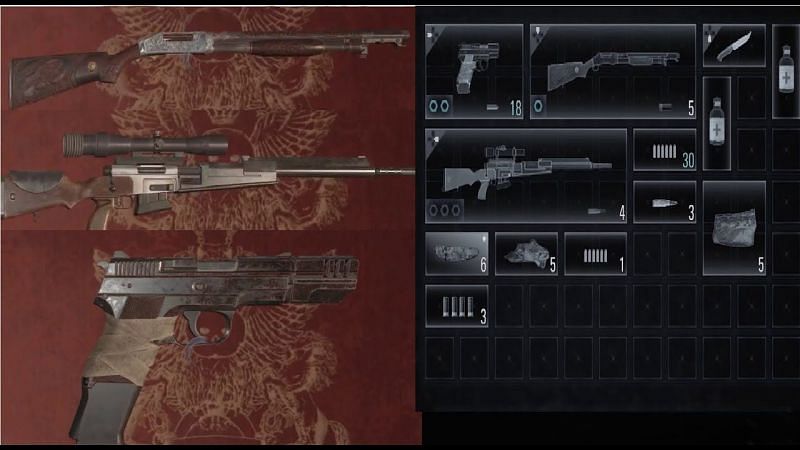 How to get all weapons in Resident Evil Village

Resident Evil Village has launched to critical acclaim and fans cannot get enough of Capcom’s action horror adventure. As is customary with Resident Evil titles, players are given the choice of using multiple weapons (although with limited ammo) to fight their way through the unknown. Here’s every weapon in Resident Evil Village and how to get them.

Also read: How to get the hidden Moreau weapon in Resident Evil Village

How to get all Resident Evil Village weapons 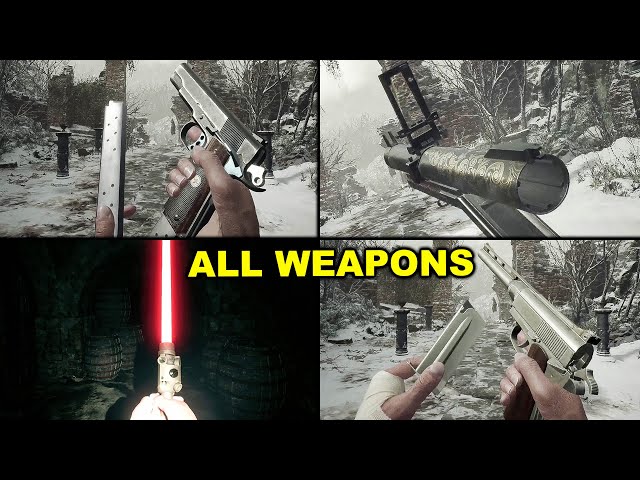 Players receive the LEMI from an old man shortly after entering the village. It is impossible to miss and will be awarded after players progress in the story. Without upgrades, it’s one of the weakest Resident Evil Village weapons.

Players will receive the M1897 Shotgun after the cutscene where Ethan’s hand gets bitten. After opening the door leading to a red gate, players must turn left after exiting that door, and follow the blood trail on the ground. Entering the house at the end of the trail will give players a shotgun that can be found laying on a table close to the entrance.

Players must first solve the “five bells” puzzle in Castle Dimitrescu to get the F2 Sniper. Once completed, players must head through the passageway in the painting. Climbing the next available ladder and proceeding down the hallway, players can find the sniper ready to be picked up.

Once open, go through the doorway on the left. After fighting some enemies, players must take a left at the tractor. Opening the padlock on the big red gate will lead players to a hut with a locked cabinet that requires the combination, 070408, to open and get the M1911.

This weapon can be found after completing the Beneviento mansion. Players must find and enter a small hut to the right of a fallen tree. The W870 will be propped up against a wall to the right of the entrance.

After defeating the third boss, players must use the elevator to get back to the surface. Cranking open the door to the right, players must walk down the path behind that door until they’re near the treasure chest market.

Following a small path in that area, players will come upon a large house where they must enter through a small hole around the side of the front door. Once inside, the chest on the right will hold the M1851.

After beating the third boss, players must head to the surface through the elevator in the mines and proceed to a mechanical door that leads to the magnum.

Players must opt to go through the other nearby door instead, which will take them to a path where a sign that reads “This Way,” is posted. Players must then turn left and follow the stream till they come upon a house marked with an Iron Insignia key logo.

Using a key to enter that house, players can then pick up the GM79

It is available from the Duke after meeting the merchant for the first time in the fourth boss area.

The stake is available from the Duke on a New Game+ run of Resident Evil Village.

Available via the Extra Content menu for 30,000 CP. Players can then buy it from the Duke for 200 Lei.

The Karambit can be unlocked from the Extra Content menu for 10,000 CP. Players can then buy it from the Duke for 100 Lei.

Can be acquired for 20,000 CP and 350 Lei from the Duke during a New Game+ run of Resident Evil Village.

To unlock this weapon, players must beat Resident Evil Village on Hardcore Difficulty. Once completed, players can buy this pistol for 60,000 CP and 1,100 Lei.

Can only be unlocked after completing Resident Evil Village on Village of Shadows difficulty. If players manage to conquer the one-hit death difficulty, the overpowered Rocket Pistol is available for 80,000 CP and 1,500 Lei.

Can only be acquired after beating the game’s Mercenaries mode with at least an SS Rank. It can be found in the Resident Evil Village’s Extra Content menu afterwards.

Only available as part of the Resident Evil Village – Village Trauma Pack DLC. Players can spend IRL money to buy this gun from the Duke for 200 Lei.

Also read: Resident Evil Village Treasure guide: How to get treasure under the stronghold