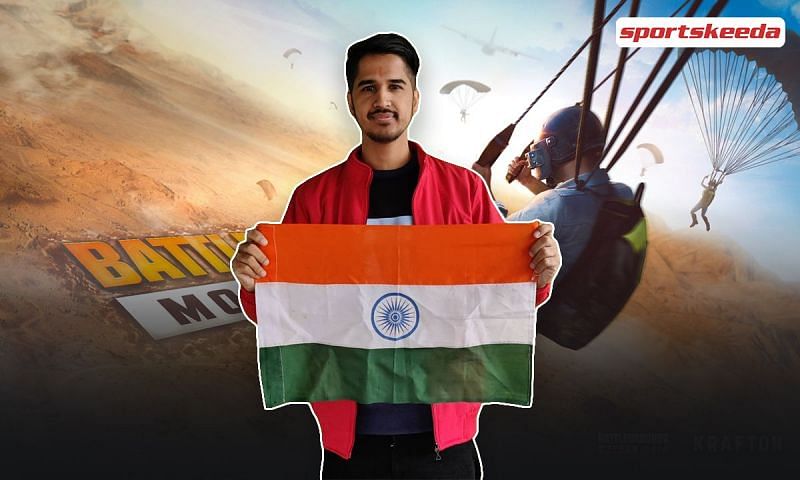 On May 6th, 2021, i.e., yesterday, Krafton announced the much-awaited Battlegrounds Mobile India. This comes nearly six months after the initial press release about the localized version of PUBG Mobile.

Soon after, the teaser was released on the official YouTube channel, while the South Korean organization also revealed the game’s logo.

Amit Sharma, otherwise known by his YouTube channel name Desi Gamers, is a popular Free Fire content creator and streamer and has given his overview regarding the return of Battlegrounds Mobile India.

Readers who aren’t aware of ‘Desi Gamers,’ he is the third Indian Free Fire content creator to surpass the 10 million subscriber mark and has accumulated a massive 1.26 billion views in total. The player has a vast fanbase with more than 1.7 million followers on Instagram.

Desi Gamers, in an exclusive statement given to Sportskeeda Esports, stated the following:

“The hype about PUBG making a comeback is real. They have also launched a ‘coming soon’ teaser with a new name, Battlegrounds Mobile India! As a gaming content creator, I can testify how difficult it was for gamers and gaming content creators to sustain last year after the ban. With this comeback, the game will boost the entire Indian gaming community. Hoping they launch soon.”

Krafton hasn’t announced a release date, but a pre-registration will precede the game’s launch. Meanwhile, Battlegrounds Mobile India will feature exclusive in-game events and will also boast its own esports ecosystem.

In line with the initial press release, the game is set to have specific restrictions for younger audiences, i.e., players under 18 years of age. These users will be able to access the game for three hours per day, while the restriction regarding the spending limit on the paid service has been set at INR 7000 daily.