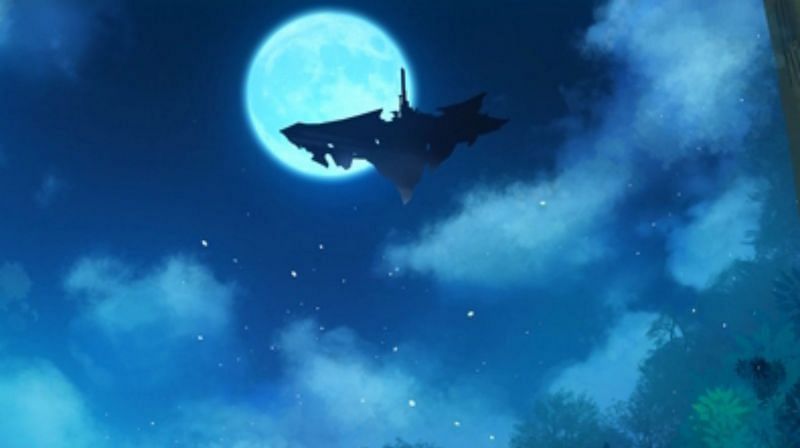 How to spot and all you need to know

Celestia is one of the secrets players can discover in Genshin Impact. The game is filled with lore for players interested in exploring the game’s hidden tales and history.

Celestia is a weird floating island, the abode of the gods. Although most players won’t know anything about Celestia, it’s one of the first things they can find in the manga. But other than that, little is known about this eerie, levitating island.

Celestia is a strange location. Players who aren’t aware of this place often wonder about its presence. It is said that mortals who perform heroic acts can ascend to Celestia with the potential to reach godhood.

So how does one spot, Celestia? What do we know about it so far? This article dives into some of the basics of this mysterious land.

How to spot Celestia in Genshin Impact

Celestia is a floating island that can be located in the sky all around Teyvat. It doesn’t move like the sun and the moon. Instead, it’s completely still in its place and can be seen from different angles in different places. For example, from Stormterror’s Lair, Celestia can be seen in the west and looks straight and obvious. While from Qingyun Peak, it appears to be leaning south to some degree.

The floating island can be seen both at night and during the day. Although, it can be quite hard to spot it in the day sky.

All you need to know about Celestia in Genshin Impact

Of course, being the home of the Gods, Celestia will have a lot to say. So far, the information known can be considered inadequate. But even then, there are so many minor details that it can be a lot to process.

It appears that each nation has different beliefs about Celestia. In Mondstadt, the people believe that chosen mortals will ascend to Celestia and achieve godhood, just like what happened to Vennessa.

While in Liyue, they believe that Adepti descended from Celestia. Others also believe that they ascend back to Celestia instead of dying. This is what’s recognized about Guhua, the only person other than Vennessa reported having ascended to Celestia.

Meanwhile, Dainsleif, the former Twilight Sword of Khaenri’ah, says that those that ascend “hovers under the light of the gods,” implying that ascension in Celestia does not make one a god.

Thousands of years ago, Celestia opened seven divine seats for unknown reasons. Later on, this event is called the Archon War. It caused chaos and misery all over Teyvat. The once peaceful world was quickly tormented by the gods fighting among themselves to claim those divine seats.

The winners of this war are then known as The Seven. Celestia is said to resonate with their powers for the Archons through their Gnosis. Although, in the current time, the Archons seem to have a weak relationship with Celestia.

Archons are also known to be able to hear Celestia. This privilege once belonged to mortals too, but this is no longer the case.

There is a lot of speculation in the current story that it’s indirectly involved with Celestia’s control over Teyvat. Many players are theorizing that Tsarista, the Cryo Archon of Snezhnaya, is plotting to rebel against the Celestial gods. Of course, the details are still unknown. Players will have to wait for the story to unfold to learn more about Celestia.