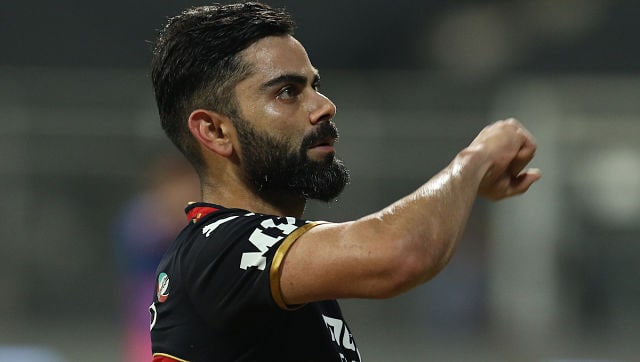 “Virat Kohli has been desperately searching for combinations in his bowlers — to try and make sure that they start the innings with the impact, like they’re able to do with the bat,” Pietersen pointed out on Star Sports’ show Cricket Live.

“Kohli, De Villiers, they’ve now got Glenn Maxwell, Devdutt Padikkal, they’ve got all that. So, the batting department is absolutely fine. (But) It is the bowling department that they have struggled with. (They’ve had) Dale Steyn, Mitchell Starc, was someone who was almost there, almost came. They’ve got through that many bowlers. It looks like they’ve been comfortable with Kyle Jamieson and Mohammed Siraj.”

While Harshal Patel is currently the Purple Cap holder, his Bangalore teammates Jamieson and Siraj are among the top 12 bowlers in the race for the best bowler of the 2021 edition of the Indian Premier League. Virat Kohli, captain of Royal Challengers Bangalore, reacts during their game against the Rajasthan Royals on Thursday. Sportzpics

Pietersen added: “Yuzvendra Chahal is not the kind of guy that has to come on in the third and fourth over and then drag it back and get all the wickets. As good as he is, that’s a hell of a lot of pressure for somebody to do every single season. So, I just think that bowling department is something that Virat now feels comfortable about. And when you’ve got guys like Adam Zampa, Kane Richardson and Daniel Sams all still waiting to play, he knows that he’s got back-up.”

Kohli himself was full of praise for his bowling unit after their performance against Rajasthan Royals on Thursday. The Bangalore bowling unit restricted Rajasthan to 177 on Thursday, setting up the stage for a Devdutt Padikkal masterclass to chase the target down with all 10 wickets in hand.

“We don’t have many stand out names in bowlers, but we have effective bowlers. Guys who can do it day in day out. Four out of four times we’ve been the stand-out team in the death overs. We actually restricted 30-35 runs. Dev’s innings was outstanding, but for me the bowling which was aggressive, optimistic was key,” said Kohli.

Chennai Super Kings will take on Royal Challengers Bangalore on Sunday at the Wankhede Stadium. Catch all the action LIVE and exclusive on the Star Sports Network & Disney+ Hotstar VIP from 2.00 PM onwards.