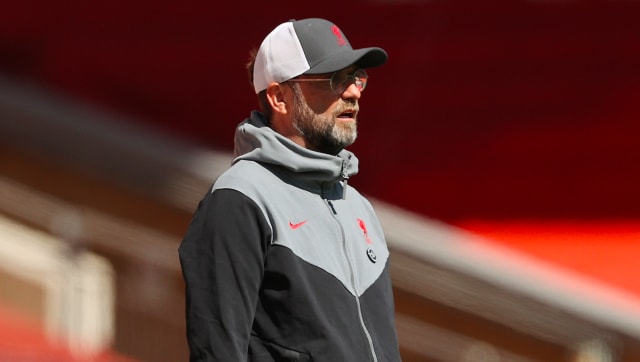 Fans were shut when Liverpool ended a 30-year wait to win a league title last season due to coronavirus restrictions and the 10,000 crowd on Sunday was the biggest for at Anfield for 14 months. Liverpool: Liverpool manager Jurgen Klopp said on Sunday that sealing a place in next season’s Champions League on the day fans returned to Anfield for a 2-0 win over Crystal Palace was a dream come true.

Despite a difficult season defending their Premier League title due to a number of long-term injuries to key players, Liverpool’s 10-game unbeaten run to finish the campaign saw them finish third behind Manchester City and Manchester United.

restrictions and the 10,000 crowd on Sunday was the biggest for at Anfield for 14 months.

“Outstanding, (the) best I could’ve dreamt of. We wanted this feeling, this game, this atmosphere.”

Klopp could afford the luxury of withdrawing Georginio Wijnaldum to a standing ovation on his final Liverpool appearance late on after Sadio Mane struck twice.

Wijnaldum is out of contract and has been strongly linked with a move to Barcelona.

“Gini Wijnaldum is leaving the club and we all love him to bits,” added Klopp.

Wijnaldum won both the Champions League and Premier League during his five seasons at Liverpool.

“I have to start a new adventure. I knew I went to a big club. I remember that I was sitting in the living room and the manager said when I come to Liverpool we would win prizes. I am happy it went that well.

“It would have been really painful to leave the club without any.”