In an official press conference, the European Masters and French League of Legends champion, Karmine Corp, announced that the team is parting ways with their rookie top laner Adam “Adam” Maanane.

Even though Adam’s next destination wasn’t officially revealed in the press conference, Karmine Corp confirmed that he had signed for a League of Legends team from “a major league”.

Various leaks and reports suggest that Adam has accepted a prestigious offer from Fnatic and is likely to join the LEC heavyweights before the upcoming summer split. As stated by Karmine Corp in a live twitch press conference:

“Adam has received a prestigious offer from another team and told us his decision to take this new opportunity. With his remarkable performance, Adam proved he was much more than a rookie, by dominating all of his opponents in his very first season as a professional.”

L’Equipe reported that the 21-year-old French rookie is set to join a well-known League of Legends organization from a major region, with both teams reaching a verbal agreement.

With Selfmade’s departure and Adam’s arrival at Fnatic, Bwipo might switch his role to jungler in the upcoming League of Legends LEC Summer Split

As things stand, Adam will replace veteran Gabriël “Bwipo” Rau in the top lane for Fnatic. Bwipo might thus need to switch his role to a jungler in the upcoming LEC Summer Split 2021, as Oskar “Selfmade” Boderek might be on his way to Vitality.

Last month, in a live League of Legends stream, Bwipo also revealed that he had declined a recent contract extension offer from Fnatic. He said,

“I don’t want to be on a team like Fnatic if I don’t perform well. I have other options lined up for me, so maybe a different top laner can bring results to Fnatic.”

Thus, acquiring Adam from Karmine Corp might be a part of the LEC giant’s long-term plan. Although the new top laner’s salary at Fnatic has not been disclosed, a report from Dot Esports suggests that the French League of Legends youngster is entitled to a performance bonus of €10,000 for his first Spring Split and €15,000 for his first Summer Split upon completion of contracted goals. 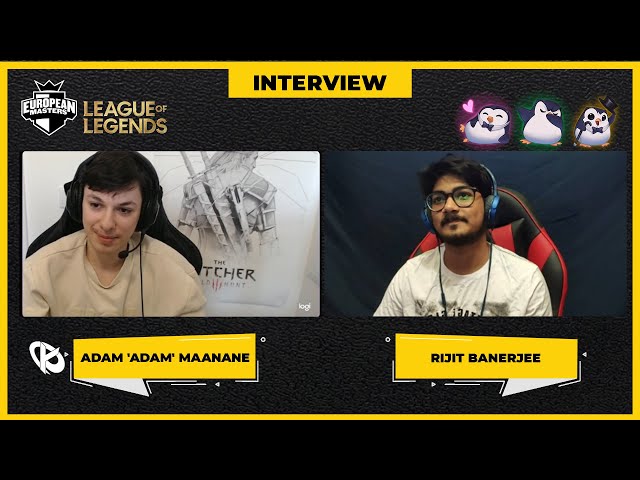 Adam is currently at the peak of his form and is well known for his versatile picks in the top lane. He has been one of the most talked-about players in the LFL for the past two seasons and thus, Fnatic fans have already started growing their expectations with regards to the rookie.

Adam is expected to be Fnatic’s new toplaner for the LEC Summer Split pic.twitter.com/kVDXWY81yc

Although the transfer looks like a done deal according to multiple media reports, Fnatic is yet to confirm the acquisition of Adam Maanane.