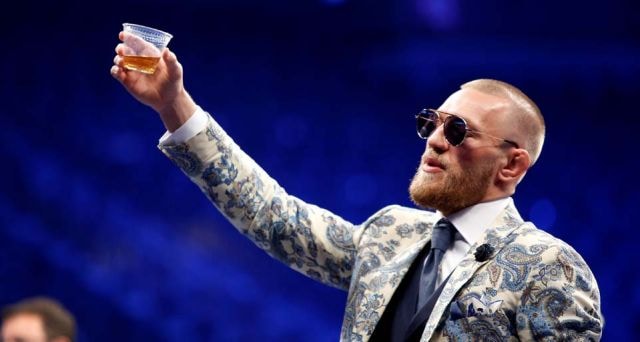 The bulk of the former plumber’s pay packet came via his successful business activities, which included the sale of his Proper Twelve whiskey brand. The 32-year-old Irishman only fought once in 2020, earning around $22 million from his victory over Donald Cerrone in January.

The bulk of the former plumber’s pay packet — an estimated $158 million — came via his successful business activities, which included the sale of his Proper Twelve whiskey brand.

McGregor was one of only four athletes to earn more than $100 million in 2020, according to the Forbes annual list of sport’s highest earners.

Barcelona superstar Lionel Messi was second on the list with $130 million in earnings, followed by Juventus idol Cristiano Ronaldo with $120 million.

Dallas Cowboys quarterback Dak Prescott was ranked fourth on the list with $107.5 million.

The bulk of Prescott’s earnings came via a $66 million signing bonus agreed when he inked a $160 million contract extension with the iconic NFL franchise.

LeBron James came in fifth with $96.5 million after a year that saw him lead the Los Angeles Lakers to the NBA Finals crown.

Some $65 million of James’ earnings came from endorsements and other off-the-court activities.

Paris Saint-Germain’s Brazilian striker Neymar was sixth on the list with $95 million.

Swiss tennis star Roger Federer, meanwhile, continued to make the top 10 despite playing only one tournament in 2020. The 20-time Grand Slam singles champion earned most of his $90 million from endorsements.