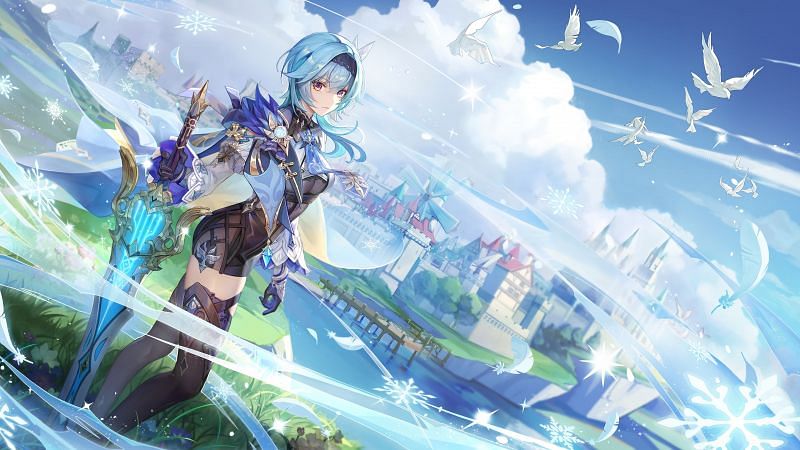 What are the chances of getting Eula from the next character banner?

Genshin Impact players will be able to wish for Eula in a week, and the Spindrift Knight of Mondstadt is shaping up to be a powerful addition to the game.

Players who want to summon this character may be wondering what the odds of getting Eula from her banner are, and they can find out more details here.

Genshin Impact: What are the chances of getting Eula from her banner

The chances of getting Eula on her banner in Genshin Impact all depends on how much pity a player has accumulated. Players who wish consistently on banners build up pity, and increase the chance for any wish to be a 5-star character. After this pity is met, usually around the 70-90 range, the player will receive a 5-star character, and this character has a 50% chance to be Eula.

If players do not receive Eula on their first 5-star, they are guaranteed Eula on their second. This may seem like a difficult task for players who are F2P, but with proper pity management, players can get any 5-star in Genshin Impact. Players must take advantage of this crucial system if they want to get any of the featured characters.

Without any pity at all, the chance for any single wish to give a player Eula are 1.6%.

Eula’s banner begins on May 18th, and players will be able to wish for the new 5-star Cryo Claymore character in just about a week. Eula brings a ton of Cryo and Physical damage to any team, and with huge damage multipliers, it makes sense that players would try to wish for this new character. While it is unknown exactly who will be on Eula’s banner in Genshin Impact, it is likely that characters like Bennett will be making an appearance.

Also read: Genshin Impact: How to farm the best Pale Flame artifact set for Eula ahead of her official banner release on May 18

The odds of getting Eula on her banner will follow the same rules of pity as every banner in Genshin Impact, so players will have to rely on their built up pity if they want to get this new character. Players will also have plenty of opportunities to get Primogems during Eula’s banner, as many events will be ongoing as well.