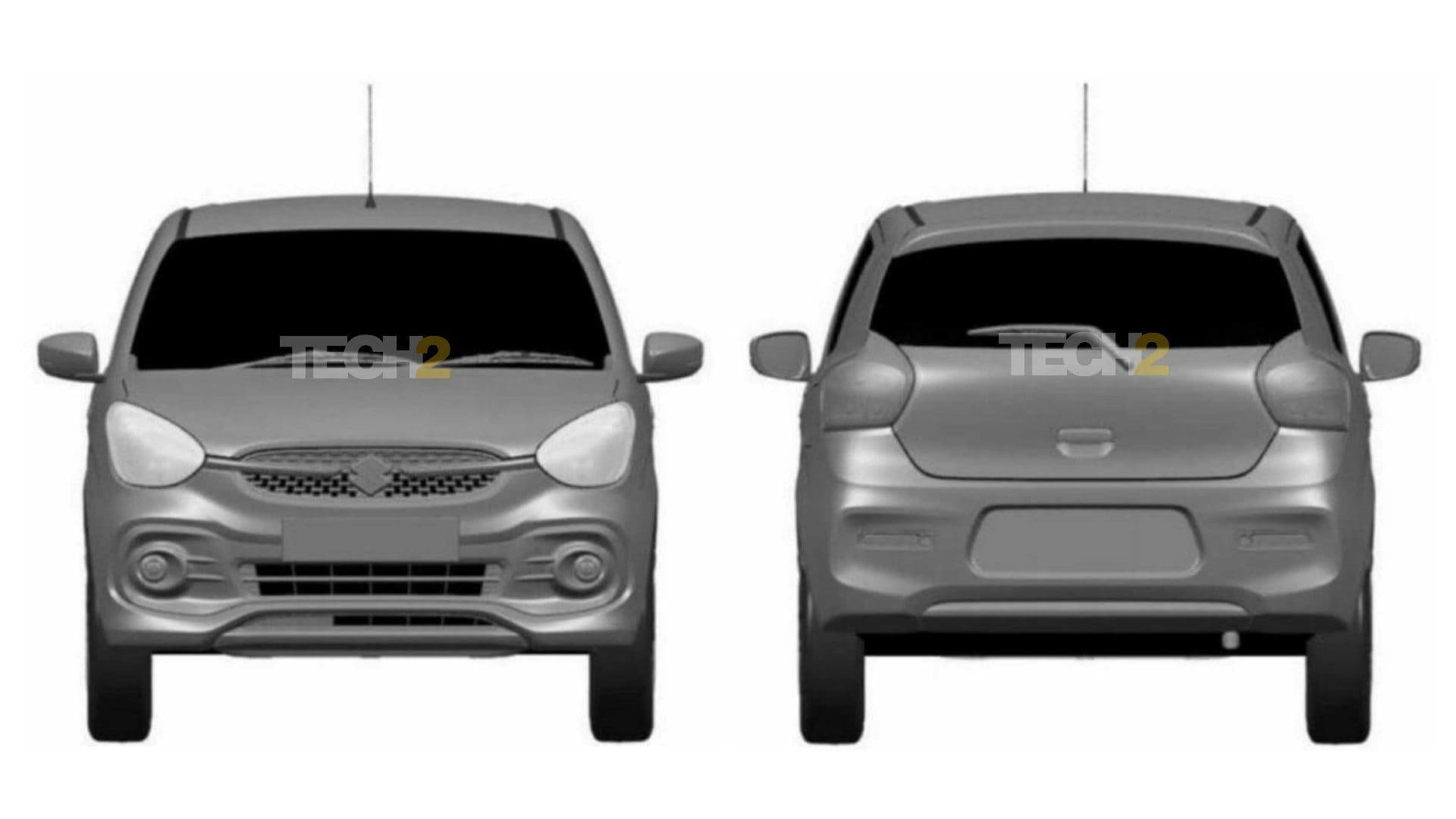 The 2021 Maruti Suzuki Celerio’s exterior design has been revealed ahead of its official debut thanks to leaked patent drawings. Originally set to arrive early in 2021, the second-generation Maruti Suzuki Celerio’s launch has been delayed because of the devastating second COVID-19 wave that gripped India, and the resulting plant shutdowns and component supply disruptions. However, the launch is now only some time away, and these leaked patents give us a clear look at what the next-gen hatchback looks like.

The 2021 Maruti Suzuki Celerio will sport sweptback headlights and a small mesh grille.

The original Maruti Suzuki Celerio – launched in 2014 – was no design icon, and it’s entirely unsurprising to see the company opt for a simple, sedate design language for the second-gen model. In its latest iteration, the Celerio will sport sweptback headlights and a smaller mesh grille, bisected by a strip that connects the headlights. The unfussy front bumper houses a small central air intake, and viewed from the side, the 2021 Celerio has no real design flourishes to speak of, and lacks the the character line of the current model, which originates at the front fender and stretches back to the tail-lights. In its second generation, the 2021 Maruti Suzuki Celerio is expected to make the switch to the Heartect platform.

Patent drawings show the Celerio running on multi-spoke alloys, and also shed light on its rather thick C-pillar. At the back, the tail-lights are mounted high and merge into reflector sections shaped like horns; the bumper is indented and the tailgate is small, pointing at a high loading lip.

On the whole, the 2021 Maruti Suzuki Celerio appears a bit drab on the outside and is unlikely to win any awards for its design, but continues with the basic, straightforward design ideology of the original. It’s also important to bear in mind that patent drawings, by nature, make a vehicle look drab – with colours and trim elements in place, the new Celerio should look a lot more up-to-date. 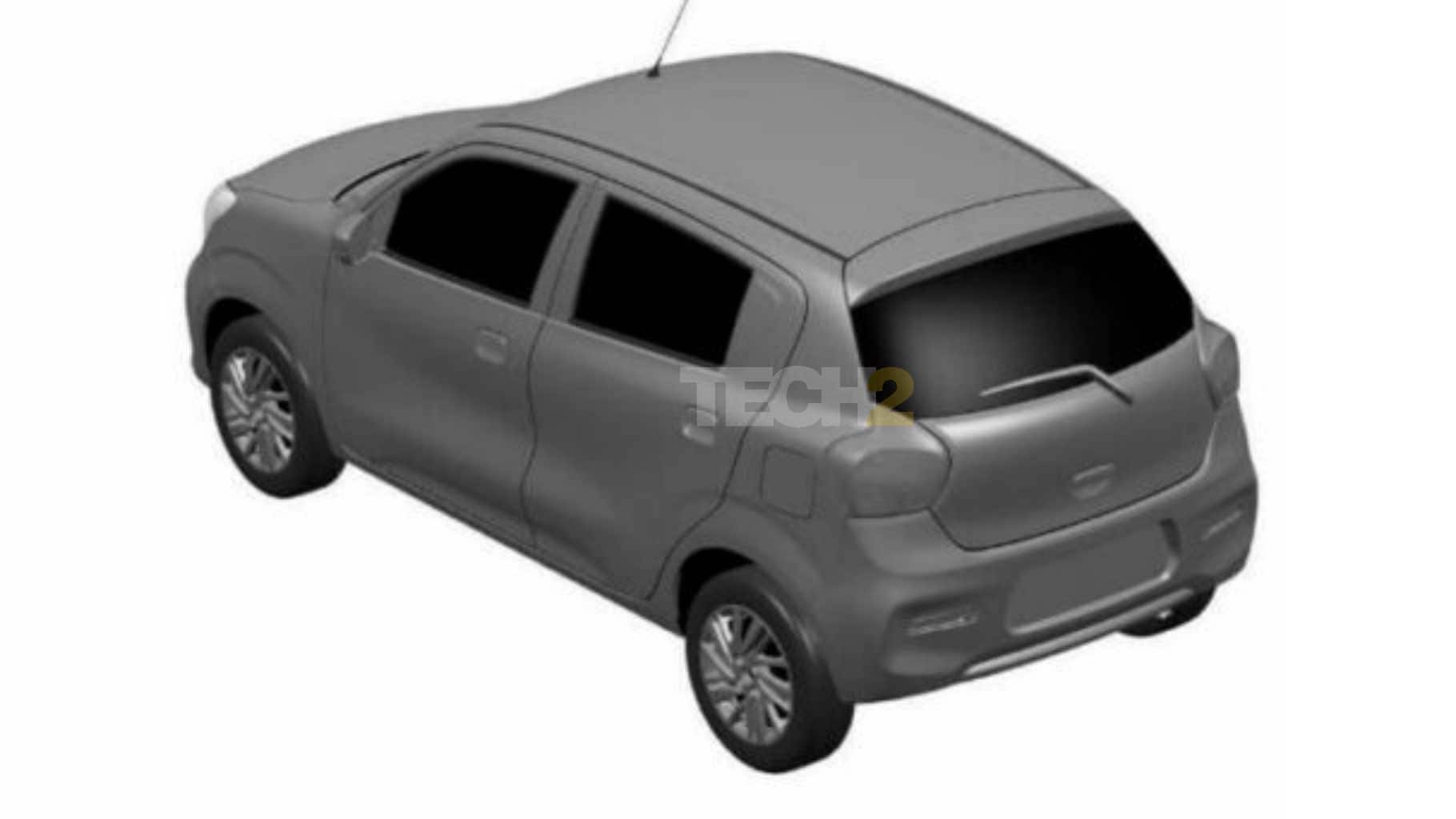 Note horn-like elements that merge into the tail-lights of the new Celerio.

Just like most new-gen Maruti Suzuki models, the 2021 Celerio, too, is expected to make the switch to Suzuki’s lightweight Heartect platform. It’s likely to grow a bit in terms of dimensions, which should make it a little bit roomier than the outgoing Celerio, and will also get a new dashboard, with top-spec models set to get Maruti’s latest SmartPlay Studio touchscreen infotainment system. Along the sides, the 2021 Maruti Suzuki Celerio lacks any sort of design flourish.

When it comes to engines, the 2021 Maruti Suzuki Celerio is likely to carry over its 1.0-litre, three-cylinder K10B petrol unit, and could also get the larger, 1.2-litre, four-cylinder K12M petrol engine. A five-speed manual will be offered alongside a five-speed automated manual transmission (AMT), and Maruti Suzuki will also bring a CNG-powered version of the new Celerio at a later date.

Expect the 2021 Maruti Suzuki Celerio’s prices to be in the Rs 4.80-6.20 lakh (ex-showroom) range when the second-gen hatchback is launched in the third quarter (July-September) this year.