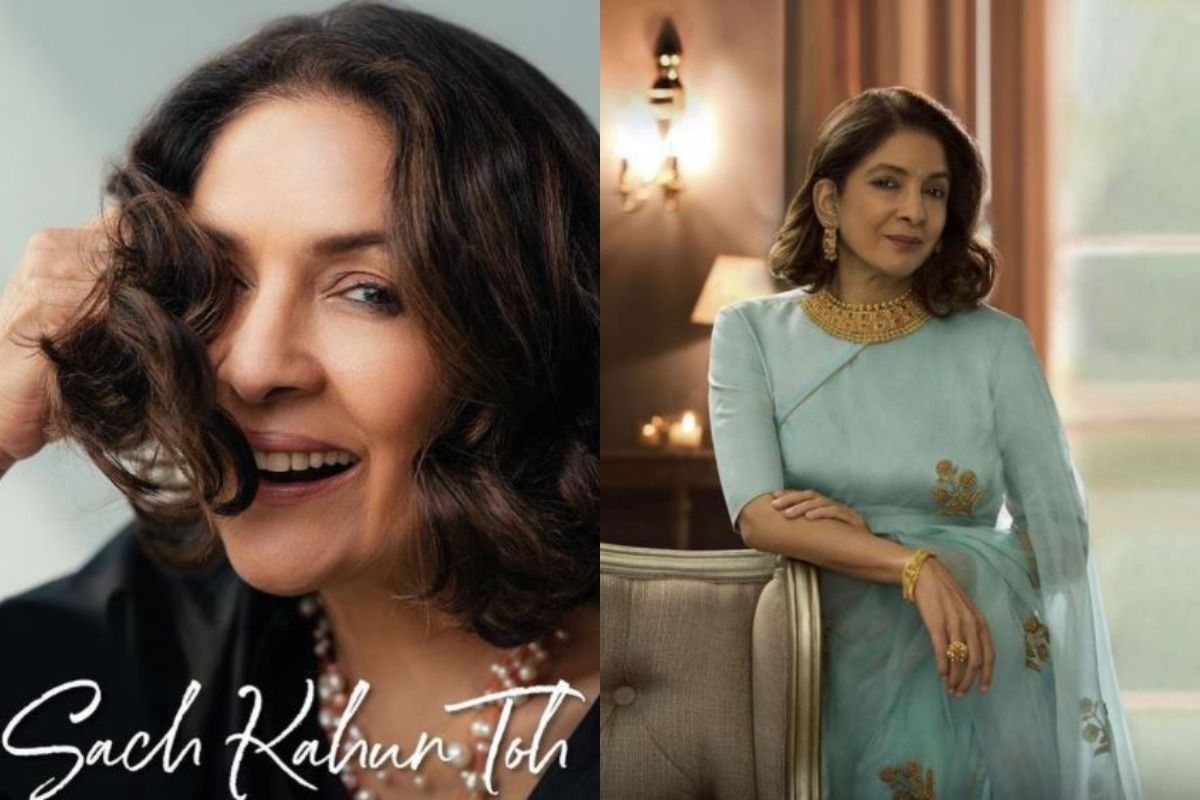 Mumbai: Actor Neena Gupta recently released her autobiographical book, Sach Kahun Toh, where she opened up about many facets of her life. Opening about one such phase of life, she said that she used to be called ‘behenji’ and ‘shameless’ in the same breath. She wondered ‘how this word came to be associated with women who don’t speak English as their first language. Who dress only in Indian clothes like a salwar kameez or sari, read-only Hindi literature, and are traditional and don’t subscribe to modern ideologies’. Also Read – Neena Gupta Reveals To Kareena Kapoor Khan She Was on Verge of Getting Married, But He Canceled Wedding At Last Minute

Nenna pens in her book, “I don’t understand how this word came to be associated with women who don’t speak English as their first language. Who dress only in Indian clothes like a salwar kameez or sari, read-only Hindi literature, and are traditional, and don’t subscribe to modern ideologies. I know it’s contradictory to be called a ‘behenji’ and ‘shameless’ in the same breath but these two words have been most descriptive of my life. I was a Sanskrit-loving girl who wore tops with spaghetti straps and that confused people.” Also Read – Masaba Gupta: When I Was Born, My Mum Had Rs 2000 in Her Bank Account

Her autobiography also talked about her infamous relationship with the former cricketer Vivian Richards. A passage in the book highlights the juncture of her life and the birth of now-famous fashion designer and actor Masaba Gupta. Satish Kaushik even told Neena to not worry about her child’s birth out of wedlock. The filmmaker had told him, “Don’t worry, if the child is born with dark skin, you can just say it’s mine and we’ll get married. Nobody will suspect a thing.” Also Read – Neena Gupta Shares Excitement After Receiving First Sample of Her Autobiography, Says ‘I am Thrilled’ | Watch

During the virtual launch of her book by actor Kareena Kapoor Khan, she revealed that when she was writing the book, she realised that during her prime years, she has been without a lover or husband. She further admits having small affairs but accepts that she was ‘lonely’. She also recalled being on the verge of getting married to one man, but called off the wedding ‘last minute’.

Neena told Kareena, “In fact, while I was writing the book, I realised in my prime years I have been without a lover or husband. Because I came here, then small affairs, nothing really materialised. Basically, I was all alone. Even with Vivian, he was far away, he had his own life. We met very seldom.” She recalled that she was on a verge of getting married to one man but he canceled the wedding last minute when she was shopping for clothes. “Till today I don’t know, that happened. But what can I do? I moved on. I would have loved to get married to him. I had a lot of respect for his father, mother. I was living in their house. He’s going to read, he’s alive, he’s happily married. He has children”, she added.

She said that people say she lived her life on her own terms but as per her, she never did. “People say I lived my life on my own terms. Actually, I never did. Wherever I went wrong, I accepted it and moved forward. I wanted to have a normal husband, children, my in-laws. When I see other people I do feel a little envious. I did not blame, I did not become alcoholic, because what I wanted I did not get”, she said.

Talking about the autobiography ‘Sach Kahun Toh’ will trace Neena Gupta’s journey from her initial days when she was a student at the National School of Drama (NSD), her personal life, love affair with cricketer Vivian Richards and their daughter and ace fashion designer Masaba Gupta and her successful second innings in Bollywood. It will also address issues such as film industry politics, the casting couch, and what it takes for a young actor to survive in the entertainment industry without a godfather.