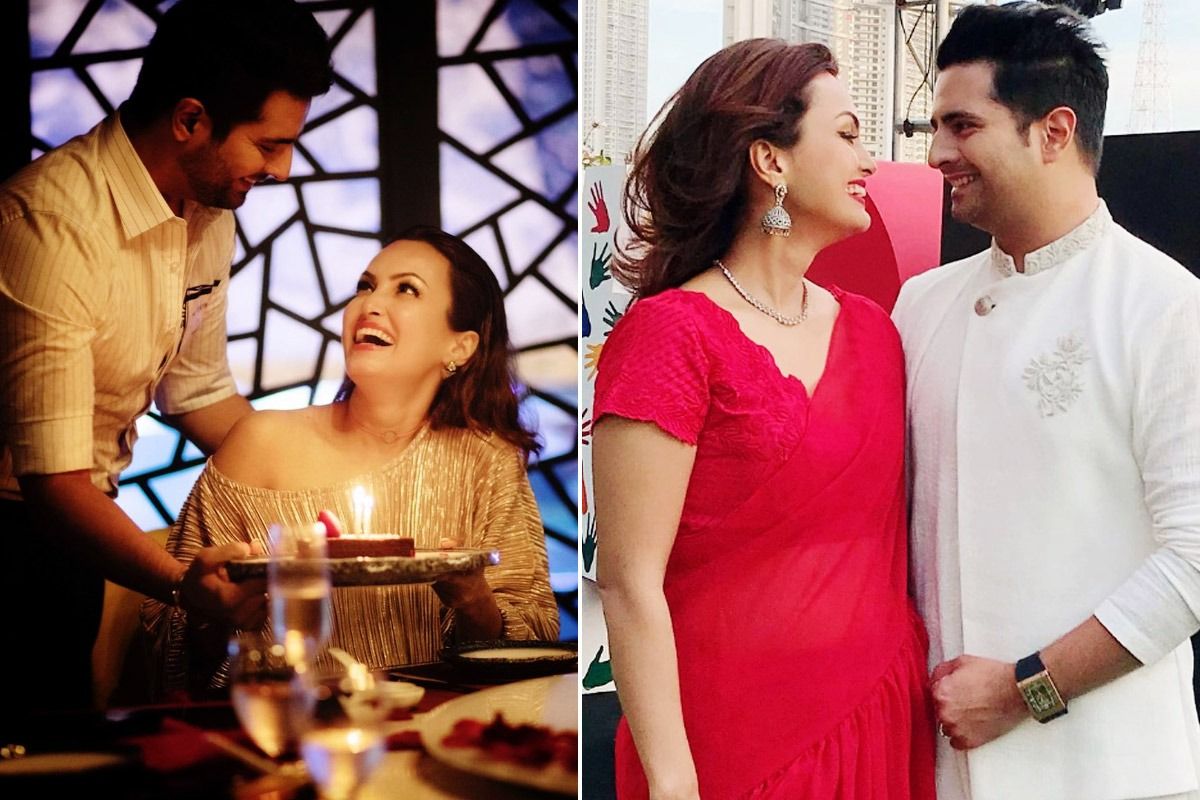 Nisha Rawal Accuses Karan Mehra of Physical Assault, Says He Used To Punch Me, Even Hit Me With Bat

Goregaon: Main Lakshmi Tere Aangan Ki actor Nisha Rawal on Tuesday addressed the media and opened up about the police complaint she filed against her husband Karan Mehra. Accusing him of having extramarital affair, she revealed that he physically assaulted her last night and said that he had hit her with a bat and even punched her. Also Read – Karan Mehra-Nisha Rawal Domestic Dispute: Kashmera Shah Reveals ‘He Has Been Hitting Her’

Talking about Kran’s abusive nature in the past, she said, “Haan, unhone mere upar haath uthaya hai, bohot hi aam baat hai, but because he is an actor, he is smart, he understands cameras, kai baar aisa hua ki mere face pe black and blue hua, kahi baar punch karte the, and kabhi bat se bhi.” (Translation: Karan has assaulted me in the past. My face used to turn blue and black several times, he used to punch me, and even hit me with a bat.)” Also Read – Karan Mehra Accused of Having Extramarital Affair, Nisha Rawal Says She Kept Mum to Save His Image

She further showed photos of her head injury and made allegations of physical assault against Karan. During the interaction, Nisha even broke down several times. She also said that she had been quiet since a long time because she didn’t want to tarnish her husband’s image but she decided to speak up after the incident of last night. She further denied all claims made by Karan in previous interviews. Also Read – Rohan Mehra, Rohit Verma React To Karan Mehra’s Arrest Over Domestic Dispute With Wife Nisha Rawal

In a previous interview, Karan had claimed that Nisha is ‘bipolar, abusive and aggressive. Speaking about Nisha’s ‘shocking’ behaviour, he told India Today, “For me, it’s all very surprising. If Nisha asks for any amount, from where will I bring so much money. I was doing all this for Kavish, my child. It could have been solved with talks. My parents were also trying but Nisha left. I could see that she was trying to get me away from my child.”

On Tuesday morning, Karan was arrested and was bailed out after a domestic disturbance with his wife, Nisha Rawal. As per the ANI report, the actor was arrested after his wife Nisha filed a complaint in the Goregaon area last night after a brawl between the couple. Reportedly, Nisha has filed complaint under Indian Penal Code sections 336 (endangering human life or the personal safety others), 337 (causing hurt by an act which endangers human life), 332 (voluntarily causing hurt to deter public servant from his duty), 504 (intentional insult with intent to provoke breach of the peace) and 506 (criminal intimidation).