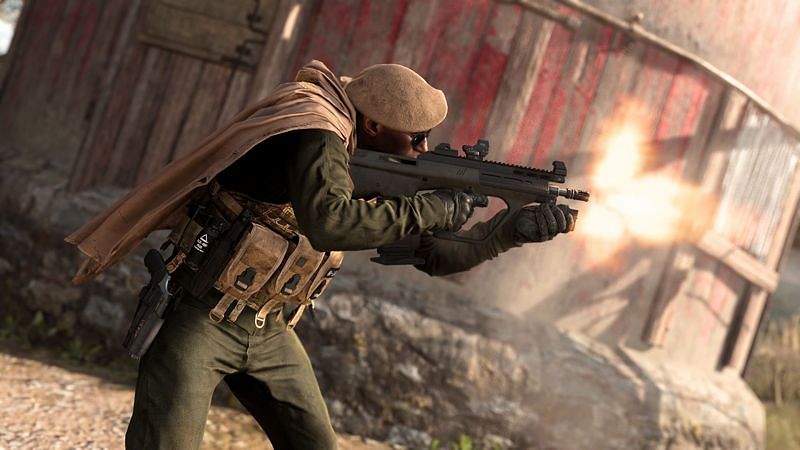 Top 5 SMGs to use in Call of Duty: Warzone Season 3

While assault rifles may dominate Call of Duty: Warzone Season 3, players can still reach that final circle with an SMG and rack up quick kills.

Killing at range is highly valued in Warzone, but that doesn’t mean that close quarters gunfights won’t happen. This is where players are going to want an SMG, so that they can outperform popular guns like the FFAR or the AK-47. It’s important to note that practically all of these guns are best run as sniper support, though they can be paired with long range assault rifles as well. Here are the 5 premier SMGs in Warzone.

Top 5 best SMGs to use in Call of Duty: Warzone Season 3

Of all the SMGs out there, this might be the most user friendly. It doesn’t do the most damage, but the MP7 has extremely low recoil. Paired with a high fire rate means this is an easy weapon to control that also has a high margin for error, so if players miss a couple shots with this weapon, it isn’t the end of the world.

In the days before Call of Duty: Cold War, this was a dominant weapon. It has since fallen back, giving way to other SMGs (including its Cold War variant), but is still a decent gun to use. The TTK is lower than most of the other SMGs available. This does have an odd recoil, though, unlike the MP7. The Modern Warfare MP5 is very potent in the hands of seasoned Warzone players.

Given that Call of Duty: Black Ops Cold War made a couple of nice improvements to this weapon, it shouldn’t be too surprising that it jumped ahead of its Modern Warfare predecessor. This version of the MP5 has a faster rate of fire as well as a quicker ADS speed in Warzone. It also doesn’t have anywhere near the recoil issues that the Modern Warfare MP5 has.

This selection should be the least surprising on this list. The MAC-10 was so popular in Warzone that it took 2 nerfs from Raven to balance the weapon. Similar to the Cold War MP5, the MAC-10 has a very quick rate of fire and reasonable recoil. The asset that puts this weapon over the top is ammunition. With STAGNAG 53 Rnd Drum attached, players are barely going to have to reload.

It is certainly a close decision between this and the MAC-10, but at the end of the day, those 2 nerfs left the MAC-10 far from what it was. Bullfrog should be more popular in Warzone, anyways, since people might want to experiment with different SMGS. The Bullfrog’s ammo capacity slightly surpasses that of the MAC-10 with a massive 65 Rnd Mag attachment. In short range gun fights, nobody is going to have time to reload. Bullfrog users can take on multiple opponents without needing a reload break.